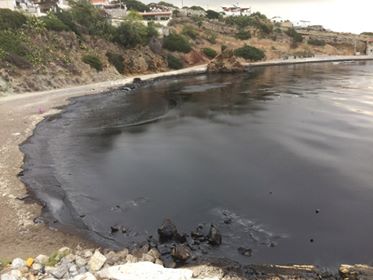 More than two thousand tones of fuel were poured into the sea when a tanker sank off the island of Salamis in the west of the Argo-Saronic Gulf on Sunday. An unprecedented ecological disaster with huge impact on the environment, the wildlife and the local economy.

Tanker Agia Zoni II was reportedly loaded with 2,200 tones of fuel oil and 300 tones of marine gas oil it had loaded in Aspropyrgos. 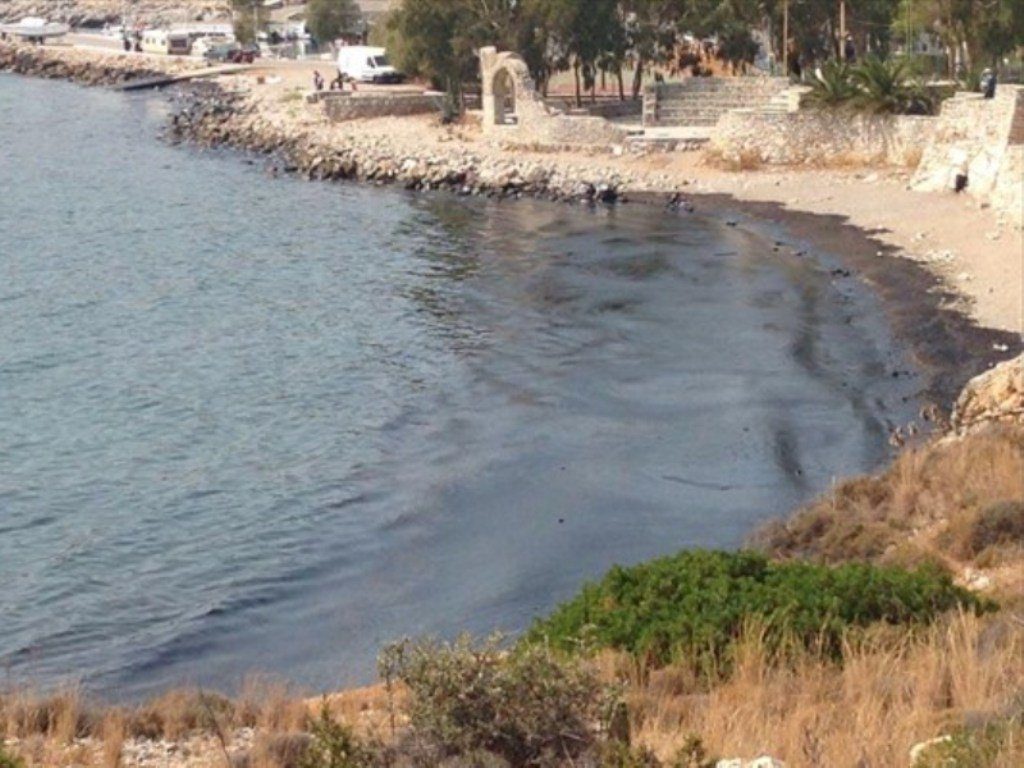 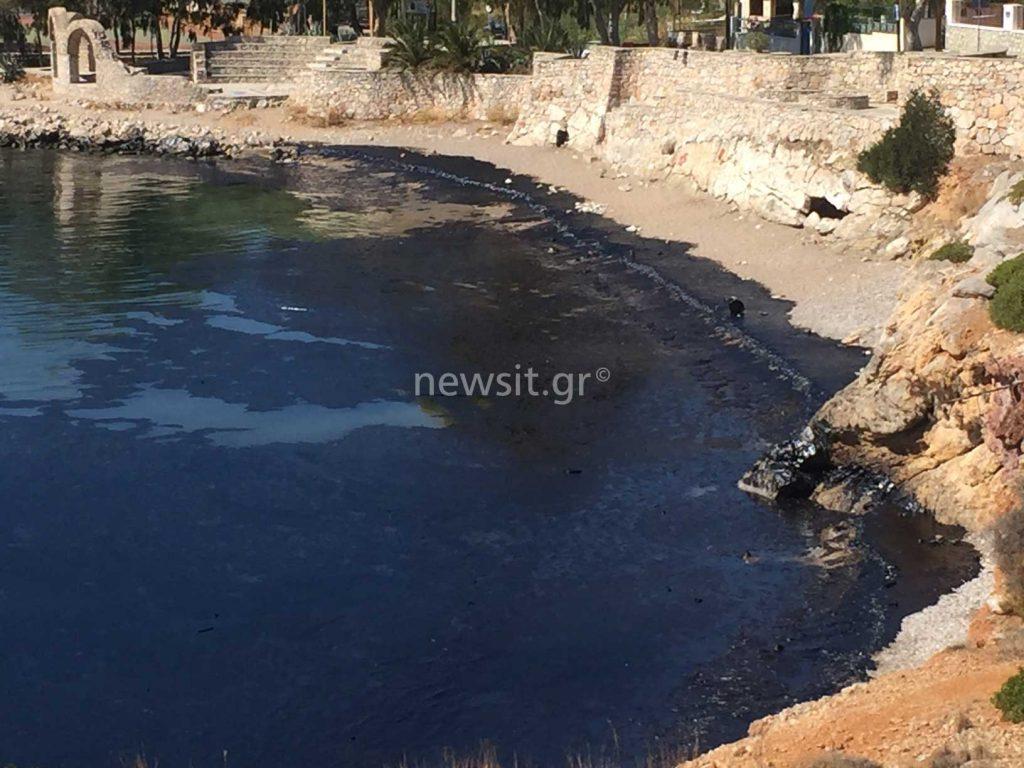 The pollution of fuel and tar extends 1.5 – 2 km between Kinosoura and Selinia. 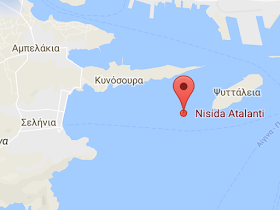 At the time of the incident, two out of eleven crew members, a sailor and an engineer, were on board. They jumped into the sea and were rescued by tug boats. They were taken to a hospital in Piraeus for precaution reasons. They were later released as they were in good health.

Another tanker sailing in the area had informed the Coast Guard that Agia Zoni II was probably about to sink.

The captain and the A’ engineer were arrested and set free until trial.

The first spots of pollution were visible short after the sinking.

According to a statement of the Salamis Municipality, the pollution had reached Kinosoura and Selinia by Sunday afternoon.

Also the Greek Coast Guard said that the pollution was ‘discovered’ in the afternoon. 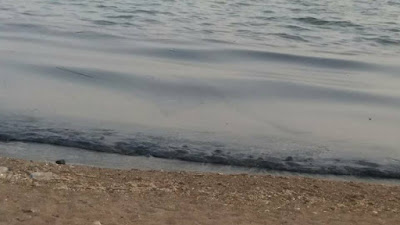 Reasons for the tanker sinking are not known, experts investigate information that sea water most likely leaked into the engine room. The tanker reportedly began to sink with the stern. 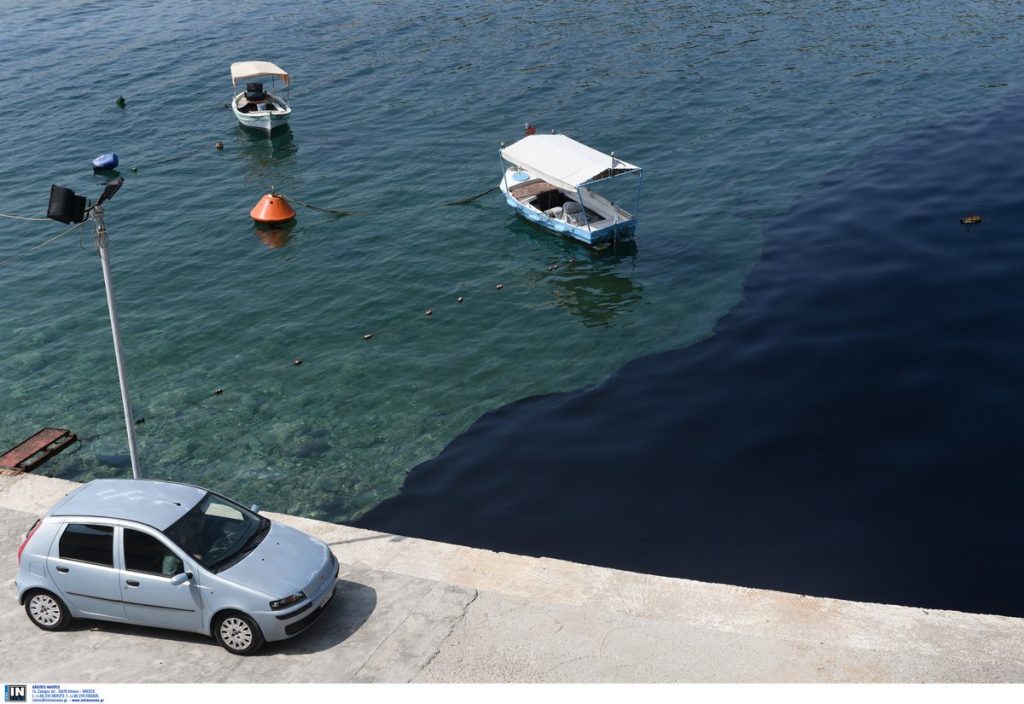 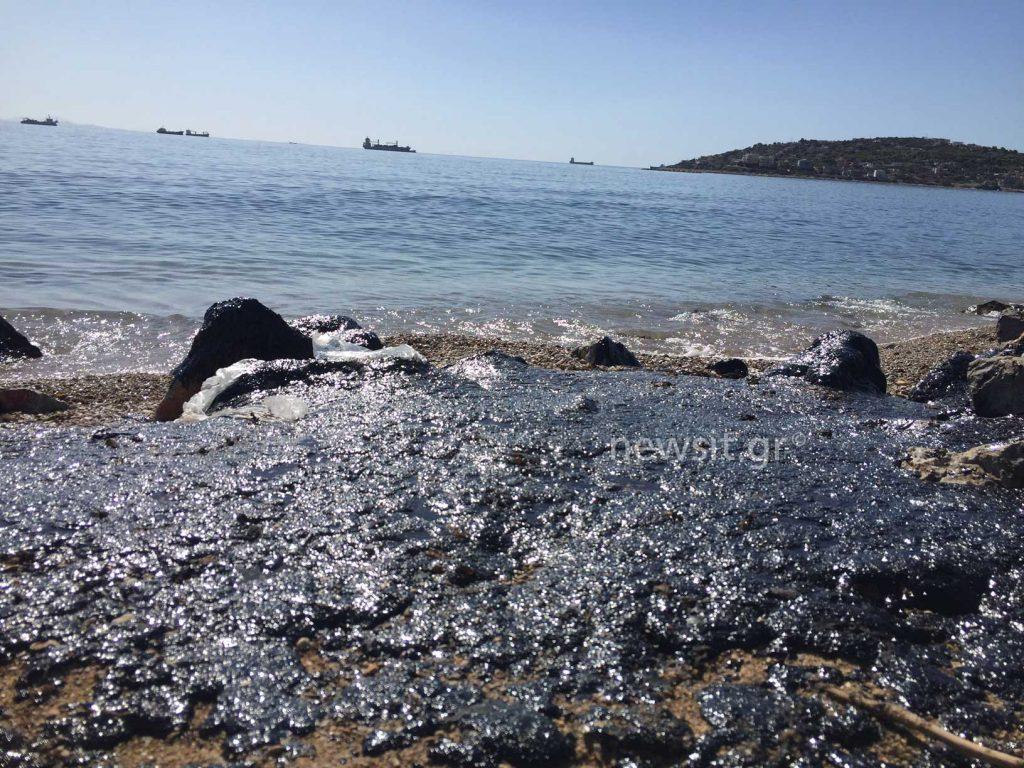 The beaches where hundreds used to enjoy the sea have turned black – covered by tar and mazut.

Locals report of sea animals that have already died due to the pollution.

A resident of Selinia said they woke up at 4 am on Sunday because of the fuel smell. “We went to the beach and saw several ships, we heard a tanker had sunk.” The woman said they saw a young seal coming out of the fuel and dive inside again. “She probably died. Later we found a dead bird. We were proud of Selinia, now it will take several years until it is clear again.”

NGO for the Wild Life Protection ANIMA said in a statement it is ready to accept fuel-affected sea birds or other animals. Telephone numbers: 2109510075, 6972664675. ANIMA advises citizens to hinder animals from going into the sea and urges them to catch them with a towel or cloth. “If you put the infected animals in a carton box, beware to open a lot of holes in order for the fuel fumes evaporate.”

“How can you clean this?” a local says pointing out at the thick layer of tar and fuel. 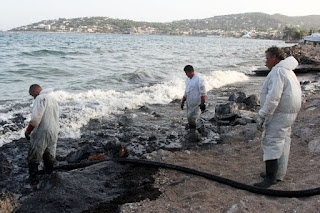 Two companies are currently assigned with the cleaning of the sea and the shore line. The cost is to burden the shipping company.

At the same time, the Coast Guard says that works to seal the tanker have been concluded. Several floating dams have been set around the tanker.

One of the private companies operates with a 25-member crew, 5 vehicles and anti-pollution vessels.

The mayor of Salamis, Isidora Nannou-Papathanasiou, calls on the ministries of Marine and Environment central government to accelerate efforts and support and send more staff and resources to work against the pollution.

“Should the wind change direction, the pollution would spread in the whole Saronic Gulf,” she warns.

Locals are furious about the pollution and blame authorities for belated reaction to the disaster. They point out at the economic impact as visitors already remain and will remain away.

Salamis is a favorite destination for thousands of visitors from Athens, Piraeus and the broader Attica area.