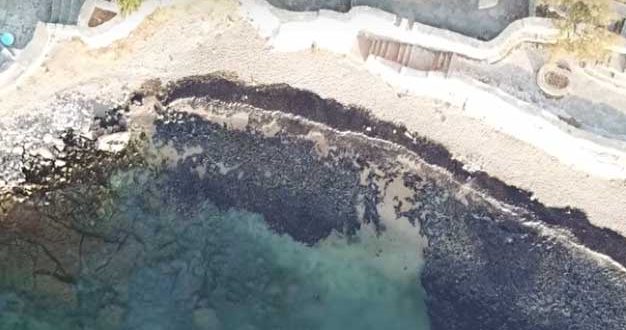 The Port Authorities of Piraeus have seized the tanker “Lassaia” (Lassea) that was pumping fuel from the sunken tanker Agia Zoni II and arrested the captain and the chief engineer on suspicion of illegal fuel trade on Tuesday afternoon.

According to a statement issued by the Greek Coast Guard, the Captain and the Chief Engineer of  tanker “Lassaia” were arrested for violating the “National Customs Code.”

During a control check, “significant quantity of  petroleum mixture was found in the ballast tanks without the necessary legal documents.”

The vessel and the found fuel were seized and the arrestees are to be taken to prosecutor of Piraeus, the Coast Guard statement said adding that Lassaia was responsible for pumping fuel oil from the wreck of Agia Zoni II.

According to media, estimated 100 tones were found between the first and the second ballast tanks of the double-bottomed tanker Lassaia.

Authorities investigate whether there was a leakage in the tanker or some illegal trade was involved.

According to athensnewsagency,  skai.gr,  and other media, the captain and the chief engineer were arrested on suspicion of illegal trade.

For the time being, and until the case has been clarified, the Lassaia is not allowed to unload fuel. At the same time, doubts concerning the tanker’s tightness have risen.

The certificates of the tanker Lassaia expired yesterday (Tue). A decision by the Prime Minister after the Agia Zoni II wreck, cancels provisional extension of seaworthiness certificates.

UPDATE: The prosecutor in Piraeus raised misdemeanor charges against the captain and the chief engineer of Lassaia on Wed afternoon. The charges refer to violation of the Greek Customs Code. KTG understands that with the illegal load, the state was deprived of an amount lower than 150,000 euros in taxes. the two are to appear before the court on Thuraday.

It is estimated that there are still some 1,000 tons of fuel in the sunken tanker.

Eleven days after the tanker wreck and the causes of the sinking remain …unknown.

Agia Zoni II sank in the early morning hours of Sunday, Sept 10th 2017, while it was anchored off the islet of Atalanti between the island of Salamina and the port of Pireaus. At the time of the ‘accident’, weather conditions in the Saronic Gulf were fair.

PS Lost in fuel and tankers and the Greek reality… *sigh*