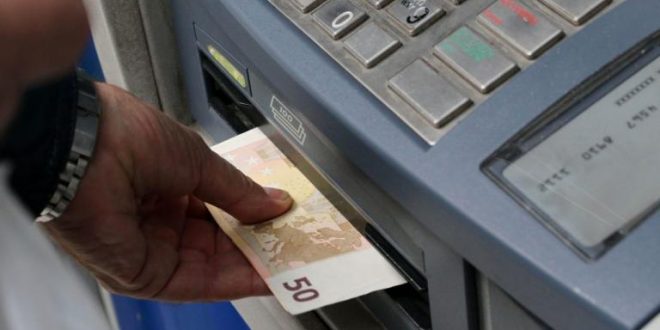 February 28, 2018 Economy Comments Off on Greece eases Capital Controls restrictions as of Mar 1st – All the changes 3,492 Views

Greece has taken further steps to ease the capital control restrictions as of 1. March 2018. Euclid Tsakalotos has approved a series of measures that ease the restrictions, the decision has been already published in the official gazette. The measures raise among others the monthly withdrawal limit and allow the opening of new bank accounts.

The finance ministry said in a statement that the decision to ease capital controls is part of  the road map for the gradual easing of restrictions in withdrawals and money trasnfer abroad. Aim of authorities is the full lifting of restrictions as soon as possible while maintaining the financial and macroeconomic stability,  the statement notes.

Capital controls were imposed end June 2015, amid tough negotiations between Greece and its European creditors and after the European Central Bank had cut the liquidity life line to Greece followng orders by German finance minister Wolfgang Schaeuble as a blackmail measure.

Ever since the beginning of the capital controls the daily withdrawal cap was limited to 60 euros, that is 1,800 euros per month.

Many Greeks, possibly also government officials, had thought that the capital controls would be totally lifted within a year. Little did they know…