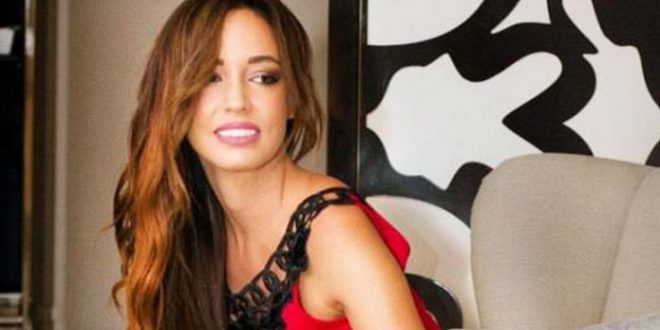 New Democracy expelled Elli Papaggeli on Tuesday morning after the model and member of ND Youth organization ONNED claimed in a controversial post n her social media account that PAOK supporters were “Bulgarians.”

The ND branch in Thessaloniki said in a statement that “such divisive statements affect all Greeks and especially our fellow citizens in Northern Greece. Moreover such positions are inconsistent with the principles and values of New Democracy.”

Pappageli was not a member of the parliament but she was well known in media and social media due to her controversial posts. One of them was that she had read Marx’s Capital at the age of 15 and “had rejected it.”

After the incident with PAOK owner Ivan Savvidis who stormed the football pitch with a gun, PAOK supporters started a petition in which they warned they would not respond to “military mobilization” and would not join a war” should PAOK FC be punished with a severe penalty.

Papaggeli commented on the signatures action writing “They will, but on the Bulgarian side.”

Her post triggered an outrage not only among PAOK supporters.

Meanwhile,Papaggeli already deleted her controversial post and wrote in another post that she considered it as “unacceptable” to see people refraining from joining a war for the sake of a football club.

Her intention was not to offend “innocent PAOK supporters and residents of north Greece…” etc etc.

No war is imminent in Greece, it is just the nationalistic spirit especially in Northern Greece is on fire due to Turkey’s threats and the negotiations on FYROM’s new name.