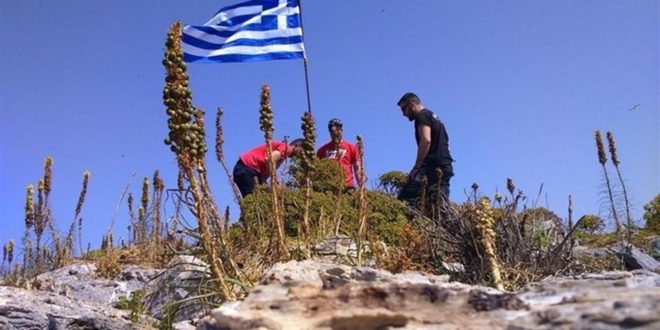 April 16, 2018 Turkey-GR Comments Off on Turkey claims “commandos have removed the Greek flag from an Aegean islet” 4,429 Views

The official Ankara claims the Turkish Coast Guard has illegally landed on a Greek islet in the eastern Aegean Sea and took down a Greek flag. Speaking to reporters in Istanbul, Turkish prime minister Binali Yildirim said “There was an attempt to plant a Greek flag on an uninhabited rocky islet of Antropofas across from [the Turkish resort of] Didim yesterday. Our coast guard removed the flag from there.”

He refrained from elaborating on when did this happened exactly. Distorting realities and lying, he urged “Greece to refrain from provocative moves” that “would further escalate tension between the two neighbors.”

Turkey has removed a Greek flag planted on a rocky islet in the Aegean Sea, Prime Minister Binali Yıldırım has said, urging Athens to refrain from “provocative moves” that would further escalate tension between the two neighbors.

“Our advice to Greece is to stay within the boundaries of good neighborly relations and to avoid provocations that would escalate tension,” Yıldırım said.

The Turkish prime minister said tension in the Aegean has been rising once again in recent months “due to Greece’s recent provocative moves,” particularly over disputed islets.

“No one should think that we would give any concessions over our sovereign rights. We are determined to give necessary responses against de facto interventions,” Yildirim added according to Turkish media.

Pictures uploaded on Greek internet claimed that three young men from the island of Fourni had sailed to the rocky islet of “Mikros Antrhopofas” (Little Maneater) on Friday, April 13th, and hoisted the Greek flag on the islet.

According to unconfirmed reports, they had hoisted more flags on five uninhabited islets in the area. However, the pictures shots do not a priory confirm the location of the islets. 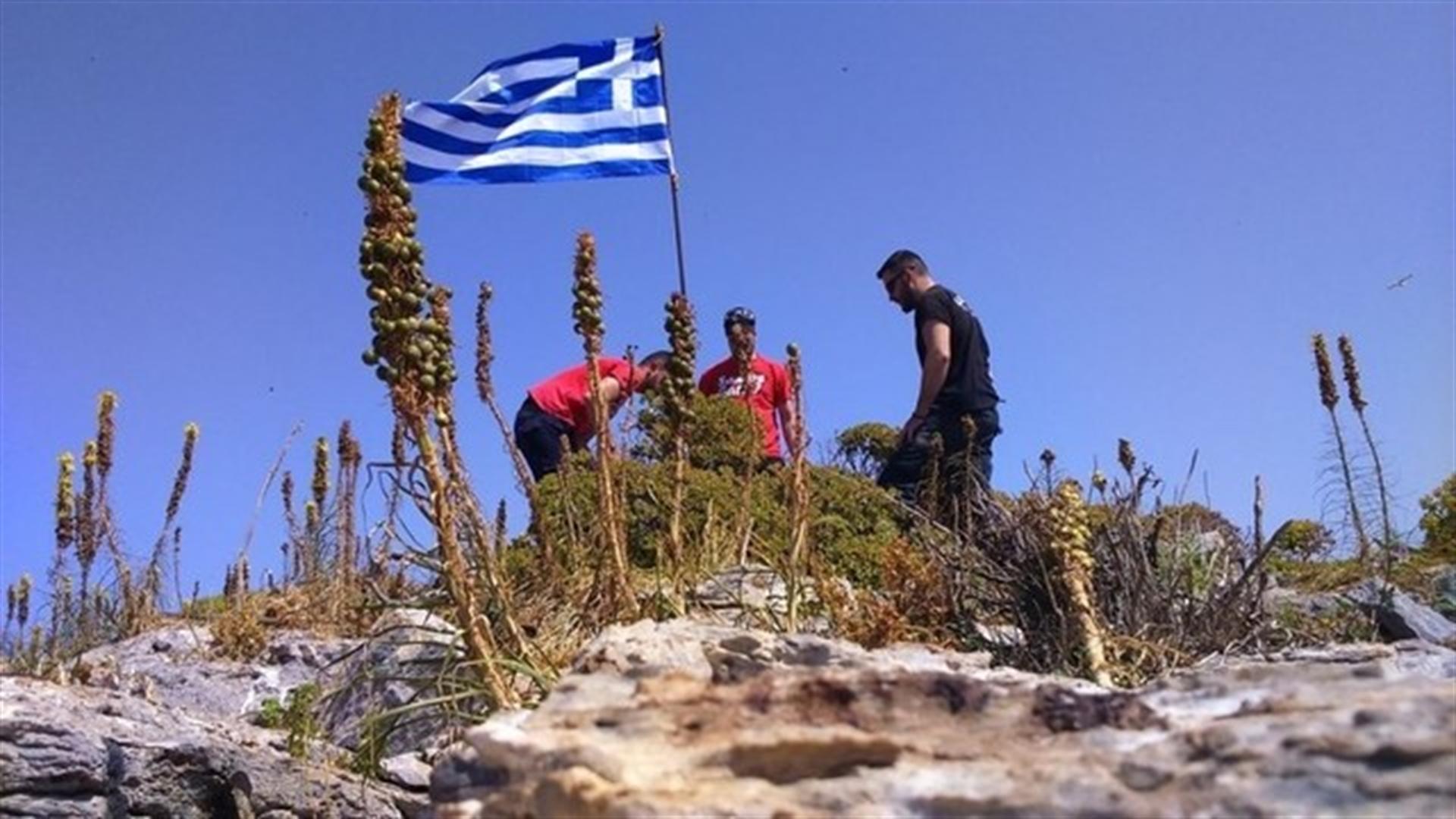 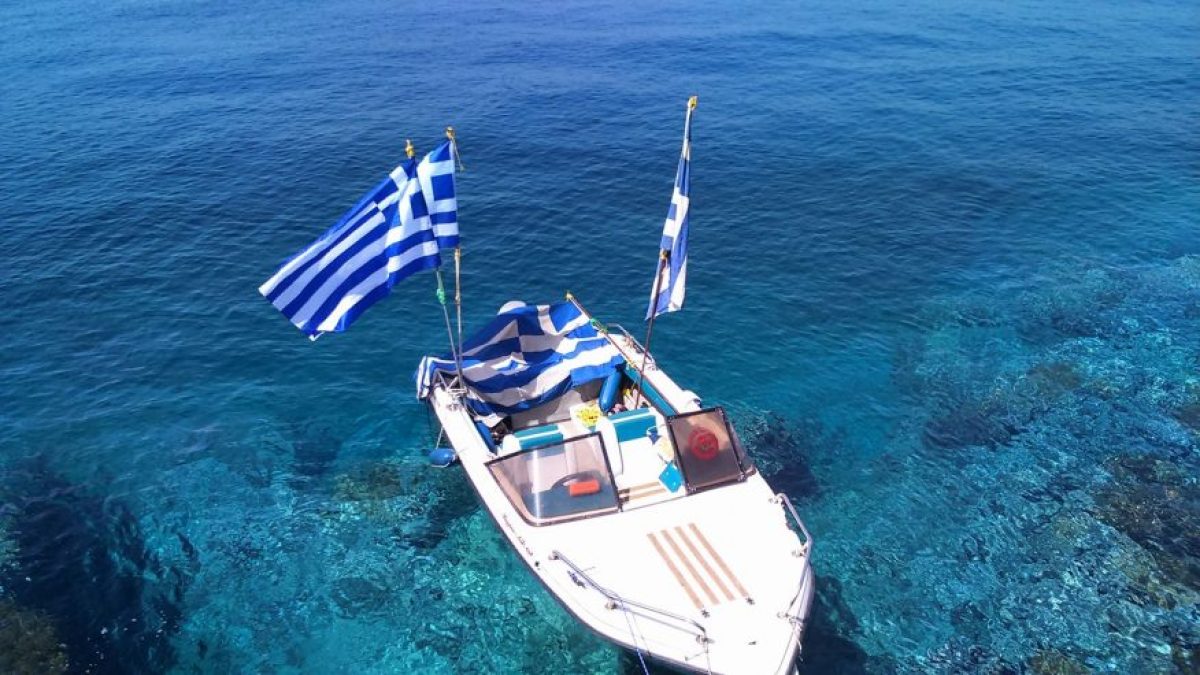 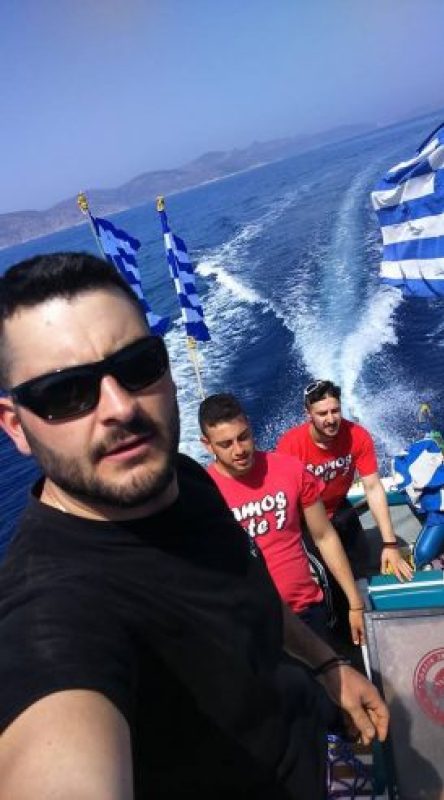 A local media in the area posted the pictures with an article boated with national pride. “The flag was hoisted at the highest point of the islet, so that everybody can see it. Well done!” samos24.gr wrote.

The islet is south-east of the island of Fourni.

According to Turkish Foreign Ministry, Mikros Antrhopofas is among the 127 islets and 25 islands in the Aegean Ankara considers as disputed areas.

So, the Turkish Coast Guard allegedly violated Greek territorial water and sailed more than 30 nautical miles in Greek waters to approach the islet without the radars of Greece to take notice? Or was it “Turkish commandos” on a nigh-and-fog mission as Turkish foreign minister Mevlut Cavusoglu claimed? 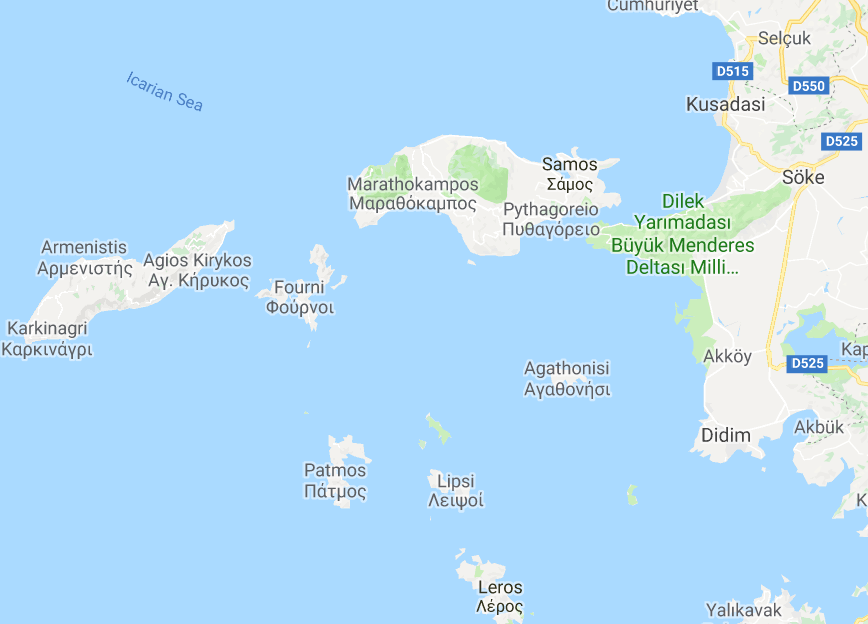 Worth noting: Mikri Anthropofag islet is anything but “across Didim” as Turkish PM claimed. There is a tiny islet  they call “Panayir Adasi” that apparently belongs to Turkey. The uninhabited islet has a church on it from the times when Greeks had inhabited the coast of Asia Minor before 1922. 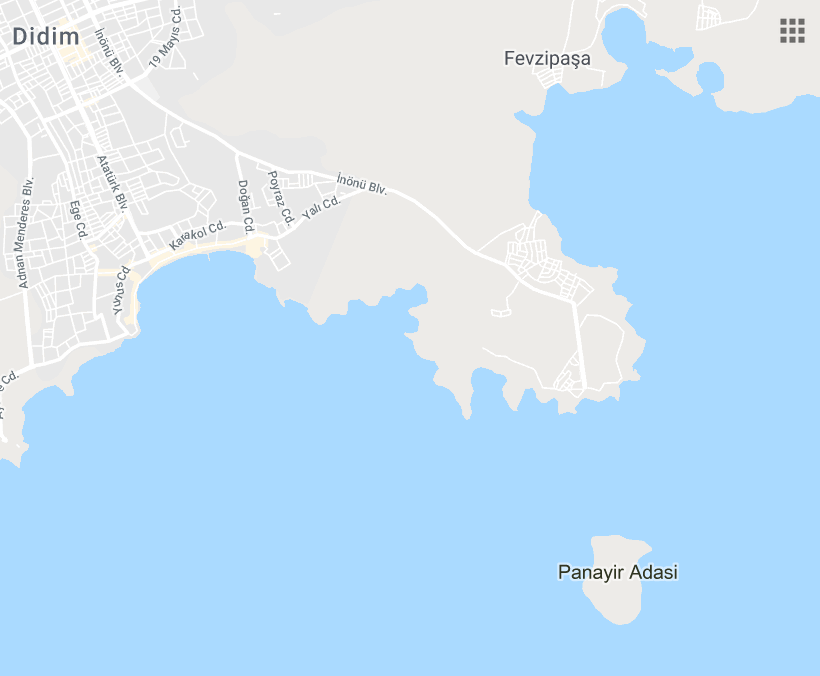 Have Turkish officials fallen victim to their own provocations?

The mayor of Fourni told media early afternoon on Monday, that the Greek flag was still on the small islet.

While Turkish officials are apparently struggling to agree on a common argumentation line, the Greek government vehemently dismissed the Ankara’s claims and so did the Defense Ministry and the Navy General Staff.

Government spokesman, Dimitris Tzanakopoulos, said “According to Prime Minister Alexis Tsipras’ latest information from the Defence Ministry there was no incident of violation of the Greek territory.”

“However” he added, “we continue the investigation with seriousness and cool headedness”.

In any case, he underlined “I must say that Mr. Yildirim’s statement was extremely provocative and condemnable and Greece will not accept the theory of the ‘grey zones’ or any questioning of its territorial sovereignty.

Many Greek news outlets and websites recon that the whole ‘incident’ reminds of the Imia incident on 20. January 1996, when four Greeks from the island of Kalymnos hoisted a Greek flag on the one of the two islets of  Imia.  A week later, on January 27th,  a small group of Turkish journalists from Hurriyet daily landed on the islet with a helicopter, lowered the Greek flag and hoisted a Turkish flag, the whole event being broadcast live on Turkish television.

Greece and Turkey came on the verge of a military conflict over the issue.

By Monday afternoon, reports coming from Turkey claim that there is footage showing Turkish forces removing the Greek flag.

PS If our suspicion is true, we can’t hide our anticipations to see how Turkish commanders risk their lives to remove flags from their own islands… They must be really desperate – or they just wanted to show off now that NATO general secretary is visiting their country.