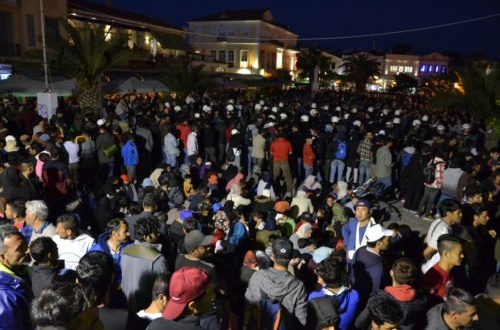 April 23, 2018 Politics, Refugees Comments Off on League for Human Rights expresses “dismay” over the racists attacks on Lesvos” 344 Views

The Hellenic League for Human Rights condemns the racist violent attacks against refugees and migrants on the island of Lesvos on Sunday.  Expressing its particular concern, the HLHR said in a statement issued on Monday,  the attacks ’cause dismay’, the ‘no arrests of perpetrators pose serious questions and requite further investigation.”  The HLHR urges the Greek state to

The Hellenic League for Human Rights expresses its particular concern about the incidents of racist violence that occurred yesterday at Sappho Square in Mytilene. There were refugees in the square who complained about the process of examining their asylum claims and their long encroachment on the island. Attacks by extremist groups, by throwing crackers and other objects on protestors, and racist slogans such as “Burn them alive” are causing dismay. The fact that, despite the presence of strong police forces at the scene of attack, no arrests of the perpetrators of the attack pose serious questions and requires direct investigation.

The HLHRhas repeatedly stressed that the persistence in the implementation of geographical restrictions is likely to irreparably damage the social and political cohesion of island regions. The link between the rise of xenophobia and racist incidents and the long-standing overcrowding population in the islands as a consequence of the implementation of the EU-Turkey Deal  has already been highlighted by the Network for Recording Incidents of Racist Violance in its annual report.

For these reasons, there is an urgent need, instead of the lack of care from the State Mechanism, to give due importance to avoiding extreme right-wing expressions and further social destabilization. This, irrespective of the fact that nothing “justifies” the manifestations of  apparently organized racist violence. The state has to safeguard the legitimate safety that is jeopardized and accredit responsibility to those responsible for yesterday’s assault. 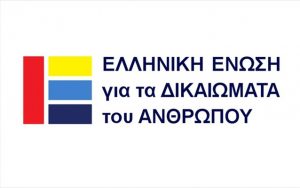