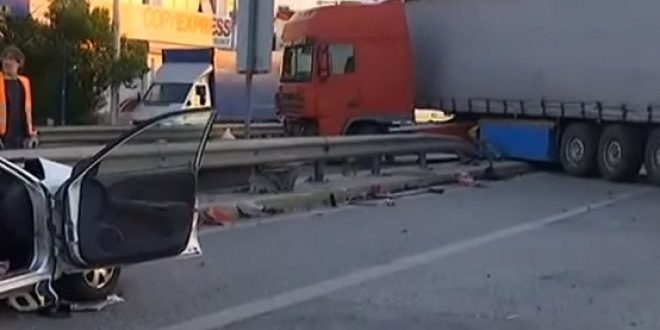 May 9, 2018 Very Mix Comments Off on Lorry in crazy race, two die, one seriously injured in Athens highway (video) 726 Views

A  horrible traffic accident on Kifissos highway cost the lives of two men and sent a woman seriously injured to the hospital. The accident was caused by a lorry whose driver lost control of the vehicle while on the lane from Athens to Lamia.

Footage from CCTV shows the lorry moving on high speed, breaking the dividing bars between the two lanes and crashing on two cars driving on the left lane in the opposite traffic stream in the direction to Piraeus.

The speed is so high that the lorry does not stop after it crashes on the bars and the two cars.

The accident occurred 20 minutes before 6 o’ clock on Wednesday morning after the the exit to <Iera Odos> in the area of Egaleo.

Fire Brigades and rescuers rushed to the area and had to pull two drivers and a passenger from an amorphous iron masses.

The 64-year-old truck driver came out of the vehicle in a condition that reportedly seemed he was in shock or intoxicated or rather both. Citing traffic police media report that the quick alcohol test on the spot of the accident showed a level of alcohol higher than allowed.

Further blood and urine sample are to determine the exact levels of alcohol.

The truck driver is in custody, expecting to testify to traffic police and give his own version about the causes of the fatal accident. 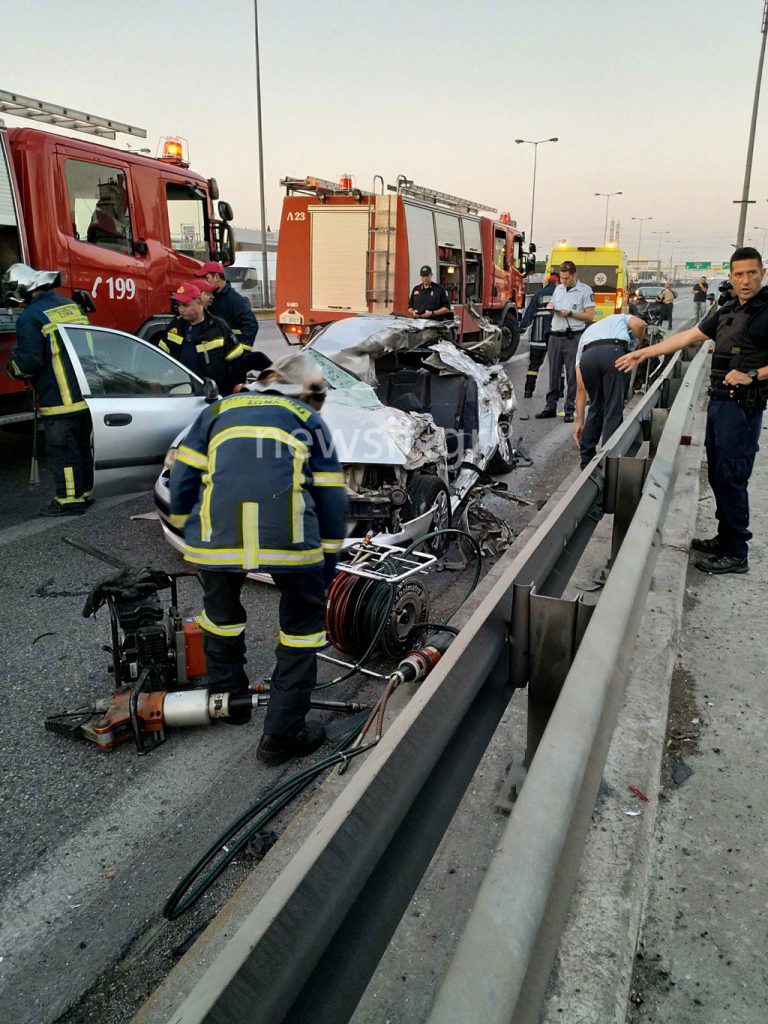 The drivers, a 65- and a 60-year-old men, had not time to react, media report. The daughter of one, a 34-year-old woman is fighting for her life in the intensive care of a hospital in Athens. The dead drivers and the woman are Albanian nationals, Skai TV reported at noon.

The lorry driver has not suffered any serious injuries.

Traffic police removed the truck and the cars around 9:30 in the morning, giving the lane back to traffic.