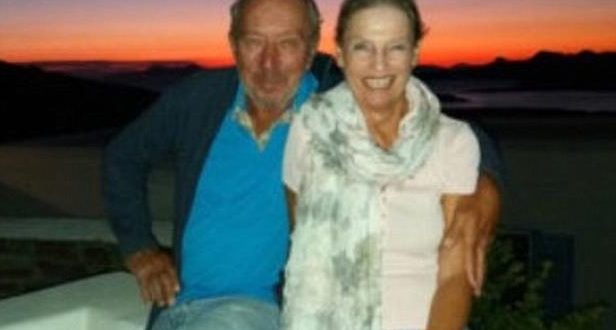 Τhe son of murdered British expat, Derek Arber, was arrested the moment he returned to Greece on Tuesday night. The man had reportedly fled to Spain, after the murder of his father, a hotelier on the island of Antiparos, last month.

The body of 65-year-old Derek Arber was found in his home in the complex of villas for rent he had together with his wife in Agios Georgios settlement in the south of Antiparos.

The victim was stabbed on the back with what forensics found a screwdriver and had strangulation marks.

Son, Robert, was visiting his father and had disappeared from the island after the murder.

The victim was found on Sunday afternoon. His wife and their daughter were not in the country.

Robert is the oldest of two sons from a previous marriage of the victim.

Police suspected that the son was the murder of Derek Arber as he was the last person to have seen him.

Father and son had visited a local restaurant on the previous evening a Saturday and they had a loud argument later on that night, witnesses told Greek media.

The Prosecution of Syros in charge of the island of Antiparos in the Cyclades had issued an arrest warrant for Robert Arber.

He was arrested in the International Airport of Athens. He has been already transferred to the island of Syros and is due to appear before the prosecutor, Greek media report on Wednesday afternoon.