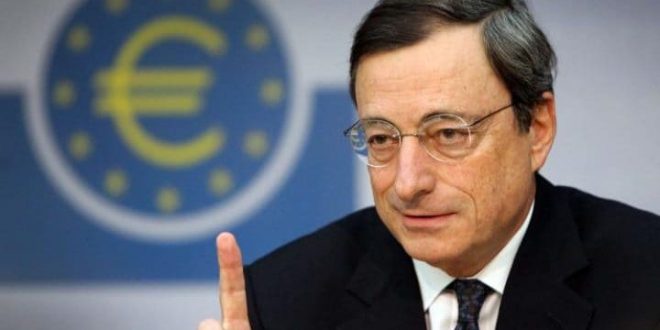 The bitter remedy Greece’s creditors prescribed to millions of Greeks during the economic crisis was the wrong medicine. Massive spending cuts and strictest austerity in order to get fresh loans and help from the European Central Bank, the International Monetary Fund and the European Stability Mechanism were based on miscalculations. The famous “wrong multipliers,” created a fiscal flop and consequently new loans as the countries could not recover. Too strict austerity hindered growth. The ECB confirms that technocrats learned through the “experiment with real Greek lab rats.”

The experts developing the ‘remedy’  made experiments as they had no previous experience on how to solve problems in a common currency area.

The economic ‘doctors’ and fiscal forecasters learned during the crisis and “on the scurfy head” as we say in Greek.

Exaggerated austerity imposed by the European Commission and the ECB in the first few years have deepened the economic crisis in Greece and the other countries of the European South and in extension also the euro crisis.

An recent ECB working paper with the title “Learning about fiscal multipliers during the European sovereign debt crisis: evidence from a quasi-natural experiment” confirms the ….

“Identifying fiscal multipliers is usually constrained by the absence of a counterfactual scenario. Our new data set allows overcoming this problem by making use of the fact that recommendations under the EU’s excessive deficit procedure (EDP) provide both a baseline no-policy-change scenario and a fiscal-adjustment EDP scenario that entails a forecast of the macroeconomic impact of fiscal consolidation over the EDP horizon,” the study notes in the abstract.

“The big problem with empirical work on fiscal policy has always been
that you rarely get anything resembling a natural experiment. [..]
But Europe after 2009 provided something that, while not a perfect natural
experiment, was much closer than anything we’re likely to see for a long
time.”

The four ECB economists who worked on the study confirm that those developing the austerity program were just experimenting.

“For a sample of 24 EU countries to which 48 EDP recommendations were applied between 2009 and 2015, we derive country-specific fiscal multipliers as actually applied by forecasters during the crisis. Our results confirm Blanchard and Leigh’s (2013, 2014) presumption that forecasters learned during the crisis.”

Blanchard and Leigh, economists at the IMF, revealed in 2013 that the IMF was “guilty” that the austerity program imposed on Greece could not work – independently of the reluctance of the Greek governments between 2010-2013 to implement all the prescribed austerity measures and “reforms.”

In their essay, Growth Forecast Errors and Fiscal Multipliers, Blanchard & Leigh found out that the wrong fiscal multipliers they applied not only did not forecast growth but they failed to predict the real economy collapse in the very real Greek world.

“Economy in the IMF program countries had collapsed much more sharply than forecast,” Blanchard & Leigh found out sitting in their comfort chairs and with a significant delay than the people living in the debt-ridden countries and experiencing the sheer economic horror.

The IMF economists concluded that “government austerity efforts dampened economic performance more than expected.”
“Of course, they did,” every non-economist Greek would say, “as the IMF program left absolutely no space for growth, contained zero growth-enhancing measures.”
Fiscal multipliers vs Real Life Technically speaking, the government spending multiplier is not the usual 0.5, but well above 1.
In this sense:
Blanchard & Leigh had had to assume that the European Commission had started from the widely accepted assumption of a multiplier of 0.5.
EU technocrats traditionally quite over-the-top on assumptions behind their forecasts and judgments, most likely due to incompetence, insecurity and the fact that they do not manage their own but other people’s money. Blanchard compared the actual economic performance in the program countries with the forecast and attributed the error to the fact that the multiplier had to be higher than the assumed 0.5 – even much higher. While the Commission still does not announce its adoption as a multiplier, it has become more transparent in other respects, so the assumption can be indirectly determined.
The ECB’s research team used both the Commission’s normal forecasts and forecasts for the excessive deficit procedure. The former are prepared under the assumption of a fiscal policy as laid down in the budgets.
In the case of the latter, however, the Commission assumes that additional consolidation measures will be needed to reduce the deficit below 3% of GDP by a certain year. From the comparison of these forecasts an imputed fiscal multiplier can be calculated.
The prescribed medication was wrong, the patient died.
PS To tell you the truth admitting wrong fiscal multipliers and wrong prescriptions does not mean much to me and the millions of my compatriots who heavily suffered and still suffer from the side effects of a medicine that should be withdrawn from the pharmacies selves as “extremely dangerous for humans.”
Frankly, I also do not care about the motives of  the European Commission that allowed to be kept hostage to German fiscal policies dictates.
Can we reverse the pain and the loss of relatives, jobs, houses and €1,500 from the savings account? We can’t. In this sense, all the reports and studies are just a ‘shake hands’ between technocrats, economists and academics for the sake of scientific research.