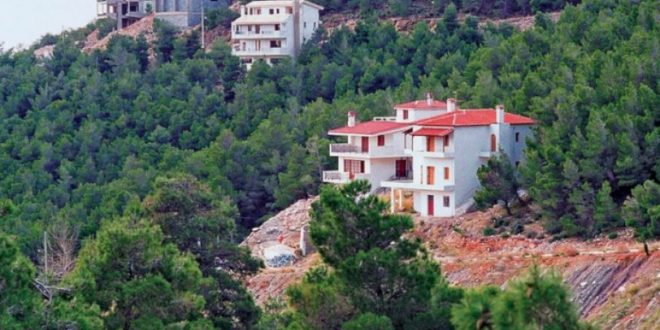 Bad news for homeowners in forest areas. Greece’s Council of State’s plenary session turned down as “unconstitutional” the legislation which allowed clusters of homes within forest areas.

On Friday, the Council of State annulled a ministerial decision (34844/11.07.2016) which allowed small clusters within designated forest areas and could have led to legalizing these homes by exempting them from inclusion in forest maps.

In its ruling, the Council of State said that the only modifications in forestland allowed concerns agricultural purposes or any provable use in the public interest.

It explicitly said that the use of forestland for residential purposes does not constitute a public interest, is unconstitutional, and cannot be legalized even with an executive order by the President of the Hellenic Republic.

The CoS decision refers to some 700,000 homes in arbitrary settlements in forest areas across Greece and thus mainly in Attica, Halkidiki, Evia and Crete, media report.

According to a previous decision of the Council of State only in Attica about 150 arbitrary settlements have been recorded, in which there are approximately 10,000 houses. In West and Northwest Attica, along the Megara – Vilia – Oinoi, there are about 50 settlements with 1,500 homes in forest areas.

The immediate effect of the decision of the Council of State is not clean.

No political leader would dare to order homeowners to bring down their homes. But it could be a guideline for the future.