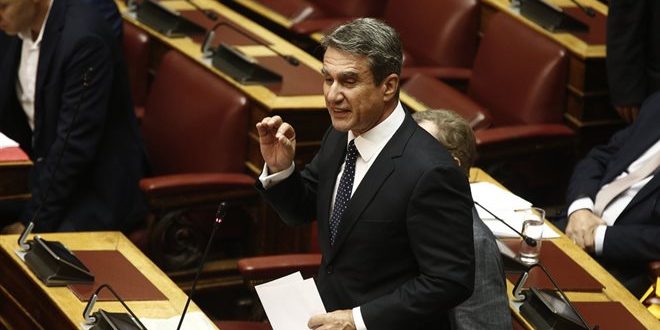 The case file for lifting the parliamentary immunity of MP and former PASOK Health Minister Andreas Loverdos is been submitting to the Greek Parliament. Lifting the immunity will facilitate prosecutors investigating the Novartis scandal to call Loverdos to testify.

According to media, Loverdos is suspect of having received bribes.

The case refers to the time period from April 2011 to May 2012 and is reportedly based on witness testimonies and according to some media also on virtual invoices.

In an angry statement issued just minutes after the news was made public, Loverdos said “I had characterized the psychical and moral instigators [of the case] as despicable and with features of villain. After this today, I add that it is about a gang of criminals.”

According to kathimerini, the prosecutors were to ask the lifting of the parliamentary immunity of one more MP and former Health Minister.

Lifting the immunity of an MP requires a voting in the Palriament.

See also : The Novartis-Gate in Greece

Probe has showed no illicit payments on the accounts of the political persons, initial investigation had alleged that they were involved in the Novartis bribes scandal.

Tomorrow, Tuesday, 20-30 non-political persons among them members of committees as well as executives of advertising companies employees are expected to be summoned as suspects for bribery and possible money laundering.

Opposition parties New Democracy and PASOK speak of “political Waterloo” for the left-wing government saying that the “conspiracy” of SYRIZA against its political opponents collapsed.