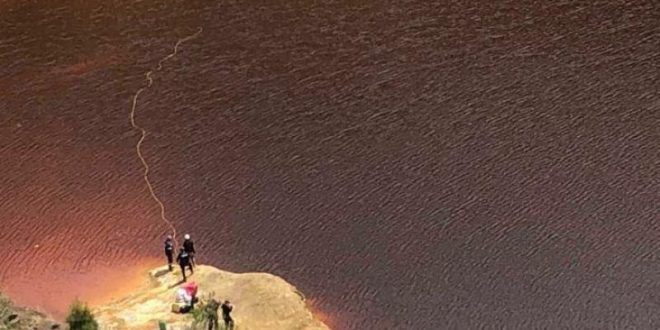 May 6, 2019 Very Mix Comments Off on Cyprus Serial Killer: Body of child found in suitcase in Mitsero Lake 602 Views

Cyprus authorities found one more victim of the serial killer. On Sunday they retrieved a suitcase containing a fully dressed and badly decomposed human body.

Based on the size of the skeleton, it is suspected that the body belongs to a child, most likely 8-year-old Elena Natalia Bunea from Romania. The girl disappeared together with her mother Livia Bunea end of September 2016.

An autopsy in the morgue will try to identify the victim.

It is the second suitcase with a body inside found in the lake of Mitsero. The first suitcase  most likely containing the body of Elena’s mother was found on Easter Sunday.

Serial killer Nikos Metaxas, an army officer, has reportedly confessed to police that he had thrown three bodies in the lake. in addition to the bodies of Bunea mother and daughter also the body of 30-year-old Marica Arquila from the Philippines who disappeared in December 2017.

However, according to local media, also the body of another girl, 6-year-old Sierra Tiburcio was also thrown in the lake. Sierra is the daughter of another victim of the serial killer, 39-year-old Mary Rose also form the Philippines. Metaxas had allegedly said that the girl suffocated in her food when she saw him killing her mother.

The 35-year-old suspect has reportedly confessed the killing of seven people, five women and two children. According to local media, he strangulated his victims. He was arrested in April.

His crimes were conducted for three years, between September 2016 until August 2018.

Cyprus authorities came under sharp criticism for not investigating the disappearance of the man’s seven victims. The women were working as housekeepers in island.

The Justice Minister had to resign and last Friday, President Nikos Anastasiades fired the police chief.

The case, the first of its kind on Cyprus, has triggered horror and outrage among the community.

According to latest information on Monday, a sonar device and a robotic camera have reportedly received signs of an object in the lake that could be another suitcase with a victim.