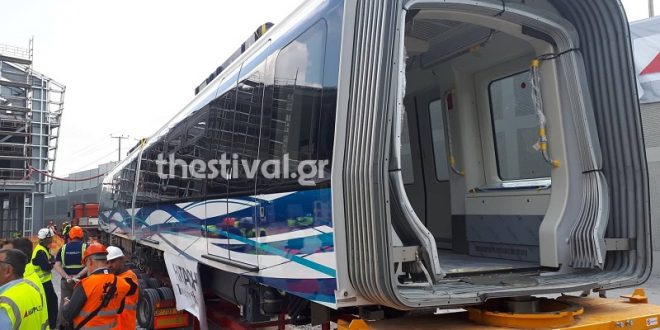 Metro in Thessaloniki: One train closer for the decades-long project to come true

May 16, 2019 Economy Comments Off on Metro in Thessaloniki: One train closer for the decades-long project to come true 449 Views

The carriages of the first metro line have been parked in Pilaia depot since Wednesday. 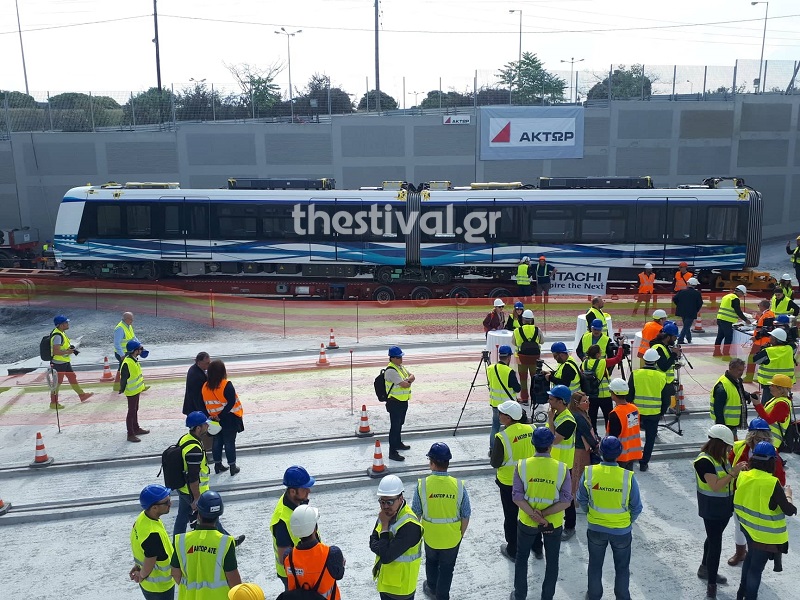 The first metro train includes 4 wagons and arrived in the city from the Hitachi plant in Italy.

The total length of the train is 51 meters with a capacity of 450 passengers. Each carriage is 12.5 meters long. 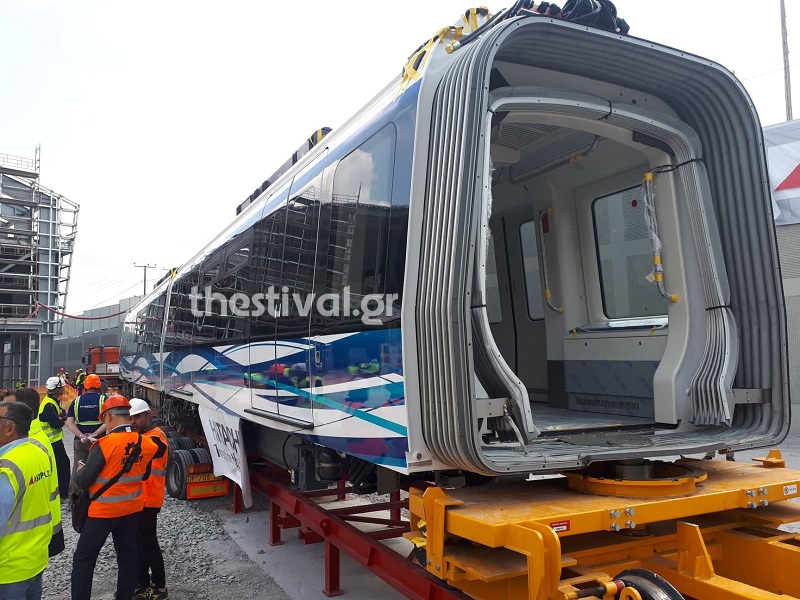 A special track was placed in the area as an iron ramp, so that the wagons could be unloaded from the tractors.

The test routes are expected to begin soon within the depot of Pylea, then along the main line.

According to local media thesival, the train will be able to develop a maximum speed of 80 km per hour and is estimated to have an average commercial speed of 30 km / h.

The scheduled time distance between the metro trains will be 1.5 minutes, meaning that with a capacity of 450 passengers (about 100 seats) per train, the Thessaloniki Metro will be able to carry 18,000 passengers per hour and at full speed and at peak times. 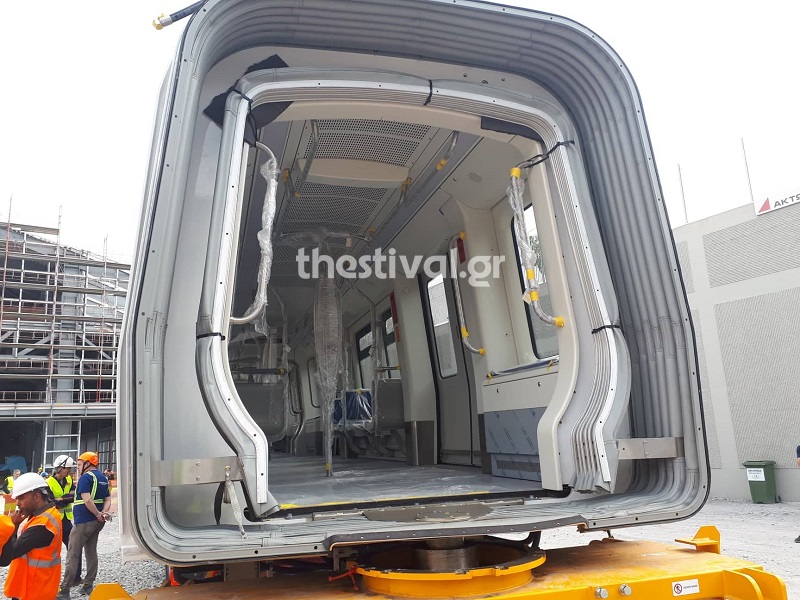 It is noted that the number of metro trains will be 18 in total, will be fully air-conditioned.

The Metro in Thessaloniki will be entirely driverless and remote-controlled.

Infrastructure & Transport Minister Christos Spirtzis hailed the event “as an important day for Thessaloniki and its metro construction, as the first carriages were set on track ahead of trial runs expected shortly.”

On his part, the president of Attiko metro Yiannis Mylopoulos said construction on the Thessaloniki metro project has been completed, including the underground tunnels from the city center to the Kalamaria neighborhood and all underground stations. The first station has already been delivered and will be followed by the next two in the coming weeks.

Mylopoulos said that the main line will start operation within schedule, namely by the end of 2020.

The megaproject at a cost of 2 billion euros was first seriously planned in the 1980s, construction of the main line began in 2006 and on the Kalamaria extension in 2013.

Archaeological discoveries in the city center during construction and part of the Greek crisis are the main reasons the project was delayed.

The metro in Thessaloniki will have two lines and 34 stations -16 of them are under construction.