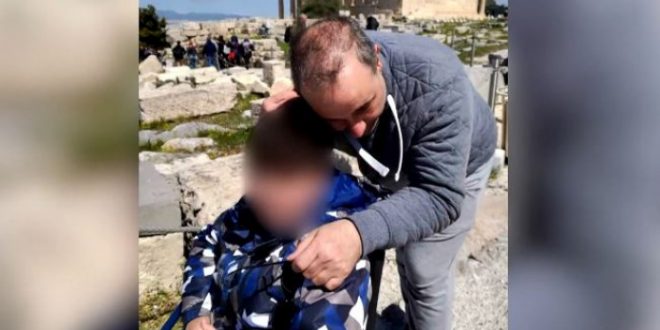 Father carries son up to Acropolis due to damaged wheelchair lift

June 8, 2019 Tourism Comments Off on Father carries son up to Acropolis due to damaged wheelchair lift 452 Views

It needed the tears of a 12-year-old school boy to draw attention to a problem that again sheds bad light to Greece: The platform lift for the transfer of wheelchairs up to the Acropolis has been out of order for several months. The wheel-chair-bound school boy was shocked to realize he was unable to fulfill his dream. In full solidarity the parents of other children carried the wheelchair up the hill, while his father climbed the slippery stairs with a heavy load: his son Ermis in his arms.

It needed a media and public outcry to have the Culture Ministry take action.

The case was revealed following the denouncement by the mother of wheelchair-bound boy Ermis.

The boy and his parents were part of a school group from Nea Raidestos in Northern Greece visiting Athens and the Acropolis.

Arriving at the entrance, they were deeply disappointing to hear that the platform lift was out of order. Visiting the impressive monument was a life dream for Ermis.

Confronted with the situation, the school group decided “either Ermis goes up or no one visits the Acropolis.”

Not having an alternative, his father loaded him on his back and started to climb the often slippery stairs. Not an easy task, since the boy is 1.55 m tall and weights some 60 kg.

Other fathers accompanying the school group transported the wheelchair up to Hill and the Temple entrance. 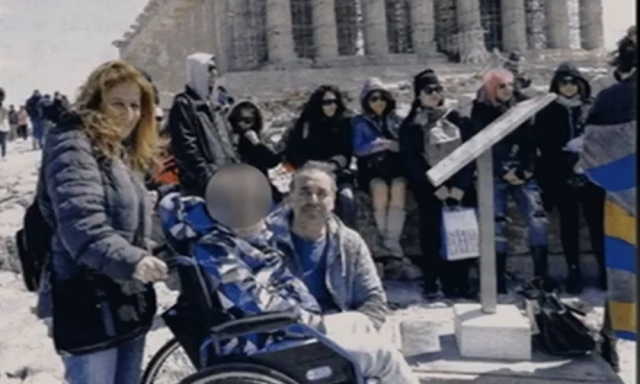 Upon return to their hometown, the parents wrote several letters to Culture Ministry. Letters that were never answered.

On Friday, the parents turned to media, the parents’ association of the school posted their complain on social media. They also reported of a French girl that was carried by a teacher up to Acropolis Hill.

Alerted about the sad and naked truth that the platform lift for wheelchairs has been out of order for several months, the Culture Ministry woke up and demanded the urgent restoration as well as the resignation of the responsible officials.

In a statement issued on Friday,  the Ministry asked for the resignation of the head of the Athens Ephorate and of the head of the Department of Archaeologicla Research and Studies making them responsible for the delay in solving the issue.

“However, responding to this incident has led to the demand for resignations due to shortcomings and a series of mistakes in managing the country’s top monument, which is also one of the most important of all mankind,” the statement said.

Saturday noon and no resignation has been made public yet. 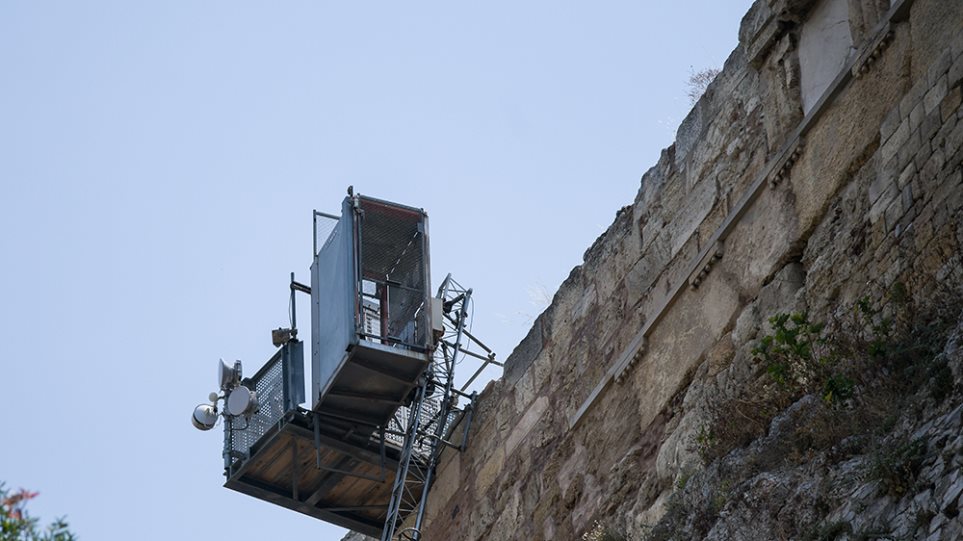 The platform lift was installed in 2004 in order to serve the needs of the Summer Olympic Games.

Saturday morning, the damage has been reportedly fixed, the lift is again in operation.

According to media, the Ministry has ordered the installation of a new platform lift with an estimated cost of a little over one million euros.