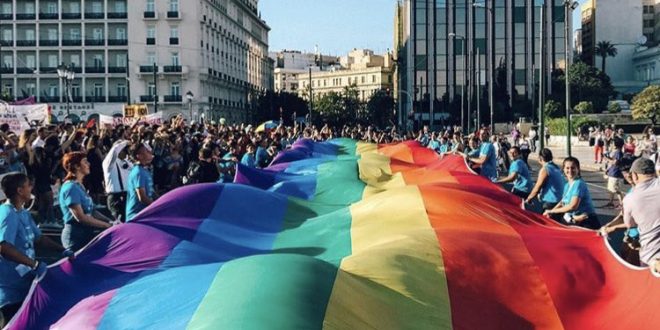 With slogans in favor of “equality”, “respect to diversity” and “No to violence,” a colorful and vibrant crow of over 100,000 people celebrated the 15. Athens Pride on Saturday. Members of the LGBT community from Greece and abroad, supporters, families, politicians and representatives of local governments and several organizations gave send a strong message against discrimination and prejudice. 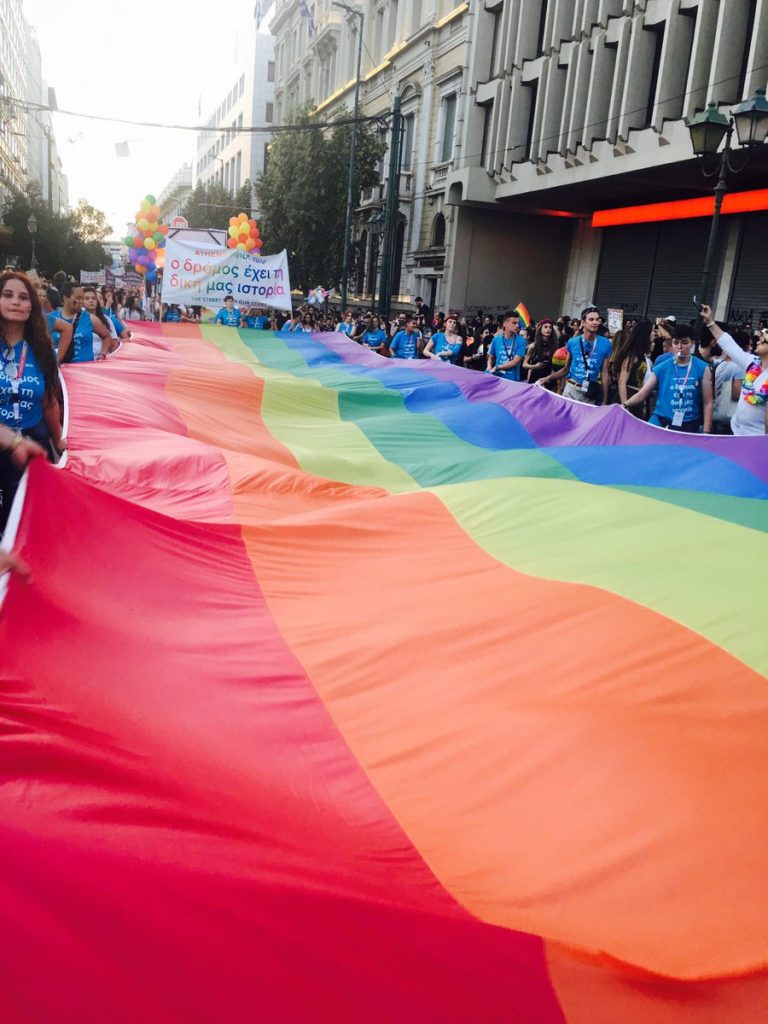 This years Athens Pride was dedicated to Zak Kostopoulos, activist and member of the LGBT community in Athens who was beaten to death by a shop owner and a collaborator in the center of the Greek capital in   2018. 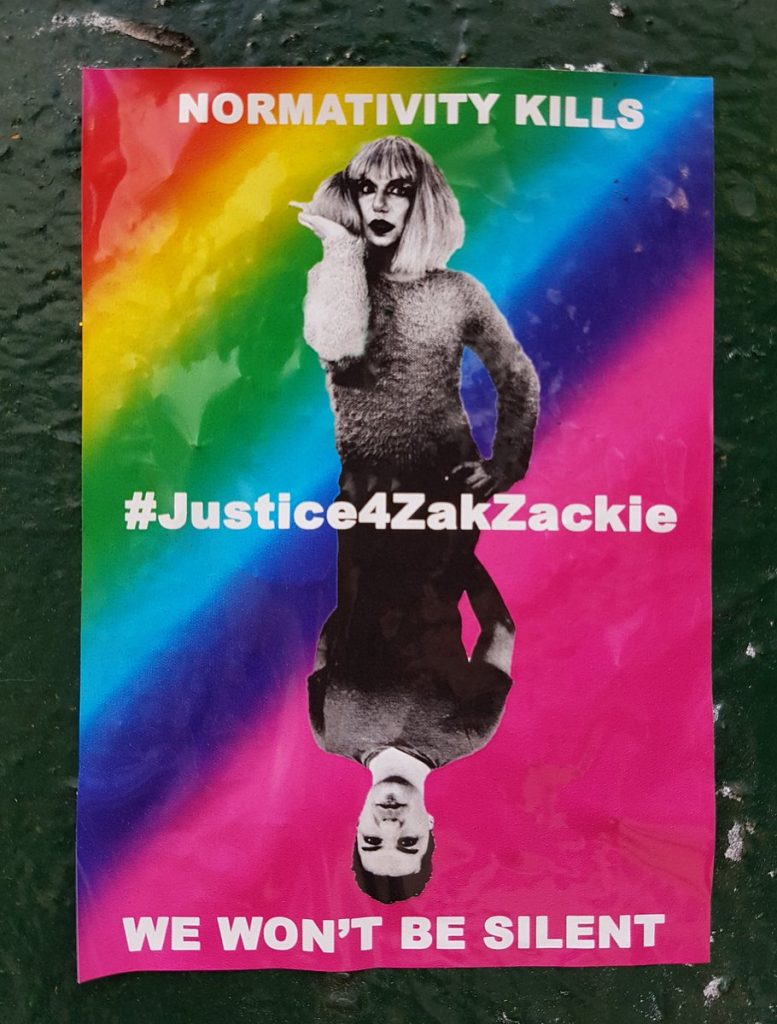 A large group of participants marched to the place where Kostopoulos was killed and demanded “Justice for Zak” and “Punishment for the murderers.”

“We will resist till the end to the barbarism and the social fascism. We don;t step back an inch until hate and darkness have no more place in our societies. The lives of all od us matter.” 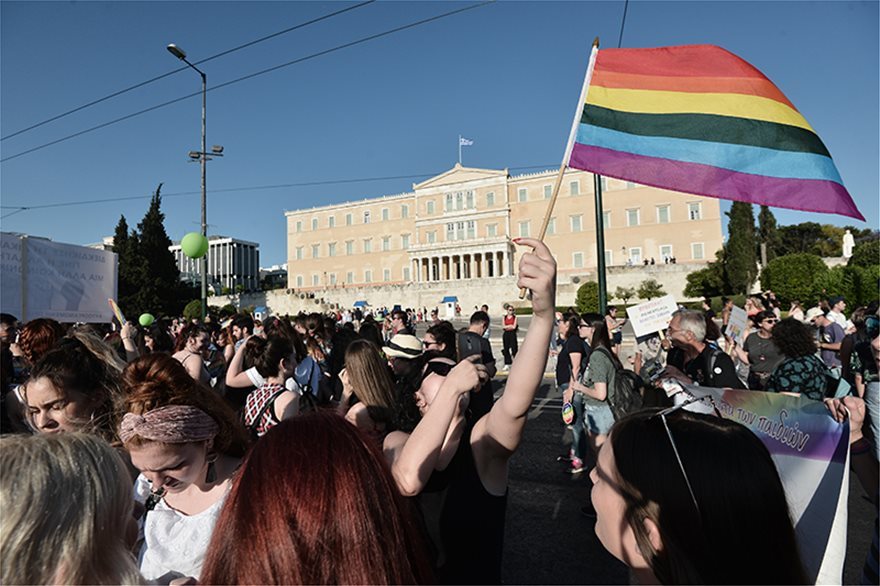 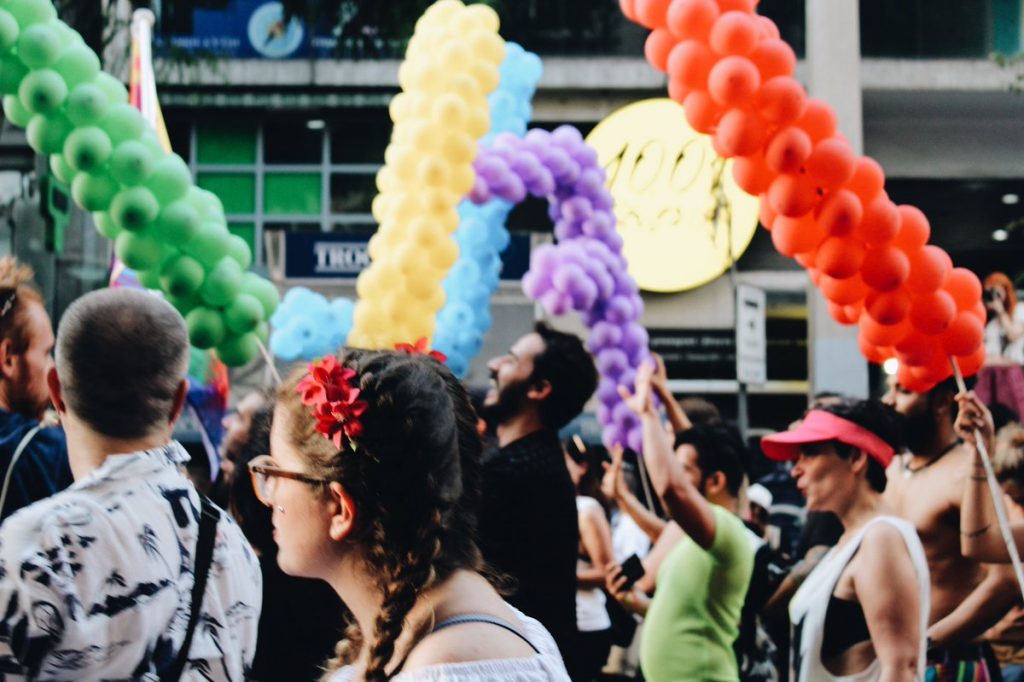 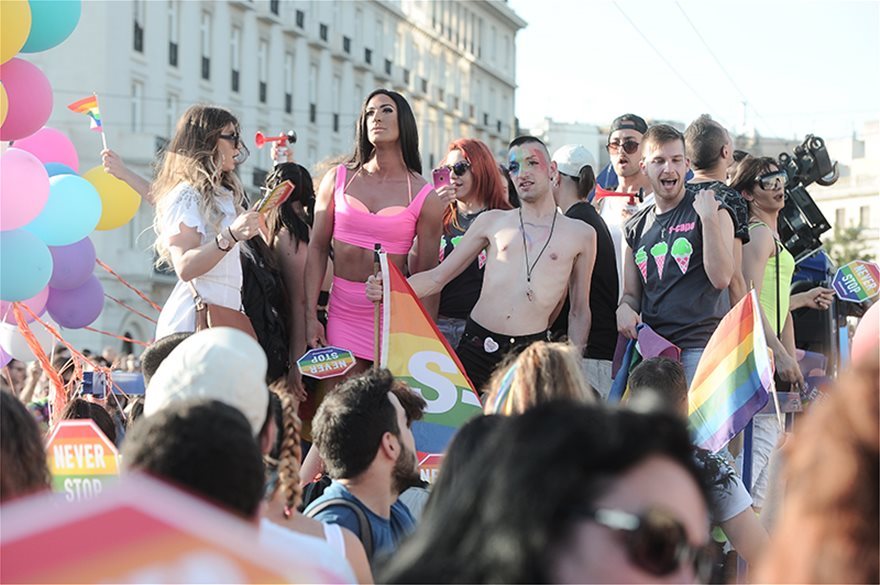 Someone decided to parade naked wrapped with a Greek flag. 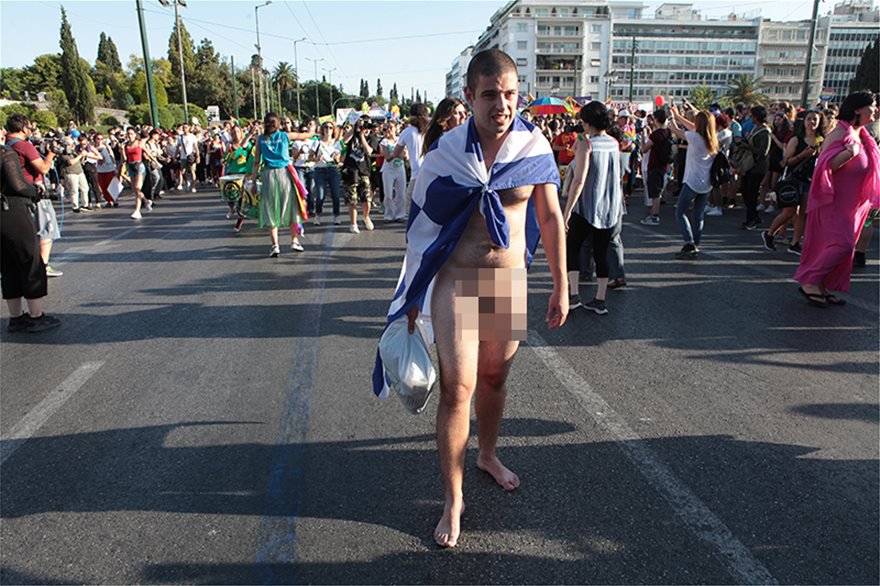 Protests against the Athens Pride were limited. Self proclaimed “priest” Kleomenis took position amid the parading crow.

LGTBQIA activist in #athenspride2019 standing in front of Pater Cleomenis, a far right protesting about the parade pic.twitter.com/1tSQM4riB4

Saturday night, one part of the Greek Parliament was lighted in rainbow colors to show support to the Athens Pride 2019. 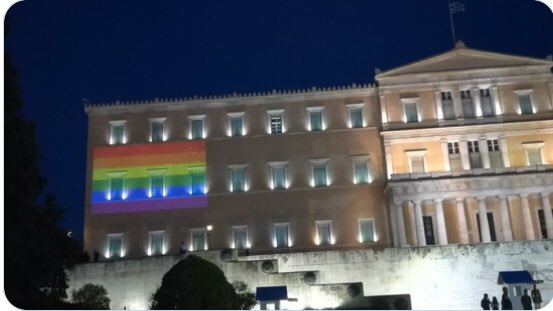 The festivities concluded with a music concert at Syntagma Square where Phibos Delivorias, Eleni Foureira, Tamta and Thodoris Mavroygiorgis cheered the crowd with their songs. 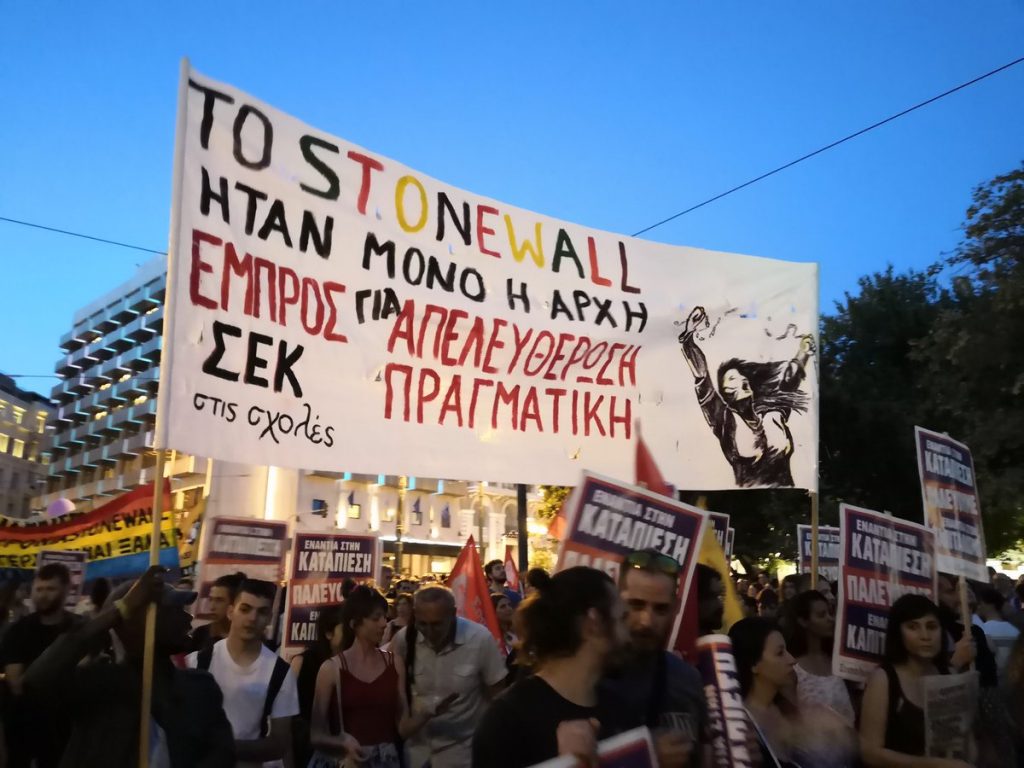 The Stonewall Inn, often shortened to Stonewall, is a gay bar and recreational tavern in the Greenwich Village neighborhood in New York City, and the site of the Stonewall riots of 1969, which is widely considered to be the single most important event leading to the gay liberation movement and the modern fight for LGBT rights in the United States.

The Stonewall riots were a series of violent demonstrations by members of the gay community against a police raid that took place in the early morning hours of June 28, 1969 at the Stonewall Inn.

Around 1:20 a.m. on June 28, 1969, Seymour Pine of the New York City Vice Squad Public Morals Division and four other officers joined forces with two male and two female undercover police officers who were already stationed inside the bar, the lights on the dance floor flashed, signaling their arrival. However, the raid did not go as planned. Because the patrol wagons responsible for transporting the arrested patrons and the alcohol from the bar took longer than expected, a crowd of released patrons and by-standers began to grow outside of the Inn. This number would swell to much larger numbers as the night would go on. Writer David Carter notes that the police officers eventually became so afraid of the crowd that they refused to leave the bar for forty-five minutes.

The events that took place at the Stonewall Inn led to the first gay pride parades in the United States and in many other countries. On June 28, 1970, a march was led from Greenwich Village to the Sheep Meadow in Central Park.