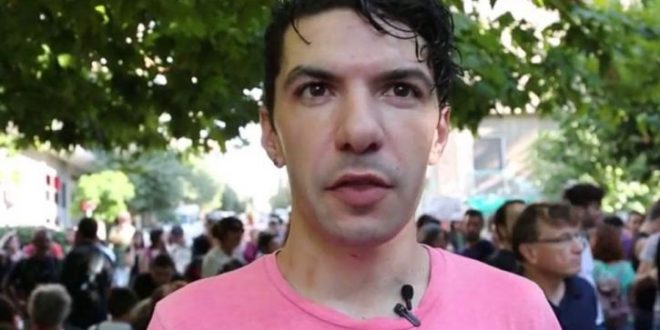 The family of Zak Kostopoulos filed a lawsuit against the jewelry shop owner and a real estate following the results of repetitive toxicological and histological examinations. The lawsuit for “intentional murder” aims to change the charges against the two men who beat the LGBT activist on September 2018.

According to a statement issued by he lawyers of the Kostopoulos family, the laboratory tests link directly to the victim’s death with the beatings he was exposed to and the injuries he suffered.

“Since the findings of the forensic report directly lead to the causal link of Zacharias Kostopoulos’ death with the blows he has suffered, the proper pressure of charges is a request of law and substantive justice,” the lawyers said in their statement.

The lawyers request that the charges of fatal bodily injury against the jeweler and the real estate agent change to murder with intention.

Against the two perpetrators, the prosecutor investigates also the motive of racism towards the  LGBT activist.

According to realnews and avgi, the forensic report notes that 33-year-old Zak Kostopoulos died of a myocardial infarction caused by the fierce beating.

Despite leaks to the press at that time, that the 33-year-old activist was under influence of drugs, the coroner’s comprehensive conclusion is that no drug or suspected cannabis use was found in his body. All that was found was an amount of analgesic Ibuprofen and at not toxic levels.

Zak Kostopoulos died on a street in downtown Athens on September 21, 2018, after he was severely beaten by the owner of a jewelry shop and a real estate agent. The activist managed to escape the wrath of the two and fell in the hands of police officers called on the scene.

Eye-witnesses have recorded both the beating of Kostopoulos as well as the unjustified police violence towards a man who was already severely injured, the videos were uploaded by news outlets.

Greek media had initially reported that the “victim was a drug-addict attempting to rob the jewelry shop” and the owner beat him in self-defense.

After the video release, the Ministry of Public Order and the Greek Police ordered disciplinary investigation against the policemen. End of December 2018, the investigation report proposed dismissal for four police-officers, and suspension from duty with the question of dismissal for another four. A month later, police union POASY slammed the minister and deputy minister of Public Order for leaking the report while the investigation and procedures were not concluded.