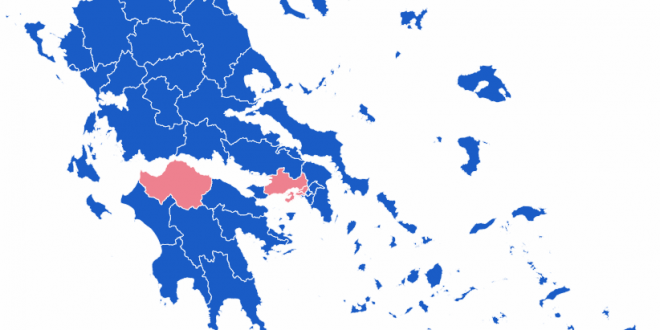 Even though there is possibility that the closing deadline is extended in some ballot centers, the Exit Polls will be announced by the pollsters via the media at 7 p.m.

A) Should the winner of the elections, New Democracy for example, win with absolute majority of  leader Kyriakos Mitsotakis will go to the President of the Republic on Monday morning and be assigned with the duty to form a government. The cabinet could be sworn in in a week.

Note that absolute majority depends on how many parties will pass the 3% threshold and enter the Parliament.

According to pollsters, winning party would need more than 38% of the votes to achieve the absolute majority.

The winning party receives a bonus of 50 seats in the Parliament.

B) Should the winning party doe snot achieve the majority, the party leader will go to the President of the Republic to be assigned with the duty to form a coalition government.

The party leader will launch negotiations, forming of a government could take longer, depending on the bargain between the future coalition partners.

Based on 80% of the exit polls estimated number of Parliament seats distribution is: 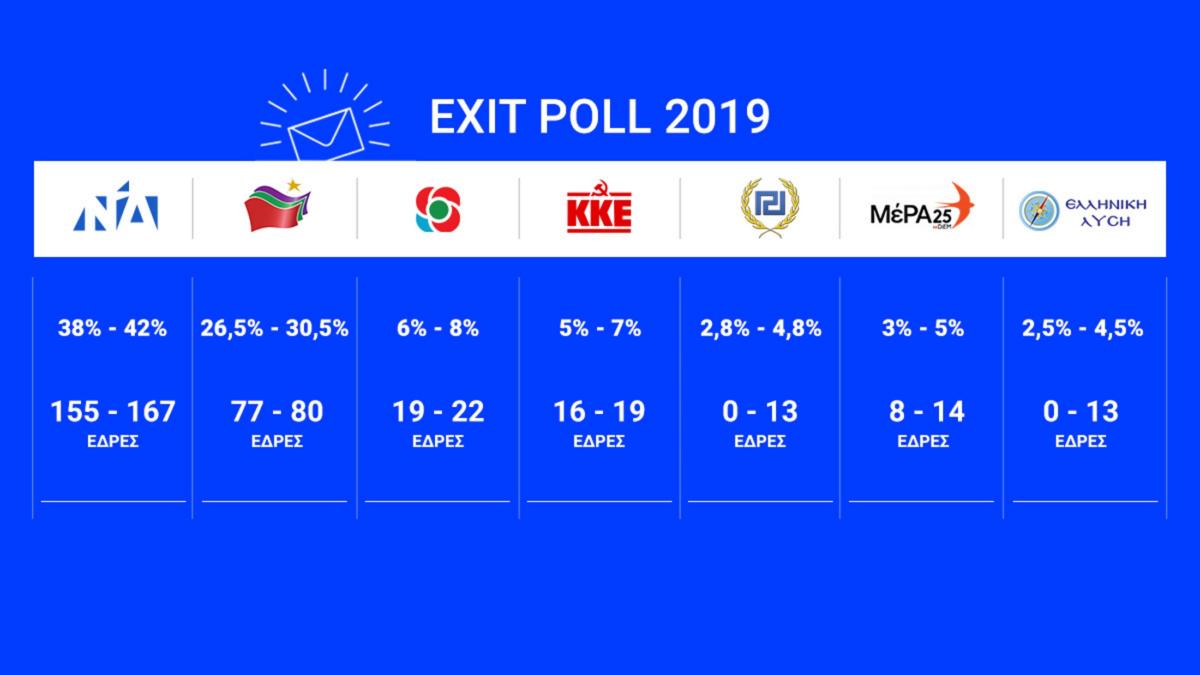 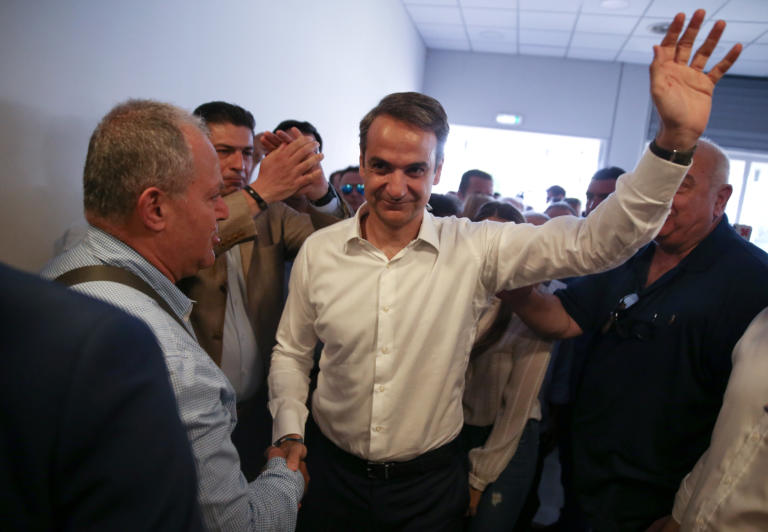 ND sources: “A historic victory for New Democracy, credited to Kyriakos Mitsotakis. Highest rate the ND has ever achieved in elections.” 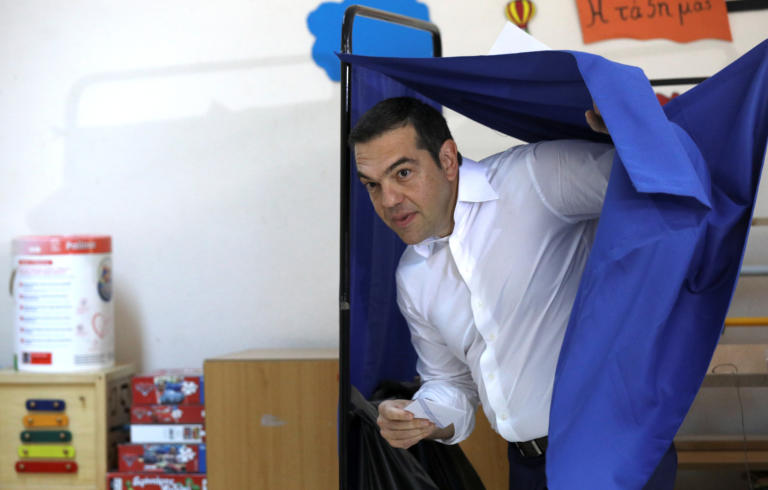 SYRIZA accepted its defeat. According to party sources, “if exit polls are confirmed there is a clear lead of ND. We respect people’s judgement.” SYRIZA is “going to build a strong opposition.”

First analysis of elections results based on 80% of ballot boxes:

ND seems to have gotten votes from Golden Dawn and far-right Velopoulos (EllinikiLysi).

Results are bad for SYRIZA, however, not that bad as they show its stabilizes number of voters. Note, that it is “early elections.”

KINAL/PASOK could not win from SYRIZA’s defeat.

KKE could not skyrocket its rates among the Greek left.

Disappointed SYRIZA voters seem to have gone for MeRA25.

If Golden Dawn does not manage the 3% threshold is then out for ever and ever.

If far-right Velopoulos enters the Parliament, he can hardly survive more than one legislation term in Parliament.

The same happened to To Potami, ANEL and Centrists’ Union, small parties established to lower chances for majority government by the winner party in January 2015 elections.

There could be just five parties in Greek Parliament.

MeRA25 is considered as sicher to enter but not GD and ElLysi.

Pollster Ilias Nikolakopoulos corrected the results based on 100% of Exit Polls for ND and SYRIZA.

Unknown perpetrators stole a ballot box and set it on fire in anarchists’ district Exarchia in Athens.

Alexis Tsipras called Kyriakos Mitsotakis and congratulated for his victory.

The leader of ND will go to the Prime Minister’s office at 2 p.m. Monday, an hour after he will be sworn in.

The company processing the elections results Singular Logic announced the results of the election based on over of 10% of counted votes.

According to the official announcement the difference between ND and SYRIZA is at 8.9% 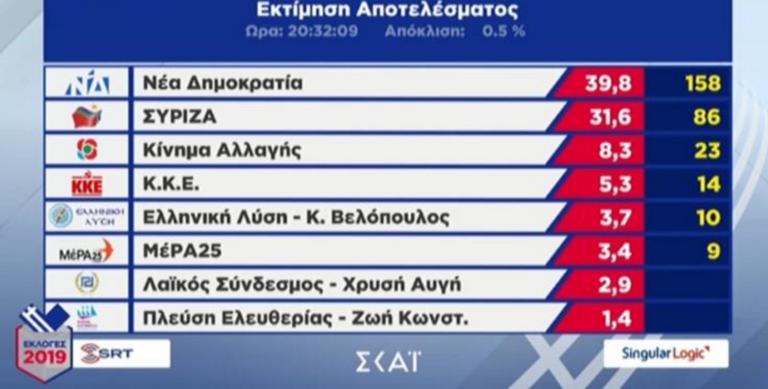 *According to Singular Logic, should GD pass the 3% threshold, number of seats for ND would go down to 154-155 seats. But this is highly unlikely. 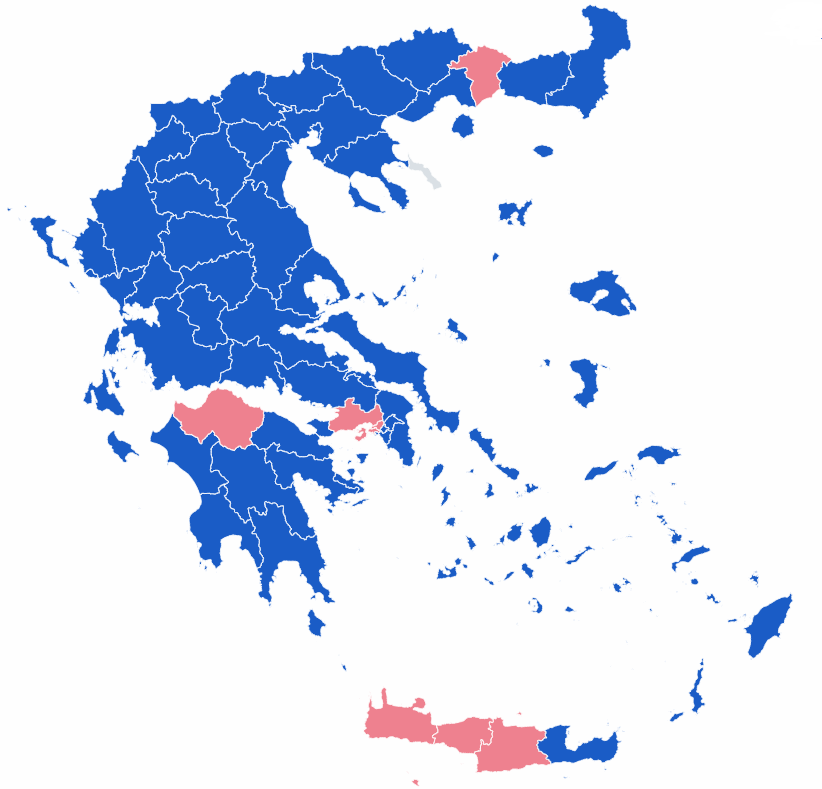 The winner is bi-partisanism with over 70%

By 75% of the votes counted one should note two important things:

Our Live Blogging concludes at this point.

Thank you for reading www.keeptalkinggreece.com