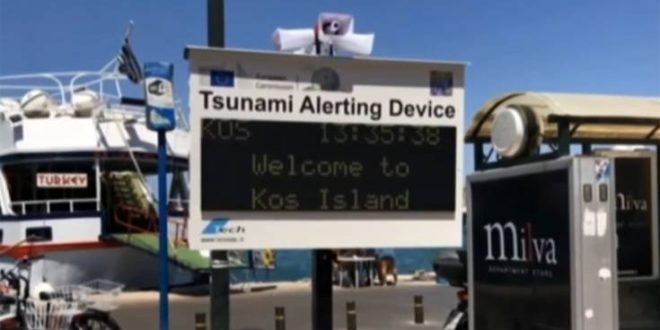 Two screens warning of tsunami have been  installed on the inland of  Kos for the past few days. The screens have been installed a part of a pilot European Union funded program. Local businessmen and hoteliers are upset the screens may harm the tourist industry on the island in the Dodecanese.

According to private Open TV, the tsunami warning screens are installed also in other European cites. However, the island of Kos is the first region in Greece where such screen found a place.

The reason is apparently the earthquake 6.6R on Kos in summer 2017 that caused a 1.5 meter tsunami on the island.

Head of Earthquake Planning and Prevention Organization, Efthimios Lekkas, reacted to local businessmen reaction and argued on Open TV saying “we should not push problems under the carpet, because this can cost human lives.”

“I am the author of the global tsunami scale,” Lekkas said adding “there is a possibility of a tsunami in Kos. The tsunami height has no importance on the impact. … It is a pilot project and is being challenged by businessmen. I have doubts if they had to be installed at this time period.”

ThePresident of the Hotel Association of Kos, Dina Svynou, told media that the screens are  incontrovertible and against tourism.

“It is unacceptable to place signs warning of a tsunami hazard in the center of the island, at the port, where tens of hundreds of visitors pass by when there are no reasons, even as scientists assure us,” Svynou told state broadcaster ERT TV. 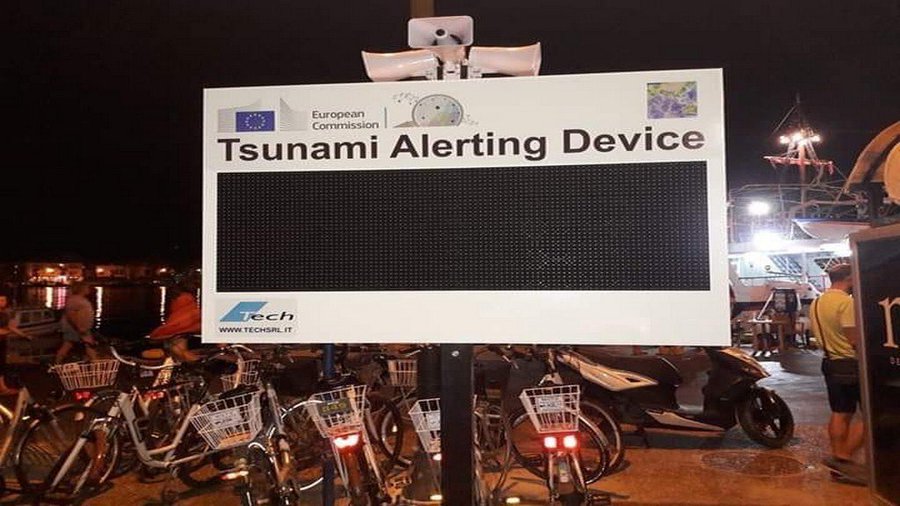 Svynou said that she does not disagree with the implementation of the EU pilot program that involves also the installation of tanners and seismographs.

She only find the placement of the screens as “unacceptable as it worries and terrorizes tourists” according to the feedback the hoteliers on the island receive.

The Hotel Association of Kos demands the immediate removal of the screens.