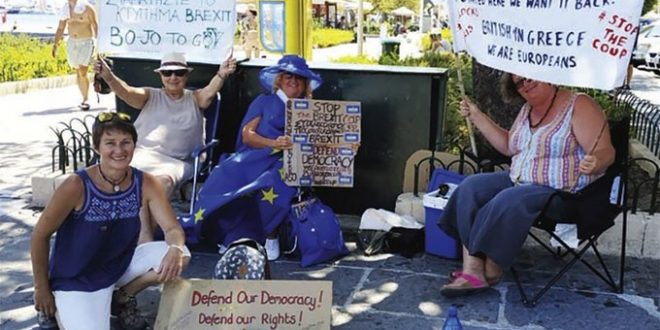 British expats on the island of Rhodes held a peaceful protest opposing Brexit and the so-called “coup” orchestrated by prime minister Boris Johnson to close the UK Parliament ahead of the crucial developments in October. 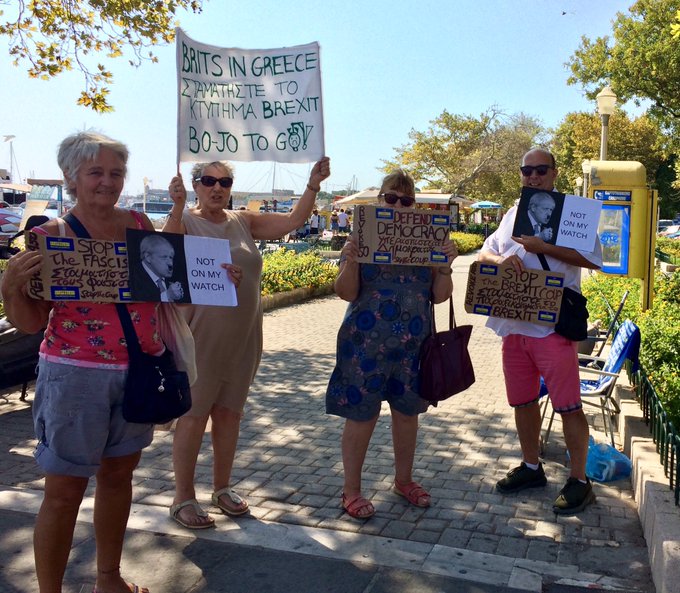 They gathered opposite the Central Port Authority of Rhodes, holding small banners with slogans like “Brits in Greece”, “We are Europeans, Defend our Democracy”, “Defend our rights”, “Stop the coup”. 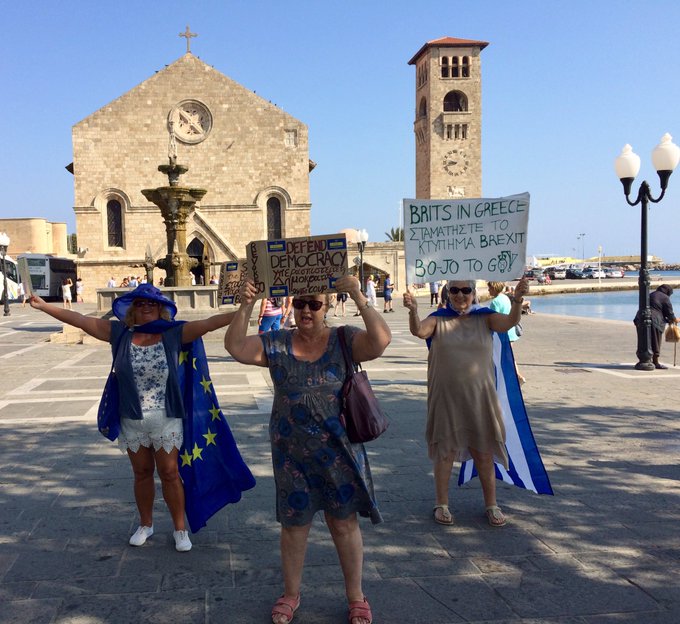 As one of the British nationals permanently residing in Rhodes told local media dimokratiki:

Today we have decided to protest how the new British Prime Minister, Boris Johnson, treats our Republic. Closing the British House is anti-democratic. It is a coup and British nationals should not accept it. We will see what will be decided. But leaving the UK without an agreement in the European Union would be disastrous. And for British nationals living in other countries of the European Union, as we will lose our rights. If the British in the UK decide they want the country to finally leave the European Union, that’s fine. But we will lose our rights in other countries.”

Protesters said that they live a normal life as expats, “we have families here, we pay taxes here. But we will lose our rights as British nationals – pensions etc.”

Therefore, if the United Kingdom eventually leaves Europe without an agreement, it will be disastrous for the country.

“We also complain about Boris Johnson’s decision to close Parliament. It is anti-democratic, ” they added.

British expats gathered at the port of Rhodes coming form the different place they live on the island.

They said that they will continue their protest next week, demanding that their voices are being heard.

PS thanks to KTG readers drawing our attention to the protest.