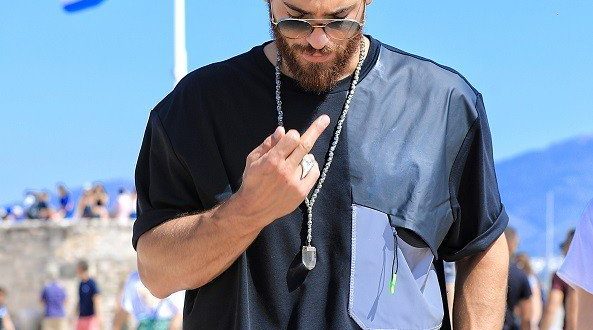 Turkish actor Can Yaman shows “finger” to Greeks from the Acropolis

His fans describe him as extremely handsome and sexy. And maybe he is. Turkish actor Can Yaman is visiting Athens for some public relations reasons, probably a TV series promotion or something. The handsome and sexy Yaman played foul, though, right upon his arrival in the Greek capital.

He went to the Acropolis and posed for a picture raising his middle finger in an inappropriate and most insulting way with the Greek flag on the background. 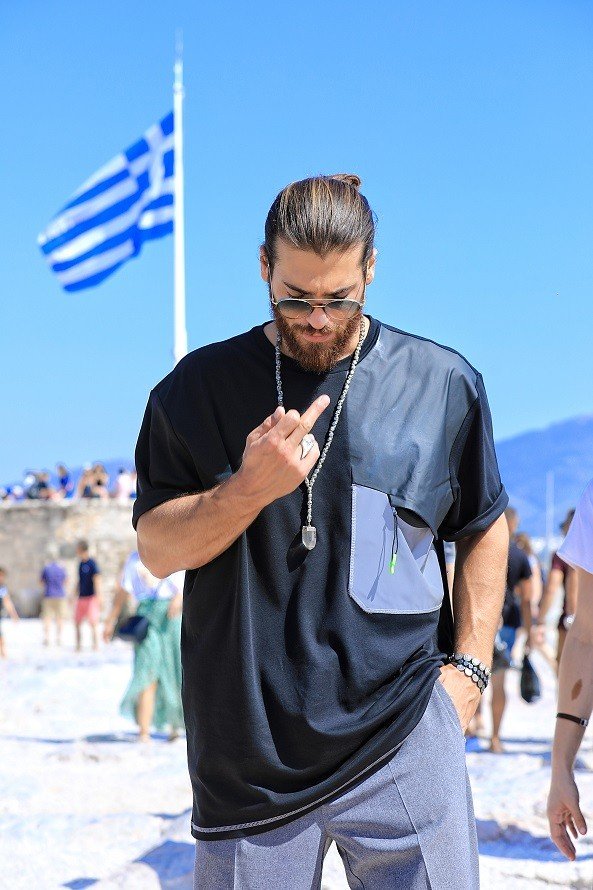 His beauty and sexiness jumped out of him within seconds; his brain was empty, anyway.

Faced with criticism, he tried to justify the sticky finger claiming that he was trying to push his sunglasses back, Star TV reported.

However, his explanation did not satisfy Greeks. In a life-style morning magazine on ANT1 TV on Wednesday, one of the presenters said:

“We don’t do [such things] when we’re abroad. Nor does he do in his own country. Because if half the Greeks were behind him, he would have his fingers in his pocket and put his sunglasses uptight with both hands. Because we have been afraid to say that we love our country. it doesn’t mean that I’m a fascist when I say I want my country’s symbols to be respected when they come[ to Greece]! As I respect them when I’m there [in their country].”

On social media, many Greeks commented on Yaman’s picture with words that have no place here.

“They are gone nuts. They are nuts all those who think I made a bad gesture,” Yaman said during his interview on Skai TV on Tuesday.

A handsome and sexy coward who does to have the guts to at least stand to what he did.

He later appeared for an interview with a lifestyle magazine on Skai TV.

“Welcome to Greece” 🇬🇷 https://t.co/lMuUSWnTuL 🙏🏻✨
Thanks everyone a lot for tonight, such an honor to be welcomed with so much affection.. Great crowd 🙏🏻 @ Athens, Greece https://t.co/uZ2yNk3wS8

I don’t know if the magazine presenters asked him about this gesture. I don’t watch lifestyle programs and trash TV.

PS I didn’t know that Turks use their middle finger to bring their glasses in upright position….