A whirlwind swept over the city of Kalamata on Tuesday and created havoc, at the same time when a storm was striking the city in South-West Peloponnese.

It was short after 2 o’ clock in the afternoon, when the whirlwind started to be formed and move towards the city.

The video above was shot by a local resident.

Another local shot a more panoramic view of the whirlwind

The whirlwind uprooted trees and caused damages in the city. 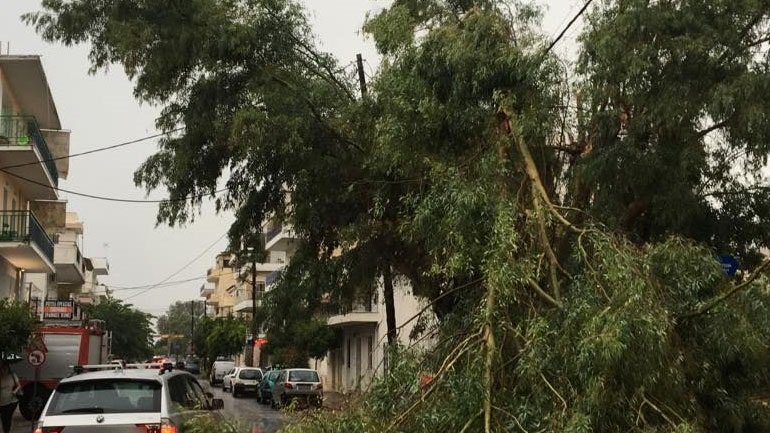 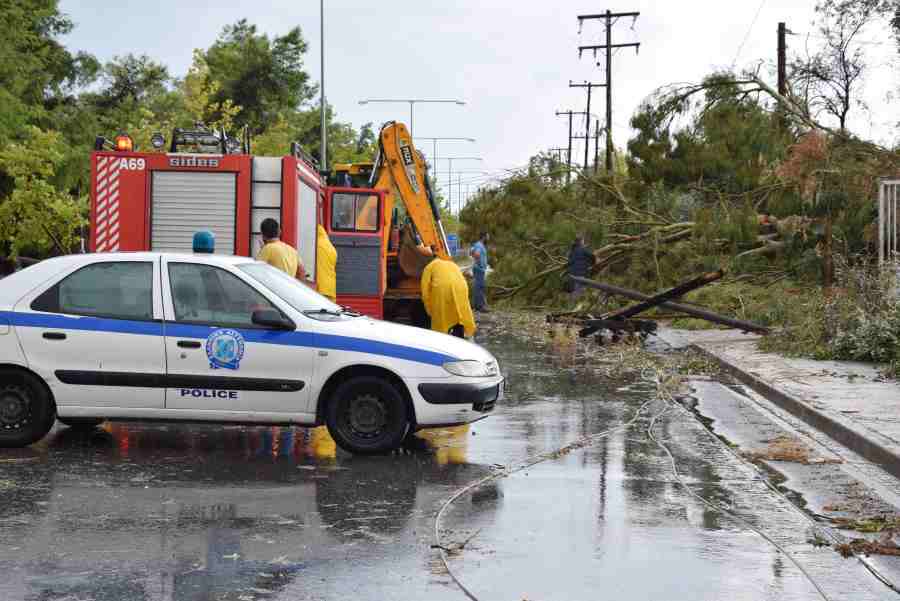 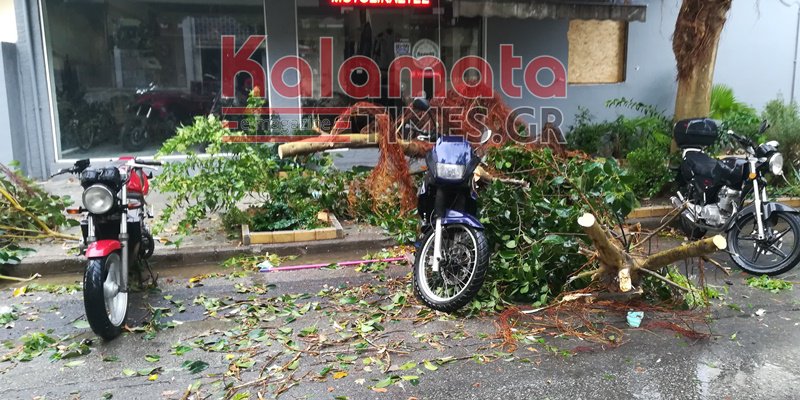 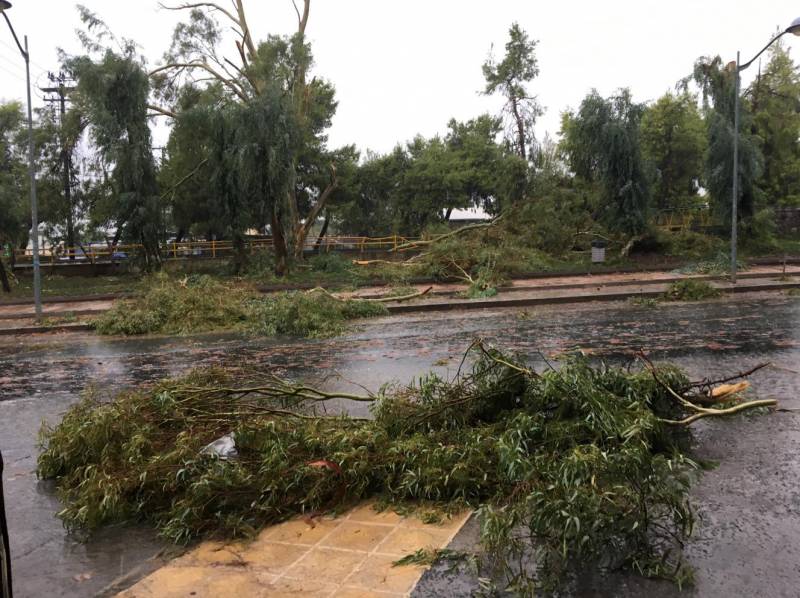 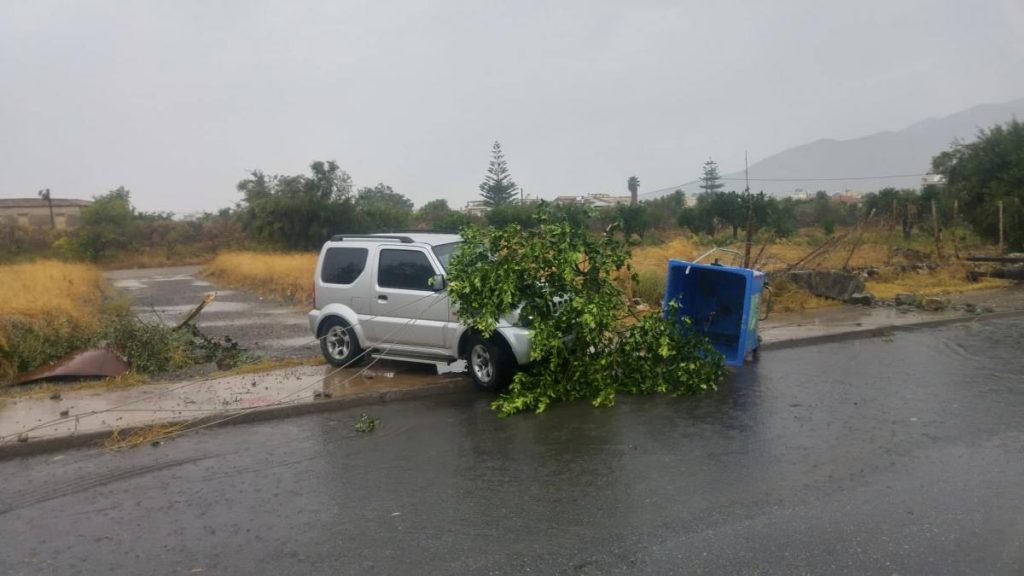 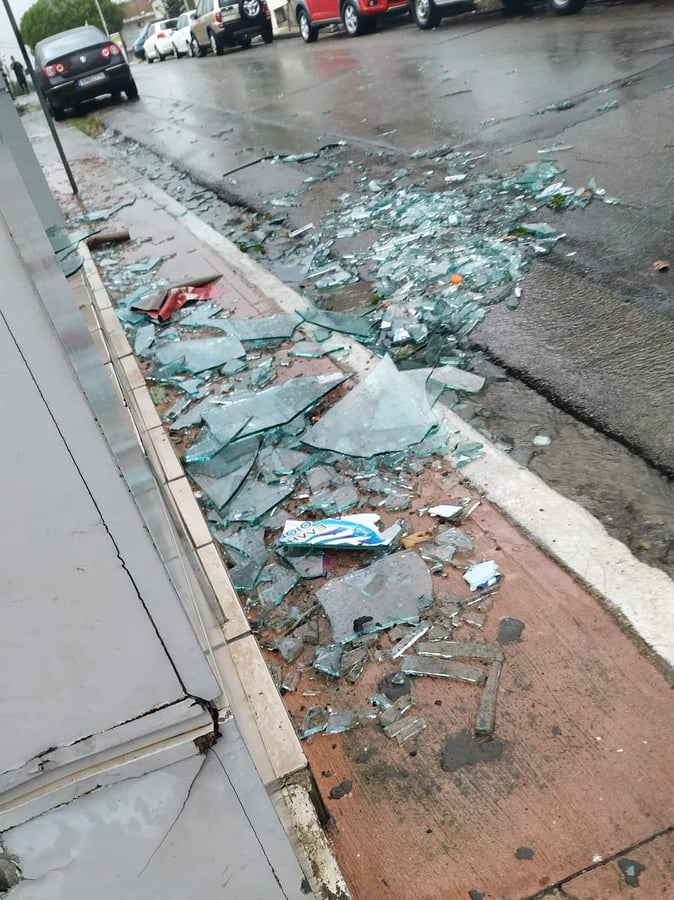 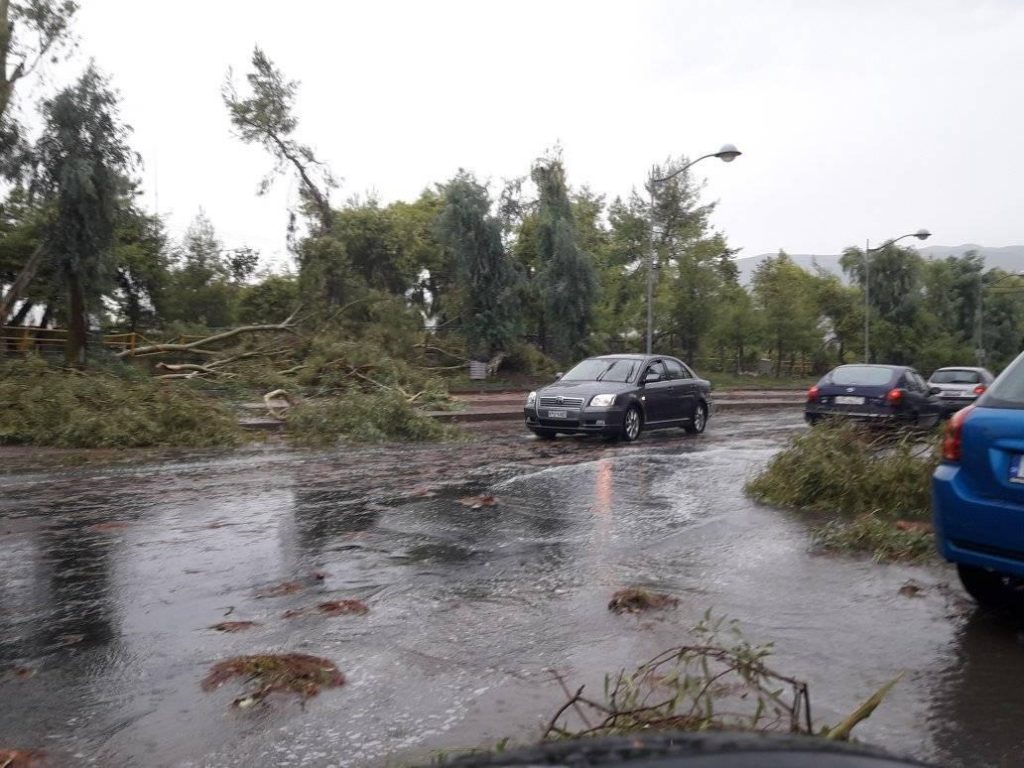 According to weathermessinia, the meteorological station at Nisaki in Kalamata recorded wind speed of 10 Beaufort at 01:55 p.m., that is a wind speed of 103 km/hour, notes local media kalamatatimes.

Locals told television channels that doors were swept away and a mattress landed 50 meters away from the 2nd floor of an apartment building.

A severe thunderstorm with 10,500 thunderbolts hit the West Peloponnese on Tuesday. Two men were killed on the spot when they were hit by lightning in two separate incidents.

On the island of Kefalonia, the streets of seaside village of Agia Efthymia were covered by mud when a nearby river flooded.