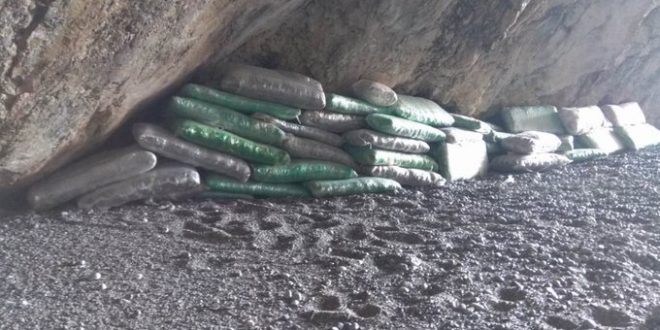 Greek Police and Coast Guard have cracked down a criminal ring that was trafficking drugs from Albania to Turkey via Greece. The traffickers were using a cave on a Greek island as storage for their drugs. They would exchange the cannabis for heroin from Turkey and bring it back to Albania.

One hundred and three packages, with more than a ton of cannabis, were found in a cave on the islet of Piperi by Alonissos in the group of the Sporades islands. 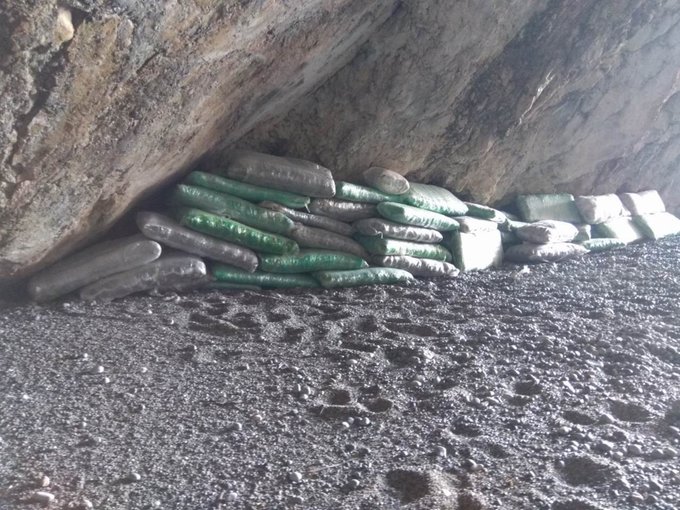 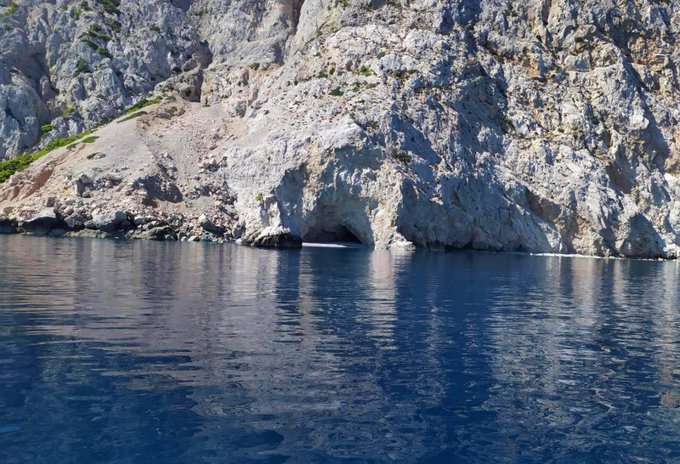 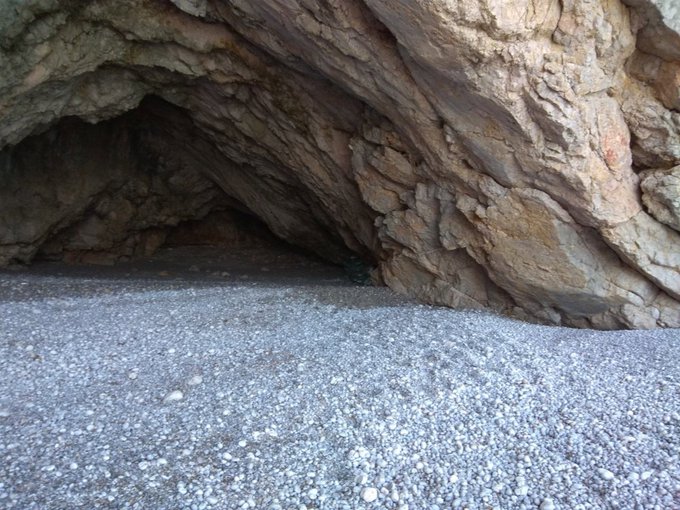 Trained dogs and divers from the Greek Coast Guard’s Submarine Missions Unit discovered the drugs in the cave following the arrest of an Albanian national onboard of a high-speed boat off the island of Angristri in the Saronic Gulf.

The coordinated operation of Greek Police and Coast Guard cracked a drug traffickers criminal ring that was transferring drugs from Albania to Turkey via Greece. 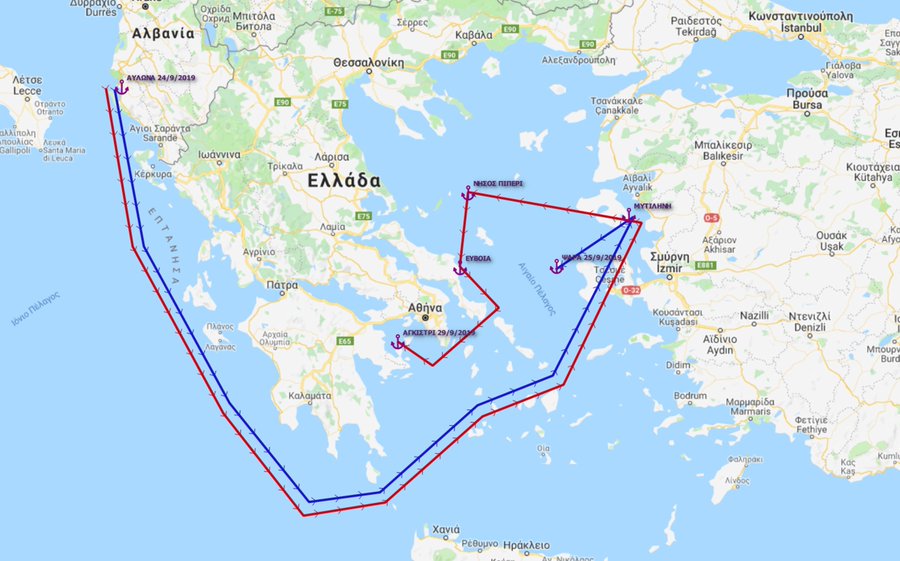 Another speedboat, carrying drugs from Albania to Turkey, was halted by the Greek Coast Guard south of Lesvos last Friday, Sept 27.

Four Albanian nationals have been arrested,police is seeking another two.

The traffickers would exchange the cannabis with a large quantity of heroin and transport it back to Albania.

The Albanian on the speed boat off Angistri had originally claimed towards the Cost Guard that he was a migrant who had arrived in Greece from Turkey together with other migrants.

The Greek Coast Guard had the info9rmation that a criminal ring would transport drugs from Albania to Turkey with one or two vessels. A similar information had reached also the Turkish Coast Guard.