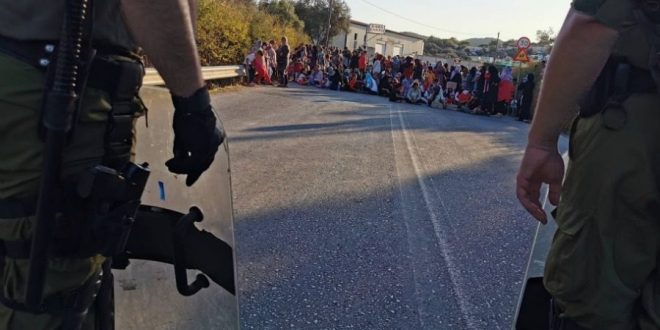 Holding cardboard banners reading “Scorched Hearts”, about 200 women asylum seekers from Moria held a peaceful “sit-in” on Monday evening, a day after an Afghan woman lost her life in the fire tragedy.

The protesters walked 300 meters outside the entrance of the Moria camp and sat on the street. 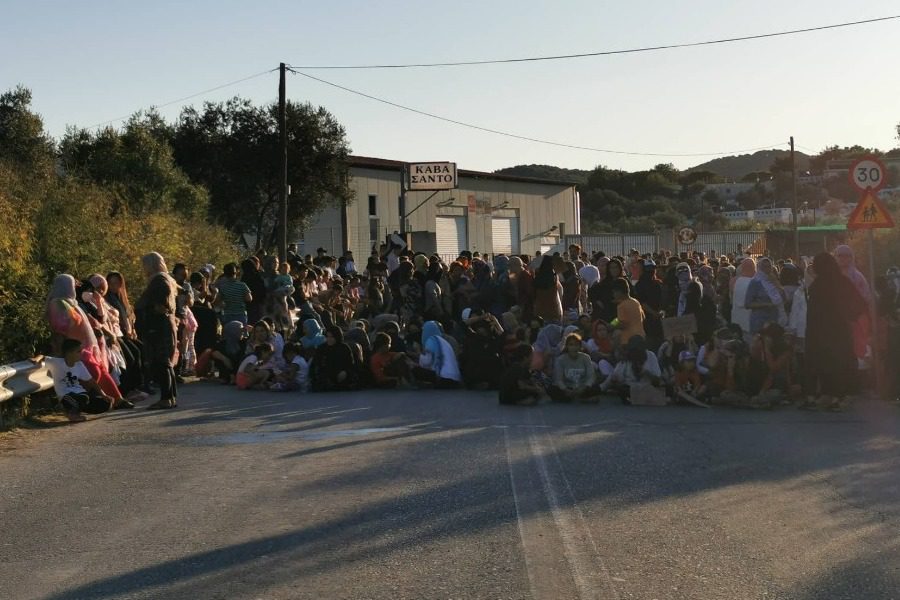 Strong police forces blocked the road, preventing the women from continuing their way to the capital of Lesvos, Mytilene.

The women demanded to leave Moria.

One representative told local media stonisi, that they want “security and justice” and to find out how many people died in the fire.”

One Afghan woman lost her life in the container fire on Sunday. Rumors circulating in the camp spoke also of a dead baby, the woman’s child. The Greek Health Ministry and the Police said on Monday, that there was “only one dead” in the fire.

On Tuesday morning, refugees and migrants started a protest demanding to leave the Moria camp, which they described as “hellhole” and “prison.”

In the shadow of the tragedy, the Greek government decided on Monday new measures to tackle the issue of overcrowded hot spots on the islands of the East Aegean Sea. The ambitious plan foresees, among others, the relocation of 40,000 people to the mainland within two months, 10,000 returns to Turkey by 2020 and changes in the asylum procedures.

Decongetion of the islands hot spots is high priority for the Greek government. Another 215 vulnerable asylum seekers, families with children and people with disabilities, arrived at the port of Piraeus from Moria on Tuesday morning. They are to be relocated in several accommodation facilities in mainland.

400 people are to relocate from the islands next Sunday. 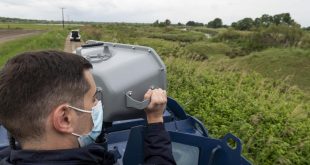 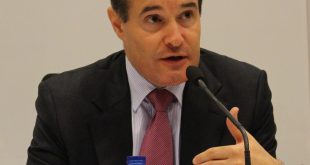 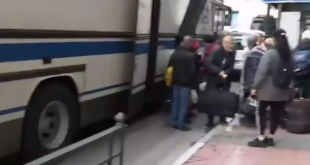