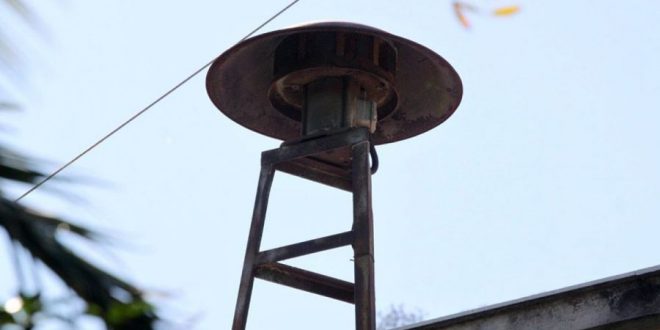 The penetrating sound of the air-raid sirens of the Greek Civil Defense sounded across the country on Wednesday morning. They sounded twice using two different sound patterns.

The sirens sounded twice and thus:

In real dangerous circumstances the first, intermittent sound, warns of air-raids and natural disasters and urges civilians should rush to bunkers. The second, continuous sound, is meant to give the all-clear signal, that the threat is over so that civilians exit the bunkers.

Initially designed to warn city dwellers of air raids in World War II, sirens were later used to warn of nuclear attack and natural destructive weather patterns such as tornadoes.

The Greek Ministry of National Defense had warned, there was no reason for confusion or concern as the activation of the Civil Defense Alarm sirens was purely test purposes.

PS our neighborhood sirens operated in both versions right properly this year. Last year, not a single chirp was heard. No. We did not stay in the bunkers all through the year….