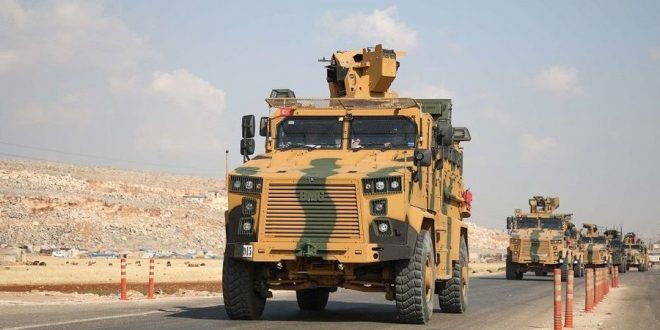 It was short after 4 o’ clock Wednesday afternoon, when Turkish President Recep Tayyip Erdogan announced with a Tweet that the military operation in Syria has started. He has name the invasion to the North of neighboring Syria in order to create a “safe zone” Operation Peace Spring.

Erdogan’s Tweet in Turkish was followed by two also in English.

“The Turkish Armed Forces, together with the Syrian National Army, just launched #OperationPeaceSpring against PKK/YPG and Daesh terrorists in northern Syria. Our mission is to prevent the creation of a terror corridor across our southern border, and to bring peace to the area.”

#OperationPeaceSpring will neutralize terror threats against Turkey and lead to the establishment of a safe zone, facilitating the return of Syrian refugees to their homes.

We will preserve Syria’s territorial integrity and liberate local communities from terrorists.

Reports speak of “intensive Turkish warplanes raids across many cities in northeastern Syria.”

Civilians in the Kurdish town of Serekaniye in northeastern #Syria flee their homes after Turkish warplanes began shelling the area on Wednesday. #TwitterKurds

Despite or exactly because of the controversial threats by the US, Erdogan decided to “stick to the plan,” invade Syria under the pretext of creating safe zones for millions of Syrian refugees in Turkey. However, his ultimate target is clearly the US-allied Syrian Kurdish fighters who have played a central role in battling the Islamic State. Erdogan sees them also as allies of the Turkish terrorist group PPK whom he wants to wipe out.

Washington is monitoring the Turkish operation with caution. Although President Donald Trump practically gave the green light to Ankara on Sunday, he also threatened to “economically crash Turkey.”

As I have stated strongly before, and just to reiterate, if Turkey does anything that I, in my great and unmatched wisdom, consider to be off limits, I will totally destroy and obliterate the Economy of Turkey (I’ve done before!). They must, with Europe and others, watch over…

All the US forces apparently have not withdrawn from the area, as Trump had announced.

The US military has been ordered by President Trump not to help. https://t.co/Fm0J7H9BBJ

The American presence, which includes about 1,000 troops in northeastern Syria, is a lean force dispersed across a number of bases.

According to Washington Post, Kurdish commanders are mobilizing civilian defense and say they might be forced to abandon their Syrian prisons holding thousands of captured Islamic State fighters and head for the front lines against Turkey.

Fighting between various groups that has been going on for hundreds of years. USA should never have been in Middle East. Moved our 50 soldiers out. Turkey MUST take over captured ISIS fighters that Europe refused to have returned. The stupid endless wars, for us, are ending! https://t.co/Fbcem9i55Z

The European Unionis so far silcent, except for a quote by former EC President Jean-Claude Juncker.

EU's @JunckerEU on #Turkey: "I have to say if the Turkish plan involves the creation of a so-called safe zone, don’t expect the European Union to pay for any of it." Calls on Turkey to "act with restraint and to stop operations already as we are speaking under way."

Apart from wiping out Kurdish fighters, Turkey’s plan foresees also a “safe zone” with a length 300-480 km and a depth of 30-40 km inside Syria. 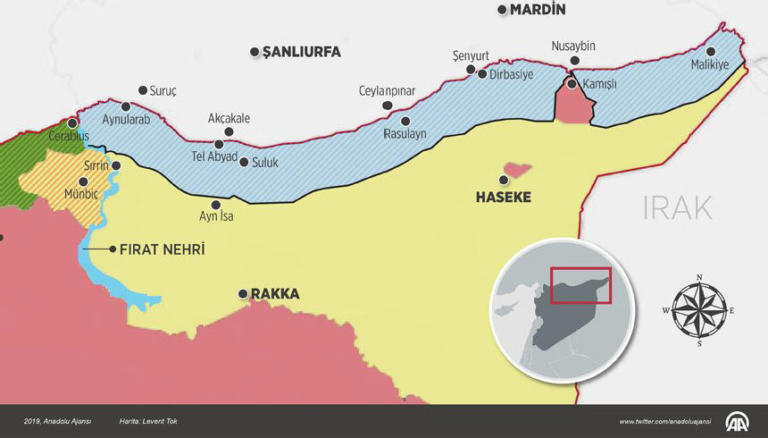