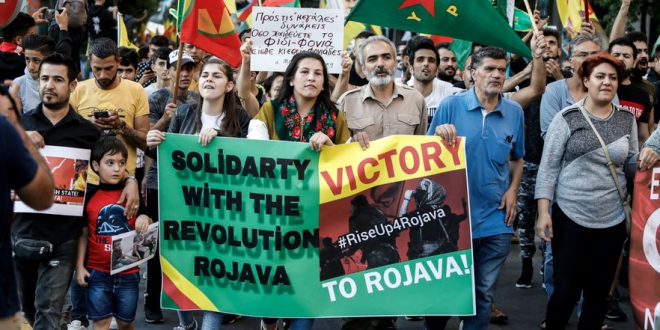 Together with local solidarity groups, hundreds of Kurds living in Greece joined rallies in Athens and Thessaloniki to protest the Turkish operation in Syria and the “ethnic cleansing of the Kurds in northern and eastern Syria.” They set posters of President Recep Tayyip Erdogan and a Turkish flag on fire.

They marched from Athens  University to the Turkish Embassy against the Operation Peace Spring.

They chanted slogans against the Turkish occupation like “Stop the genocide”, “solidarity with Rojava”, “common struggle of the peoples.” they held banners and flags of the  Kurdish People’s Defense Units in Syria, YPG, and some pictures of imprisoned leader of PKK, Abdullah Ocalan. 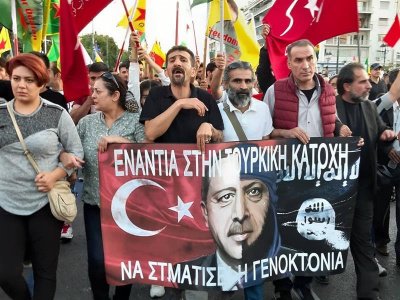