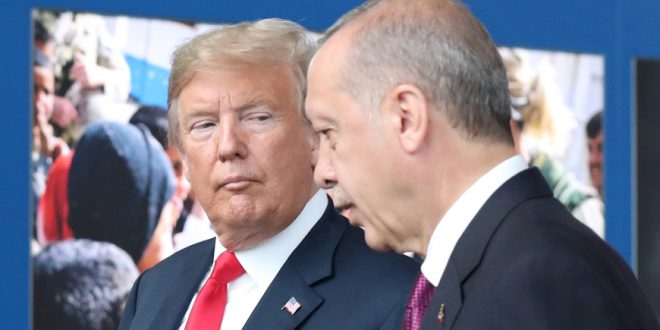 Turkish President Recep Tayyip Erdogan has reportedly thrown US President Donald Trump “in the bin” right after he read it. He thoroughly rejected the content and launched the cross-border operation in Syria on the same day.

#Turkey President's office confirms to @bbcturkce that when President #Erdogan received #Trump's letter, he "thoroughly rejected it, threw it in the bin" and launched the #Syria operation the same day. His mind was already made up to move in; letter was reportedly the final straw pic.twitter.com/pHaiyF5skG

Citing a diplomatic source Turkish media write that “the straightest answer to this letter is the Operation Peace Spring, which began on Oct. 9.”

“Trump understood such proposals were not valid,” the source said adding “[Trump] has seen that he cannot make Erdoğan do anything with the mediation offer.”

In his usual rude, arrogant and 3-grade-style, Trump opened his letter to his Turkish counterpart Erdogan writing “Don’t be a tough guy. Don’t be a fool.”

He threatened him to “destroy the Turkish economy.” 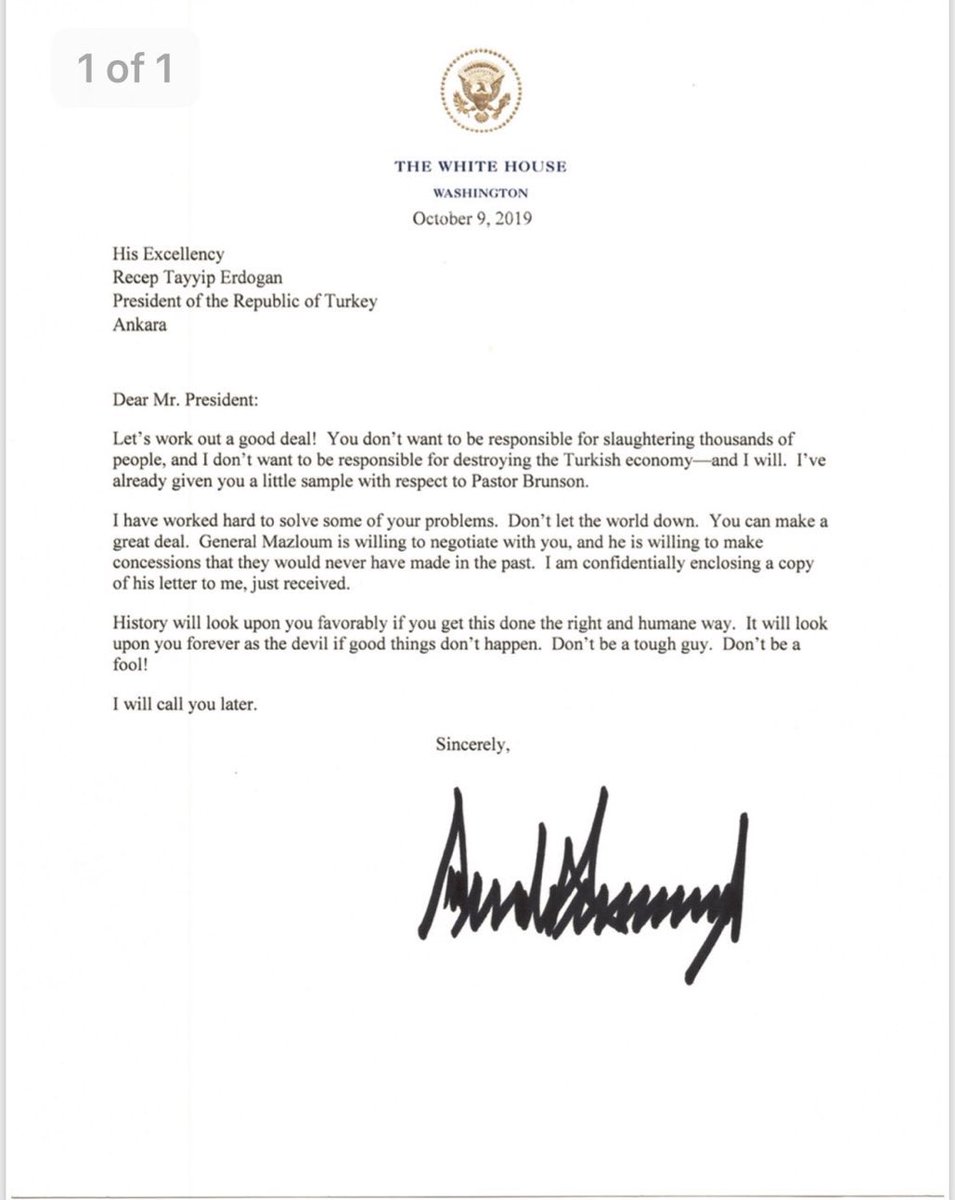 Trump’s letter was leaked to the press by the White House on Wednesday.

The unprecedented phrasing of the letter at the highest-level of diplomatic context, the letter between two presidents had many people wondering whether the letter was satire or a hoax.

Jake Tapper: I thought this Trump letter was a hoax … it's realhttps://t.co/IaRZDxlzdB

This is a real letter from the President of the United States. pic.twitter.com/hndKgARtI6

Neither satire , not hoax. The letter is real.

And this is how Trump’s draft letter to Erdogan could look like….