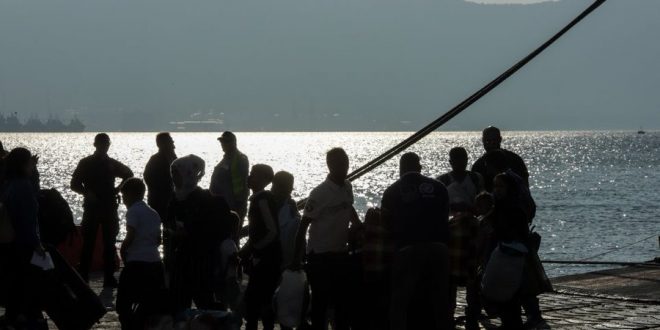 Both the Greek Prime Minister and the Minister of Foreign Affairs responded to Turkey’s allegations that Greece mistreats refugees and illegally pushes them back.

Prime Minister, Kyriakos Mitsotakis, urged Ankara to be “very careful when it refers to Greece,” and to stop using refugees as tools for political pressure.

“Refugees and immigrants in the Aegean should stop being pressure tools for other intentions,” Mitsotakis said speaking at the European-Arab Summit in Athens.

“My country has  been receiving asymmetric flows of refugees and immigrants in relation to its size and population especially in recent months. Our remote islands are suffocating and hosting facilities on the mainland face problems. We control our borders and always take care of the hunted of the world. But a country cannot bear on its shoulders the problems of three continents,” the Prime Minister said.

Speaking about the general Turkish behavior both in the Cyprus EEZ and the Aegean, Mitsotakis said “I urge Turkey to not further burden the sensitive region of the Eastern Mediterranean. To follow the path of international law and the rules of good neighborliness.”

He dismissed Turkey’s claims about the pushbacks praising the Greek Coast Guard that “has saved thousands of lives at sea.”

Foreign Minister Nikos Dendias urged Turkey not to try to capitalize the migration issue and to comply with its international commitments.

Greece’s stance is “a stance of responsibility, it has been internationally acknowledged and is non-negotiable,” Dendias stressed.

He added that the Greek government is working hard and assumes specific measures for the acceleration of the procedures that will allow the increase of the number of re-admissions in the context of EU-Turkey agreement. He also reassured that “the readmission will continue to be held with total respect to the international law and with high sense of humanism and responsibility to the people.”

Over the weekend, Turkey claimed that Greek authorities not only illegally send refugees and migrants back, they also mistreat them, beat them and confiscate their belongings. The Turkish Foreign Ministry alleged it had “photos and documents” confirming its claims.

On Saturday, President Tayyip Erdogan reiterated his threats to allow millions of refugees and migrants to Europe.