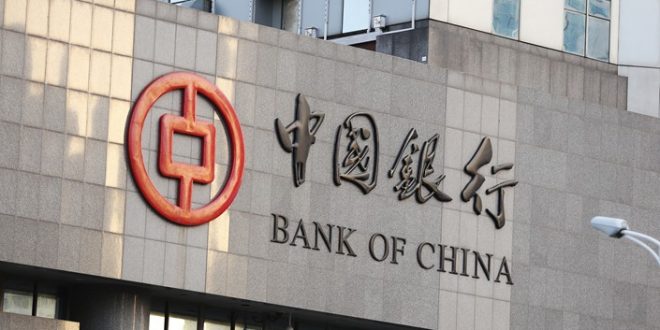 Bank of China opens its first branch in Greece

The Bank of China (Europe) Luxembourg opened its first branch in Greece , It received an operating license from the Bank of Greece on November 1, 2019. The branch will be located on Mesogeion Avenue No 2 in Ambelokipoi district of Athens.

The announcement of the first Chinese bank in Greece coincides with the visit of Prime Minister, Kyriakos Mitsotakis, to Shanghai at the China International Import Expo and the meeting with the political leadership of China.

Mitsotakis hailed the branch opening saying “the banks agreement is particularly important. The Bank of China, which opens a branch in Athens, is the 4th largest bank in the world. It is very important that the bank makes a small part of its balance sheet available in Greece.”

The Bank of China is reportedly interested to fund investment particularly in the sector of green economy and energy.

The Central Bank of Greece, on October 25, informed Industrial and Commercial Bank of China (Europe) SA – based in Luxembourg – that it can establish a representation office in Greece, state news agency amna reported on Monday.

On the same day, Greek Development Minister, Adonis Georgiadis, had said that Greece was keen to expand its commercial relations with China further and for this purpose it looked to have Chinese banks established in the country.

“We want to find ways to enable Chinese banks to have branches in Athens and help the development of Greek business,” Georgiadis said.

Having a stronger relationship with China is good for Greece, and their cooperation has set an example for European countries, he added.

Georgiadis said Chinese enterprises’ investment in the Piraeus Port in Greece is a successful case of bilateral cooperation. He added that the success of this investment has exceeded expectations.

Georgiadis said China’s trust strengthened other countries’ confidence in Greece. “We will never forget that.”

“We want to find ways to enable Chinese banks to have branches in Athens and help the development of Greek business,” he noted among others.