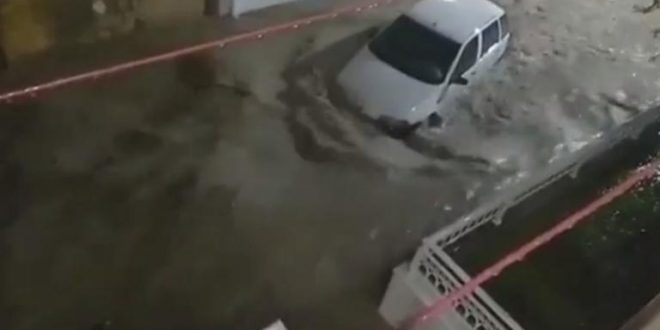 Roads in the city of Rhodes and in villages turned into rivers when storm “Geryon” hit the island in the south Dodecanese early Monday evening. One woman with disabilities was found dead in her flooded home in Ialyssos. Local authorities urge citizens to not move around. 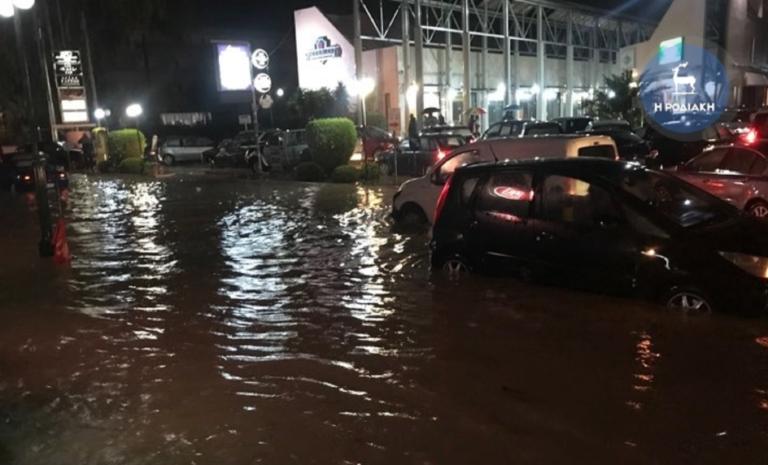 The 75-year-old woman died in her bed when the water height reached a dangerous height. The woman was suffering from disabilities and was bed-ridden since quite some time. She was transferred from Ialyssos to the hospital around 6:00 p.m. but it was already too late. She most probably died of heart attack when she saw the water increasing.

The island has been exposed to torrential rains that have caused power outages in several areas. Fllodes are Ialyssos, Kremasti, Archaggelos and large parts of the city of Rhodes.

The rivers in Archipoli and Lardos are at risk to overflow. The river in Agios Georgios Malonas village overflowed in the evening.

According to local media, the water height in the roads of the Rhodes city has reached one meter.

Rhodes Mayor Antonis Kambourakis has issued a statement, advising citizens to avoid moving around because of the bad weather.

“Due to severe weather conditions and problems in the road network, the Municipality of Rhodes recommends that the citizens be very careful, they should minimize their traffic, so as not to endanger their lives,” the statement reads.

According to state broadcaster ERT TV, many villages have been cut from the world due to the floods and the landslides. 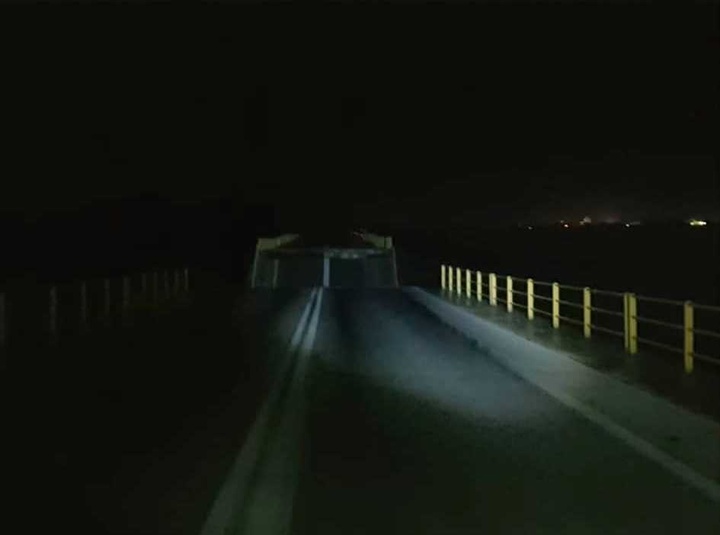 Late at night, the Makkari bridge in Haraki on the road Rhodes-Linods collapsed. The chairman of Malonas community told newspaper rodiaki that it was good that the bridge was closed ot traffic and therefore there were no fatalities. 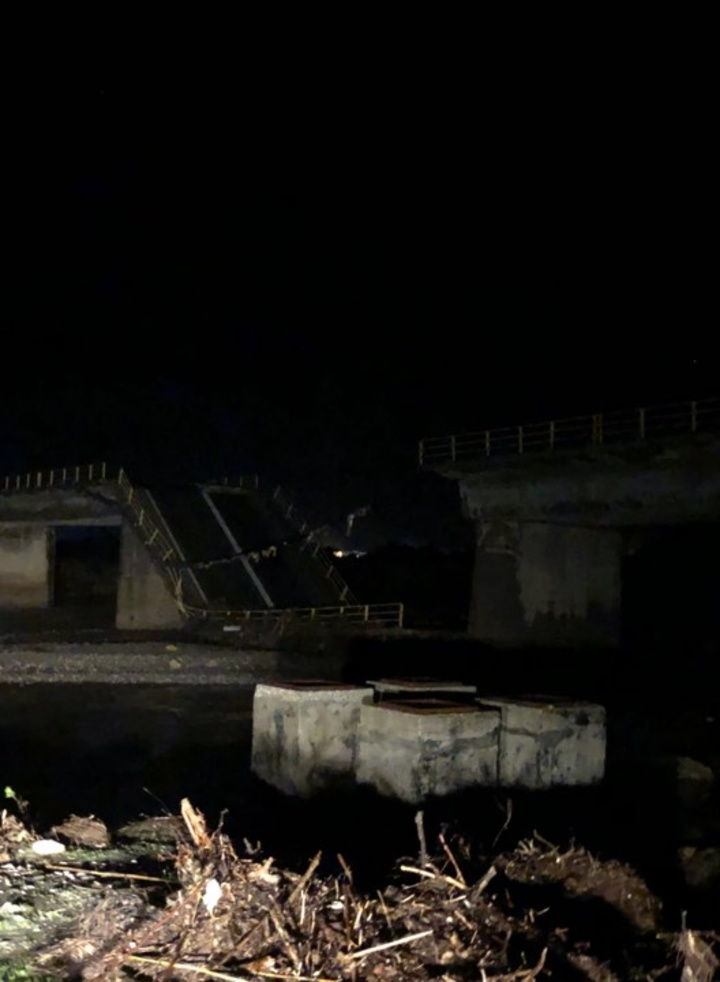 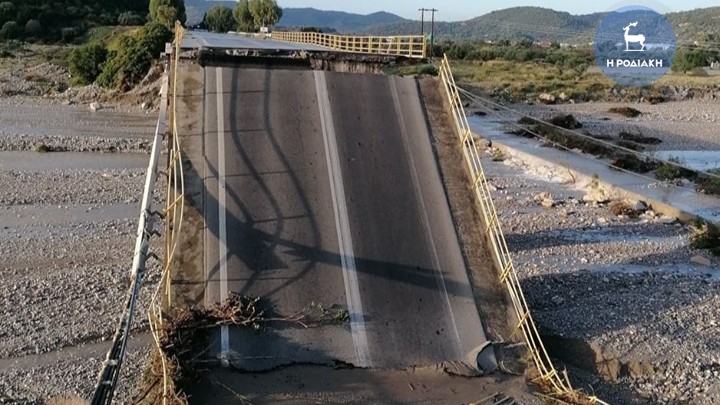 Flights at the airport have been delayed and are standby until some weather improvement.

The Municipality has decided that schools of primary and secondary education remain closed on Tuesday, November 26, 2019.

Storm Geryon hit also the island of Symi in the Dodecanese, turining all roads into rushing streams.

On the island of Kos, a 76-year-old woman was drowned when she went swimming despite the high waves. She was a winter swimmer.