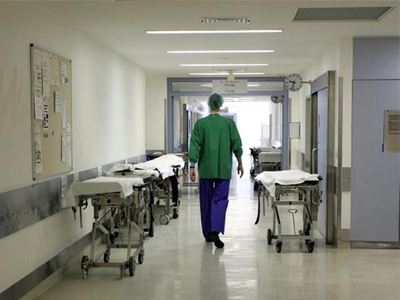 Results of laboratory tests conducted in UK’s Public Health Laboratory have confirmed that  the 8-year-old boy was positive in the strain of diphtheria toxin, the Greek National Public Health Organization (ESA) said in a statement.

The child that passed away due to severe respiratory infection in a public children’s hospital on November 26 “was found positive on diphtheria (Corynebacterium diphtheriae) toxin in bronchial secretions.”

The ESA speaks of a “sporadic incident”and stresses “the importance of vaccination in children and adults for diphtheria.”

The orphan boy stayed in two state-run facilities until the age of 5 and later lived in a foster family.

Despite initial reports, the boy had indeed received all five doses of diphtheria vaccine. However, it is not clear -at least in the media reports – whether the child received the vaccine in the essential periods of time and the proper age.

As the child was suffering from other health issues that may had his weakened immune system to not respond to the vaccine as expected.

Vaccines offer a coverage at 95 percent.

The case reveals that although the diphtheria disease has disappeared in the country for the last 30 years, the virus still exists and the child somehow came in contact with it.

Authorities focus now on children without vaccination, although, there is no a data bank.

The case became known after a doctor at a private hospital posted about it on social media.