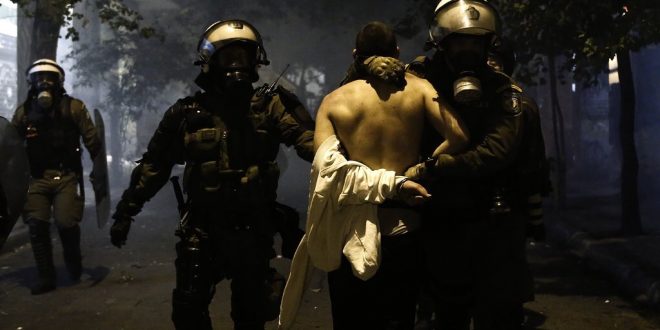 The Greek Police has sent to the Greek Ombudsman the videos and reports of excessive police brutality and humiliation of demonstrators as they happened on Friday night. Police also calls on police violence victims or witnesses to report the cases to the Ombudsman.

The brutality and humiliation of demonstrators in Exarchia have triggered an outrage on social media with internet users speaking of Greece as “police state.” 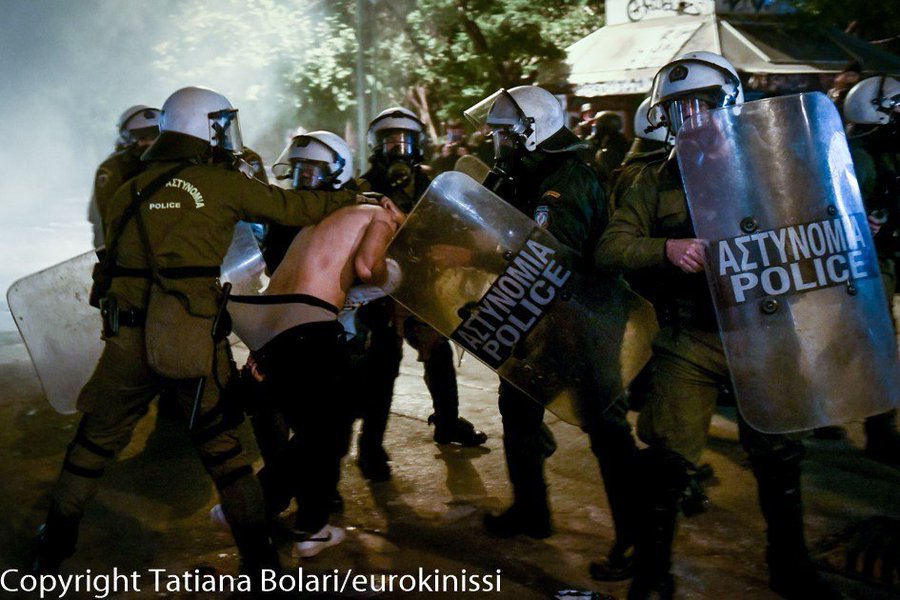 The most striking incident was the case of a young man being stripped off and sexually humiliated by riot police officer.

In a press release published on Saturday afternoon, the Greek Police said the investigation refers a “video showing demonstrators’ arrests” as well as a picture of a young man being stripped off by riot police officers during his arrest in Exarchia on Friday night. Furthermore, investigated should be also the “denouncements of violence” on social media with  “negative comments” posted on social media.

The police said that it has forwarded the material also to the Greek Ombudsman with the request to investigate it.

The press release calls on citizens in possession of relevant visual material, on eyewitnesses and on those who believed to have been subject of violence in similar cases to turn to the mechanism of the Greek Ombudsman investigating Arbitrariness of Law Enforcement forces.

Ragousis sharply criticized Chrysochoidis saying that what happened on Friday was not New Democracy dogma of law and order but of “Horror and Repression.”

PS It is worth noting that the majority of mainstream media have “ignored” the footage that has been flooding the social media since Friday night. What is interesting is that at least one New Democracy MP congratulated the Minister for the police “performance” in Exarchia, while others tried to justified it unfolding the whole ruling party policy on how to keep Athens safe.