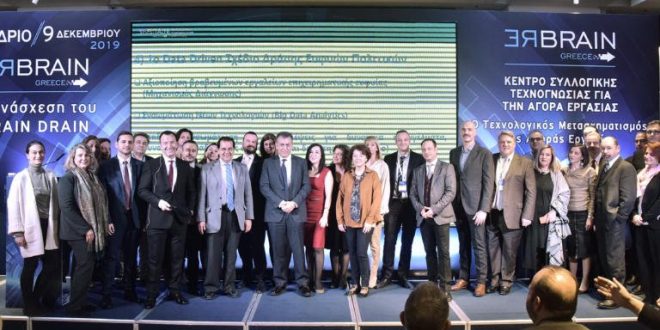 ReBrain vs BrainDrain: An ambitious plan to have “brilliant brains” missing from Greece since the economic years to return to the country. Those Greeks who migrated will get jobs in Greece with a state subsidiary and will earn at least 3,000 euros per month and thus for two years. In contrast, those locals who did not leave the country when it needed them most, did not go abroad to study because their families could not afford it and have obtained their Masters at a Greek university can he happy to stick with the average salaries of 900-1,000 euros.

Greeks living abroad willing to return and cover local labor market needs in new technologies will be registered in the platform.

The first pilot project they named “Greece Again” will target scientists, postgraduates of at least one year, aged 25-40, who will work as additional staff in Greek-based businesses with specific needs and emphasis on new technologies, where there is a relative shortage.

Their minimum wage is set at € 3,000, financed by the company at around 70% of the minimum wage for one year, with the employee having to keep the same wage for at least another 12 months.

At the same time, another platform will be launched at the ERGANI system of the Labor Ministry. On a Special Interest Expression Form, businesses will complete the required business-specific skills, so that the Ministry can match future employees and employers.

This action brings together private sector businesses and Greek workers abroad with the know-how, highly qualified but also European and international work experience, where in collaboration with Greek workers they will create the conditions for a higher level of pay in Greece.

PS 3,000 euros for a postgraduate with one-year working experience, with the salary subsidized from taxpayers money for 2 years?

The door to courts is open for those local “brains” who will certainly feel discriminated, I suppose.