Greek riot police fired tear gas at hospital doctors in downtown Athens on Wednesday. During the clashes between protesters and police, an elderly person fainted.

the clashes started when unionists of the Hellenic Association of Hospital Doctors of Greece (OENGE) tried to enter the hall in Aigli Zappeion where the Panhellenic Medical Association (PIS) was hosting an event about the planned partnership between the private and the public health sector. 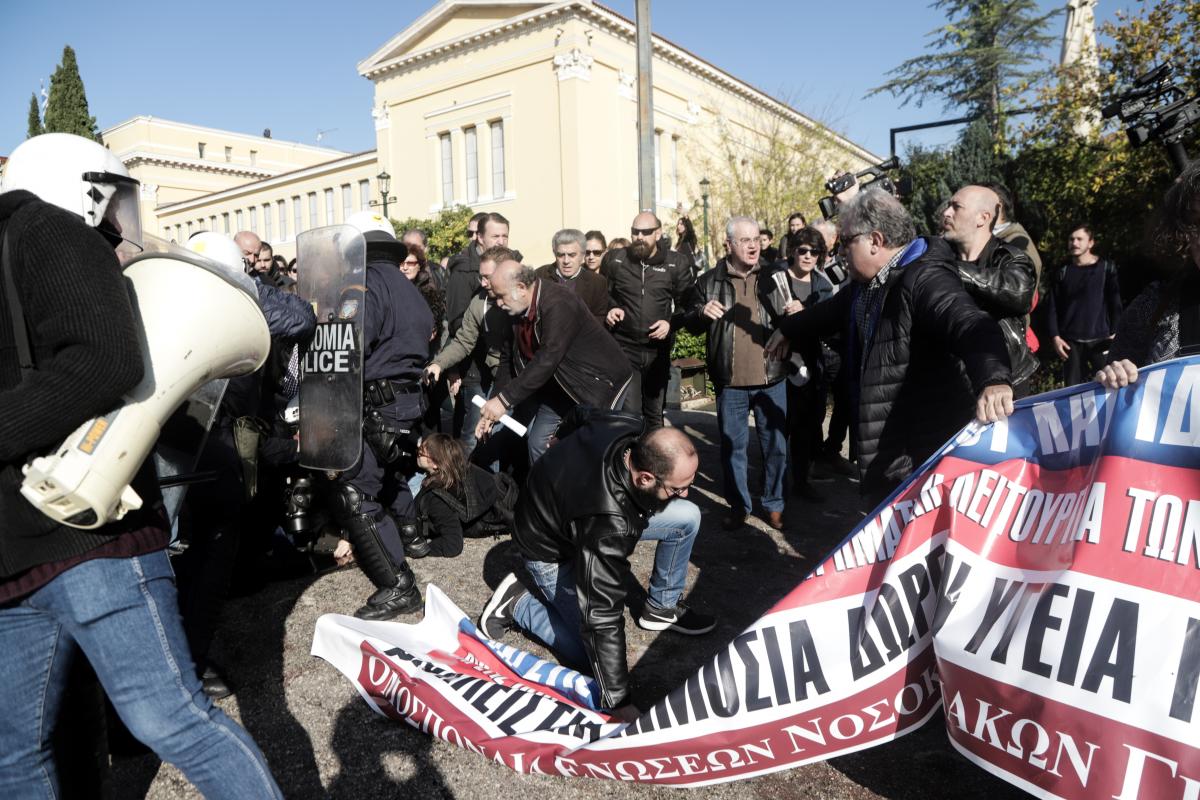 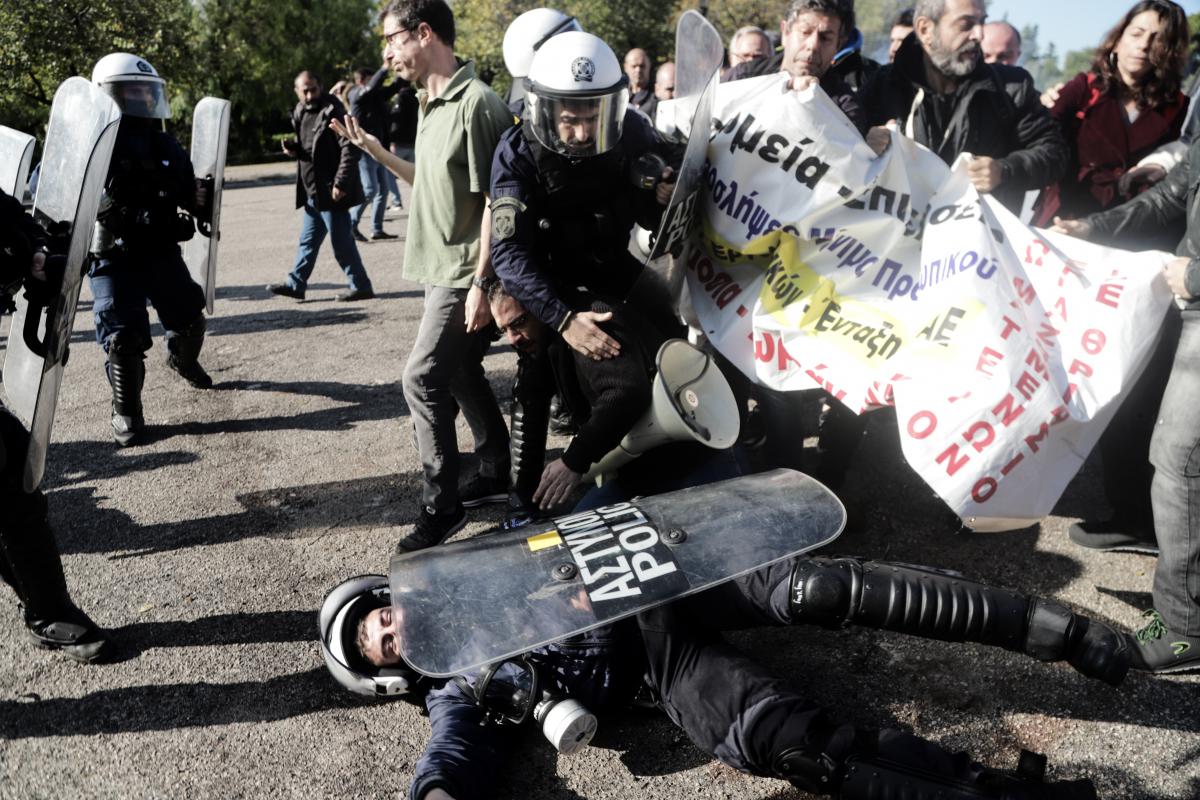 Ultimately, the protesters managed to enter the hall and interrupt the meeting, thus leading to its suspension..

The union of Public Hospital doctors blame the Medical Association leadership of being “at the forefront of promoting the government plans for the full submission of the public health” to the partnerships between Public and Private Health sectors and “the fall of public health by the big private interests.”

As example, they brought the developments of the British National Health System of the last years.