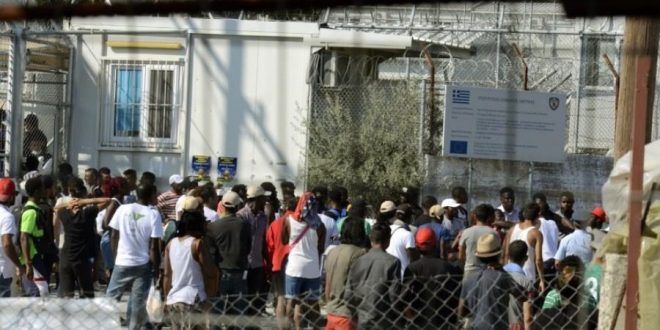 Moria: Stabbed Afghan woman in critical condition as violent incidents on the rise

January 20, 2020 Refugees Comments Off on Moria: Stabbed Afghan woman in critical condition as violent incidents on the rise 1,348 Views

An 18-year-old Afghan woman is in critical condition after she was stabbed by a compatriot in the hot spot of Moria on the island of Lesvos in the early morning hours of Monday.

The woman was attacked with a knife and suffered injuries in the chest and the abdomen.and she is hospitalized in Mytileni, local media stonisi reports..

The 20-year-old attacker has been arrested and charged with dangerous bodily harm and violation of the weapons law.

It is the third deadly incident in Moria since beginning of the month.

Last week, a 20-year-old man from Yemen died following an knife attack by an unknown attacker.

Also a 20-year-old man from Congo lost his life when he was stabbed by a 27-year-old Afghan.