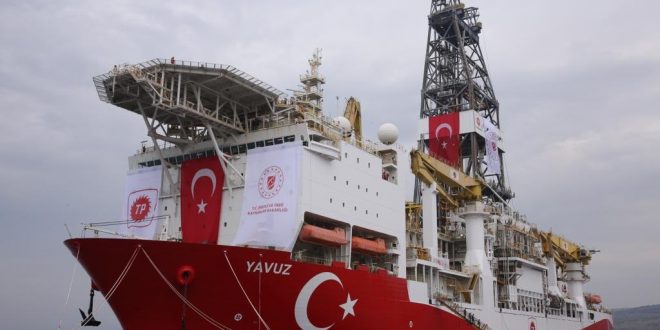 January 22, 2020 World Comments Off on Turkey may have stolen data for gas drilling in Block 8 off Cyprus 1,296 Views

Turkey may have stolen technical data that enabled it to send drill ship Yavuz at a specific location south of Cyprus that energy companies Eni and Total had pre-selected to carry out their own exploratory drilling, Cypriot officials said Wednesday.

The Cyprus government essentially confirmed a media report suggesting Turkey had somehow obtained studies carried out by Italian energy firm ENI prior to drilling for natural gas in an offshore field, block 8, off Cyprus’ south coast and in the Exclusive Economic Zone of Cyprus. 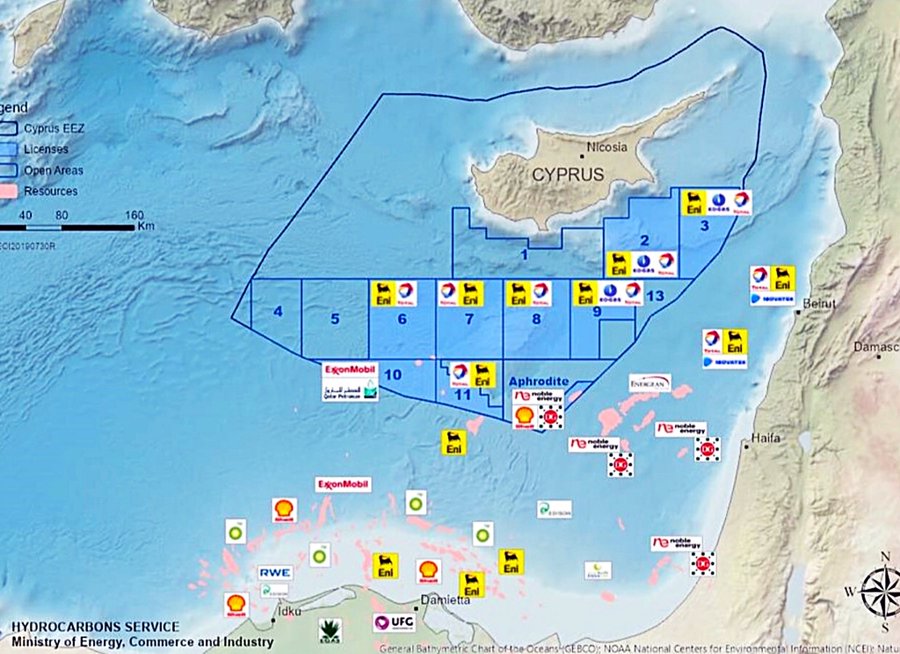 Government spokesman Kyriakos Koushos said that although Cypriot authorities don’t have definitive proof, it’s believed that Turkey got its hands on data that helped guide its drill ship to the specific target.

The information the government had, along with Turkey’s moves in the area pointed to this: “that they have obtained certain studies,” Koushos said.

The target is situated in an area, or block, where Cyprus has licensed Italian Eni and Total of France to carry out a hydrocarbons search. The two companies are licensed to conduct exploratory drilling in seven of Cyprus’ 13 blocks that make up its exclusive economic zone.

“There’s information, which is probably correct, that they had stolen plans and studies from a specific company, that’s why they went to the specific spot,” Koushos told Greece’s state broadcaster ERT.

The Cypriot official said he’s not suggesting that either Eni or Total had handed Turkey the data.

“I do not think, and I am not claiming in any way that either of the two companies have given (Turkey) the studies,” he said.

“But to go to the particular target … it seems that through some way they have information about the studies,” Kousios added.

It followed a report on Tuesday in daily Phileleftheros that Turkey’s drill ship Yavuz was on the way to a target previously surveyed by ENI, which owns the concession along with France’s Total.

However, another Cypriot daily Politis wrote on Wednesday that detailed data regarding the drilling had been published in August 2017 on the website of the state environment department, which publishes all environmental studies submitted when applying for a permit. The government had subsequently intervened and the department stopped publishing studies relating to natural gas drilling.

The target in question had been either abandoned or downgraded by ENI, Politis wrote.

Koushos repeated that Turkey continues to flout international law by carrying on with illegal drilling activity in Cypriot waters and accused the country of “gunboat diplomacy.”

“Unfortunately, Turkey has become the pirate state of the east Mediterranean,” he said.

Cyprus’s Foreign Minister Nikos Christodoulides said Wednesday that the European Union is moving to expedite sanctions against individuals or companies involved in illegal drilling off Cyprus.

The #Turkish drillship #Yavuz was spotted #today (22 Jan) 110 km south to #Cyprus, after changing its location in recent days while not transmitting #AIS. The #drillship is operating 50-60 km away from the #Aphrodite and the #Leviathan gas fields.#ISI #Maritime #Intelligence pic.twitter.com/8xblwyv79Y

In Washington, a State Department spokesperson said the United States has urged Turkey to stop drilling operations off Cyprus, including the deployment of drilling ship Yavuz in the area, Greek media reported on Wednesday.