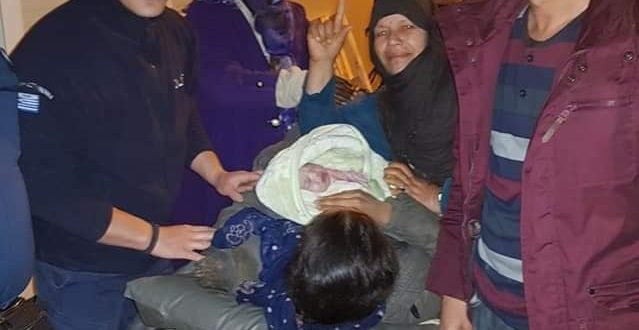 A policeman serving on the island of Chios has helped a refugee woman from Syria to give birth to a healthy baby girl on Friday evening. The young officer had neither relevant training nor idea about a child birth but he was ‘armed’ with the right instinct and composure.

The woman was in labor, screaming in pain, the ambulance was later, there was no doctor around.

“I put on gloves and I saw the the belly was disappearing… I took her leggings off and I saw the baby was coming,” the officer told his colleagues.

“I took the baby out, placed it the side and wiped it as good as I could,” special guard Giorgos Mystridis described the exceptional moments in his career.

“As soon the baby started to cry, I wrapped it with a jacket,” he said.

“In such moments, you function by instinct,” he added.

The adventure was not over, though. The umbilical cord had to be cut and there were no scissors around.

The policeman recalled that he had a pocket knife with attached scissors.

“I brought it and she told me ‘cut!’ What can I say? It was like cutting the wire off a bomb…” Mystridis said.

The officer has been on a 3-month duty on Chios, deployed there due to the refugee issue. 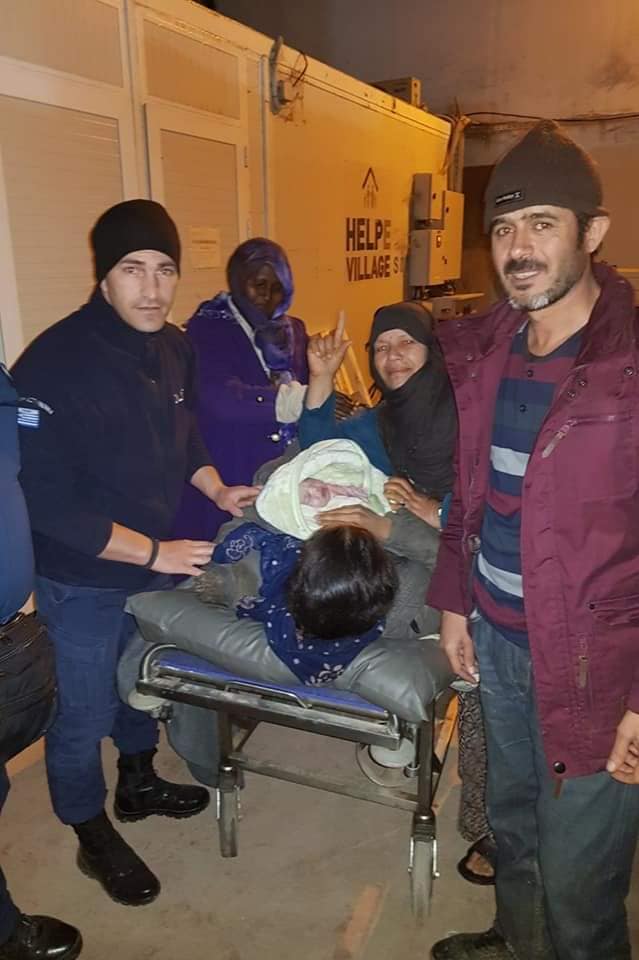 The unconventional birth and Mystridi’s description was posted by the president of the Union of Special Guards on social media.

PS hopefully, mother and newborn are meanwhile in the hospital and not still on the stretcher….