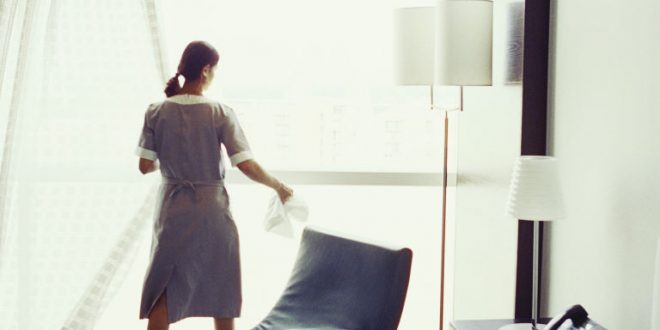 February 24, 2020 Economy Comments Off on Thousands of positions in Greece’s hotel sector remained unfilled in 2019 2,621 Views

While unemployment rates in Greece were high and thousands of jobs were available in Greece’s hospitality sector last year, many positions remained unfilled. According to a study presented by the Institute for Tourism Research and Forecasts (ITEP) last week, 7,000 positions in Greek hotels remained unfilled.

The study, conducted by ITEP behalf of the Hellenic Chamber of Hotels, last year found that the surprising number of 7,000 positions in Greek hotels remained unfilled out of a total of 21,821 job vacancies. Hotels with positions that remained vacant were seeking managers, sales and marketing executives, accountants, cleaning staff, food and beverage staff, receptionists, IT specialists and technical support staff.

“Out of 21,821 vacant job positions in Greek hotels throughout Greece, only 73 percent – 15,852 – were covered,” noted ITEP’s general director, George Petrakos.

It is noted that the study was conducted at the end of 2019 on a sample of 897 hotels throughout Greece. The study concerns the reference period of January-October.

ITEP’s data showed that the hardest-to-find workers were actually not related directly to the hospitality industry. Accountants and IT specialists proved difficult to find as only 55 percent and 57 percent, respectively, of those job positions were covered.

According to the hoteliers, the reasons or the unfilled positions include the very high rents requested for accommodation available for long term lease, expensive transport (ferry and airline tickets) and also the lack of skilled workers in the industry.

For seasonality is perhaps another reason that discourages hospitality workers like accountants and IT staff to work in hotels, especially those located on islands. (full story gtp)