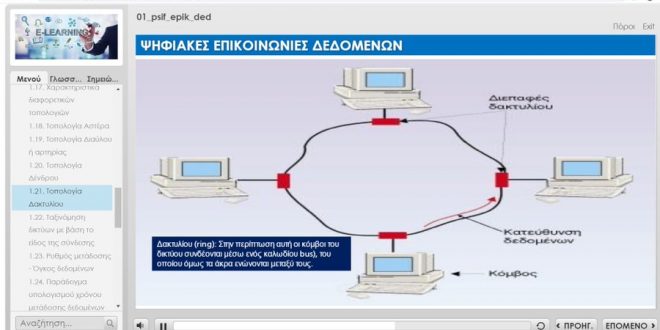 Following a week of non-stop outcry on social media, the Greek government was forced to suspend the fiasco voucher program of e-learning for professionals and give 160,000 lawyers, engineers, physicians and other self-employed 600 euros direct financial support for the coronavirus lockdown crisis without preconditions.

The program, announced amid the pandemic, was essentially an indirect attempt to hand out a bonus to now jobless or under-employed self-employed professionals.

The plan was sharply criticized and ridiculed when the professionals started to post on social media excerpts from the e-learning platforms that were featuring an unprecedented gibberish in terms of language and a gobbledygook in terms of content that made the university graduates with Masters, PhDs and many other academic titles to forget what they knew.

Sharp criticism came also from opposition parties like SYRIZA, KINAL and KKE, by professional chambers and even by some New Democracy deputies. They said that the government utilized private vocational schools of questionable quality as intermediaries and a “facade” for allocating the welfare benefits.

The program worth 80 million euros should be shared among 6-7 vocational schools that would receive 460 euros per assigned professional student. The student would receive 600 euros.

The program was to be funded by the EU’s National Strategic Reference Framework (NSRF).

The firestorm that started on Thursday, continued also after the Easter weekend and until Wednesday, with the hashtag #Σκοιλ_Ελικικου to be trending on Greek Twitter for six consecutive days.

Main defenders of the program were the Minister of Development Adonis Georgiadis who claimed that “thousands of professionals had sent messaged him that they learned a lot on the platforms” and Labor Ministers Nikos Vroutsis, also responsible for the program, who claimed that “there were only 4 mistakes in thousands pages.”
But the scandal was too big and could not be swept under the carpet. Especially when some media revealed the connections and links between the vocational schools as well as to the Minister of Labor.
At the very end, the Prime Minister intervened and canceled the e-learning program, granting each professional 600 euros without exposing them to humiliation and insult of knowledge.
Minister Vroutsis kept defending the un-defentable claiming that the program was hastily set up and that mistakes can happen. “Any failures, as has happened in other cases, are identified and corrected,” he said in a statement.
Speaking at the parliament, he even blamed SYRIZA for the fiasco claiming “we followed the directives of SYRIZA [when it was government] regarding follow-up and control of such programs.”
The opposition and social media users demand the resignation of Minister Vroutsis.
SYRIZA spokesperson Alexis Charitsis said that the issue is “a huge scandal and not a simple mistake of Mitsotakis’ government. It has sparked an outcry among the freelance professionals and all society over the unprecedented deception and mockery,” while it showed “business interests directly linked with the ruling party.”

The Prime Minister has ordered a thorough evaluation of such vocational schools and institutes offering lifelong learning programs that are often subsidized by the state.

Now Greeks wonder on social media, whether the vocational school owners will be paid for the work they have done.