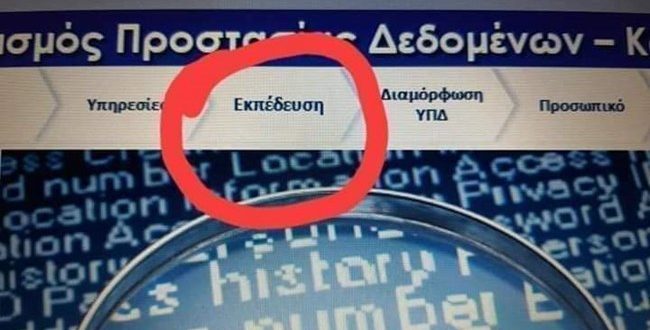 A great Greek covfefe moment! An unbelievable fiasco a bottomless ridiculousness and a scandal worth millions euros for distance learning so that scientists and professionals receive a financial support of 600 euros in times of economic hardship amid the pandemic. A horrible insult to every internet user and somebody who is obliged to learn something that he probably already knows just for a few hundreds of euros in the form of a 600-euro voucher to survive economically in these difficult times.

The texts displayed on the e-learning platform are beyond any description: misspellings, typos, and translations that would make google translate “blush.” As if a user of a mobile by default in Arabic or Chinese would use an auto-correct. in Greek.

The e-learning programs were put together by education centers that apparently made no effort or even a proofreading.

The result is exceptionally crash and crushes every brain cell of anyone who has graduated the first grade of a Greek school. A sheer nonsense! gobbledygook in language and content. Hardly anything makes sense and a lot of used words are literally non-existent.

As if the keyboard is wrongly place more to the left or right.

Α term that could possibly (?) be “scroll material” appeared like “skoil mateloriar” or better write it in Greek #Σκοιλ Ελικικου – meanwhile a trending hashtag on Greek Twitter. 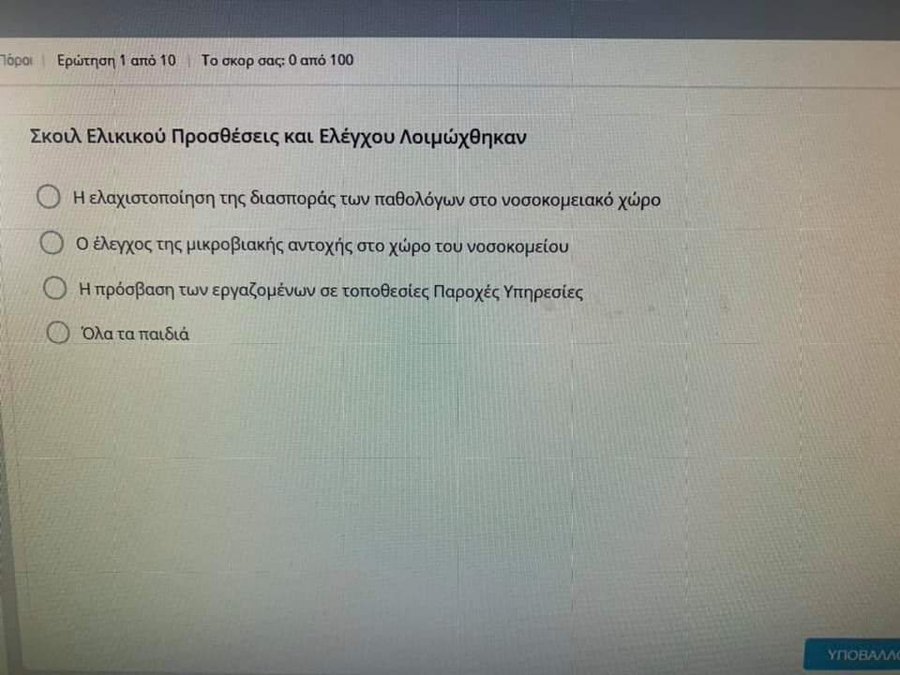 Course for medical doctors: 1. “minimize the spread of pathologists inside the hospital.” 4. “All the children.”

The word “Education” is nicely typed as “Aducation.”

In questions where the learner has to pick one among 3 answers, all three answers are exactly the same!

Along with the language failures is also the content, the “knowledge” the e-course aims to bring over to graduates from Law School or Medicine. It teaches them how to open and close a PC, how to “transform” (upload!) a file or to “not fold the papers after removing the clips” when  editing a file and how to manage the “tail” at the printer.

The scientists who participate in the e-learning course and had to forget all they knew posted screenshots from the platform and have the Greek Twitter bursting in laughter in the last 48 hours.

What is an SMS? = The exchange of written messages

A logical explanation about the gobbledygook in the e-learning platforms was give by a twitter user, who wrote: “Not even copy paste! The only thing that can produce such a failed result is OCR (visual character recognition), they scanned a printed text and let the program recognize whatever it wanted without anyone to make a proofreading.”

Embarrassing is the most polite word to describe that cannot be described. A huge scandal and a squandering of public money. It is not clear how much of the 80 million euros spent on this program was pocketed by private ‘e-learning’ institutions for such a disgrace.

What is more interesting is that so far there has been absolute no a single reaction by any government minister in charge for the program.

The program has been funded by the European Union.