Breaking News
Home / News / CORONAVIRUS / “Shall I go out and get the virus?” Some Greeks uneasy about lockdown lifting (POLL) 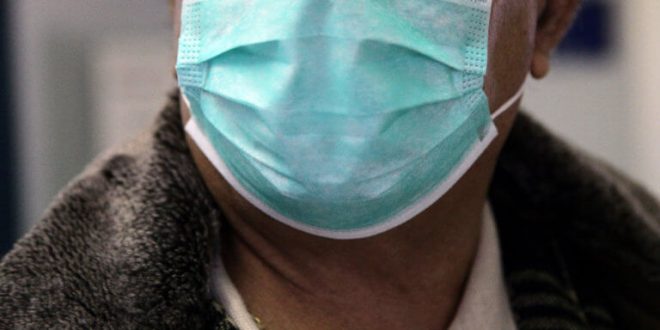 “Shall I go out and get the virus?” Some Greeks uneasy about lockdown lifting (POLL)

April 27, 2020 CORONAVIRUS Comments Off on “Shall I go out and get the virus?” Some Greeks uneasy about lockdown lifting (POLL) 2,776 Views

“We can’t stay in lockdown forever,” Professor for Infectious Diseases and spokesman of National Health Organization Sotiris Tsiodras said on Saturday, as Greece is preparing for the gradually lifting of coronavirus -related measures on May 4. However, some Greeks feel uneasy about the end of restrictions.

Tsiodras efended the government plan to gradually ease the restrictive measures on May 4, saying that  to continue the lockdown until the discovery of a vaccine, could take up to 18 months and its effectiveness would in any case be uncertain. That would be impossible, he added.

It would, in any case, be preferable to start opening things now rather than in the autumn, when other viral epidemics, such as influenza, also started to reappear, he said.

Tsiodras noted that immunity in the population will be built up gradually, with some experts estimating that as high as 50%-70% immunity could be reached, but this must not happen too quickly.

Noting that there are two schools of thought regarding the immunity, Tsiodras said that “the World Health Organization says that we cannot be certain whether the individuals who get sick develop antibodies that protect them, whereas other scientists, including myself, believe that we develop antibodies that last for about a year.”

Easing the lockdown on May 4 is scaring Greeks who have been bombarded for weeks with spots and experts warning them of the dangers of the coronavirus. It is not easy to lift the fear together with the measures. It’s pure psychology mechanism after been exposed to a non-stop “scaremongering” for over 8 weeks.

Even the new confirmed cases have been constantly decreasing in the last days, the virus is here, there will be new contamination and deaths, experts warn.

Immunity is at around 10% a medical expert (whose name not was noticed) told Monday morning to state broadcaster ERT TV.

And immunity has to be achieved in the general population in order to limit the spread of the virus and eventually eliminate it from our lives, experts have been saying.

So, a week before the gradual lockdown lifting starts Greeks wonder: What now? Shall I go out and get the virus at whatever the price for my health and being?

Especially those over a certain age or members of the vulnerable groups of the society, those with underlying health issues are perplex.

“I will be in isolation as much as I can, I’m not going to meet people or go to a cafe and restaurant until they found effective drugs or a vaccine,” a friend said on Sunday. She has concluded chemotherapy 3 months ago and is considered “high risk group.”

Another friend wondered how is it possible to be in lockdown until May 3 and allowed to move freely on May 4. “They want us to get infected with the virus, that’s the herd immunity,” he said.

Another friend with a 92-year-old mother and a close relative recovering from cancer surgery said that she will keep going out with “a mask and gloves in the hope that someday this nightmare will be over.”

In contrast, her 27-year-old daughter is fed up of the restrictions and “working from home” and longs to return to a normal life, the usual working environment with colleagues interaction and to meet with her friends. “I can’t go to a bar or a cafe and nip on my drinks with a mask, should I or what?” she wondered.

46% in a sample of 1,250 of the general population, however, believe that they are at little or at no risk of contamination.

62% of respondents said that there are people close to them for whom they believe they are at coronavirus.

Interesting is that one in five (21.3%) thought they have been infected with the virus and this rate is about a thousand times higher than the confirmed cases in the country.

Number of tests conducted since the outbreak end of February is 66,094, Tsiodras said on Monday.

How about you? Are you afraid that you will contract COVID-19 if the lockdown is lifted?