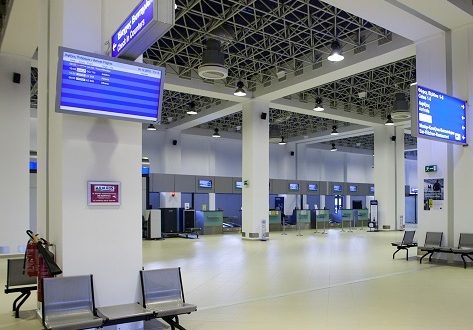 Ukrainian tourists have been stuck at the international airport of Athens and are not allowed to enter the country due to a pandemic ban for non-EU citizens. The group consists of 17 people, among them several children.

In an angry post on social media, Greek-Ukrainian journalist Kostas Onisenko blamed both the Greek authorities as well as the the Ukrainian airlines for the mess.

The tourists arrived in Athens with two flights on Saturday and have been held there by the authorities.

Upon their arrival, the tourists discovered that they were not allowed to enter the country and “are held in custody,” Onisenko writes.

He claims that the group was “left without food and water”, authorities “removed items from their luggage” and threatened to “ban them from entering the European Union for 10 years.”

Stressing that “travel information in Ukraine is confusing and the data is constantly changing,” he blames the Greek officials for not informing officially tour operators” but also the airline wizair that brought them to Athens, although it had checked their passports.

The problem seems to have been solved through the intervention of Ukrainian and Greek diplomacy and the tourists are expected to return to their country at the expense of the airline.

Nobody should be surprised of a cold reception, when the representatives of Greek Tourism Agency EOT and the Tourism Ministry will come to Kiev to promote and advertise their products, Onisenko writes.

According to the journalist the issue has been making headlines in the Ukraine.

The problem has been in all websites of major mainstream media in Greece, too.

PS a “Terminal” film situation with only the drama features.