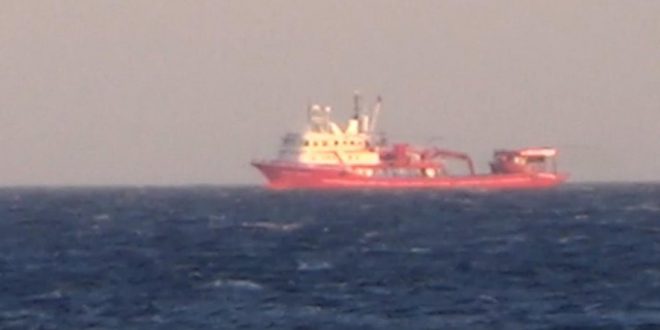 The three vessels were initially spotted sailing 2-3 nautical miles off the beach of Agrari on Mykonos on Sunday afternoon.

According to locals, the three big vessels with the names Tuncay Sagun 6, Guler Kardesler 4 and Cihan Cengiz Karadeniz were fishing.

The Greek Coast Guard dismissed the reports that the vessels were fishing in territorial waters.

The Coast Guard is aware of the situation but no action has been taken as of present time.

A GCG official told magazine lifo that these three Turkish fishing boats are transporting fishery goods from Africa and are heading to Turkey.

“However, due to the weather and to avoid problems with the Beaufort, they sail at a very low speed close to the island. In no case they do fishing,” the official said, adding that the Coast Guard is closely monitoring the vessels and all competent authorities are informed. 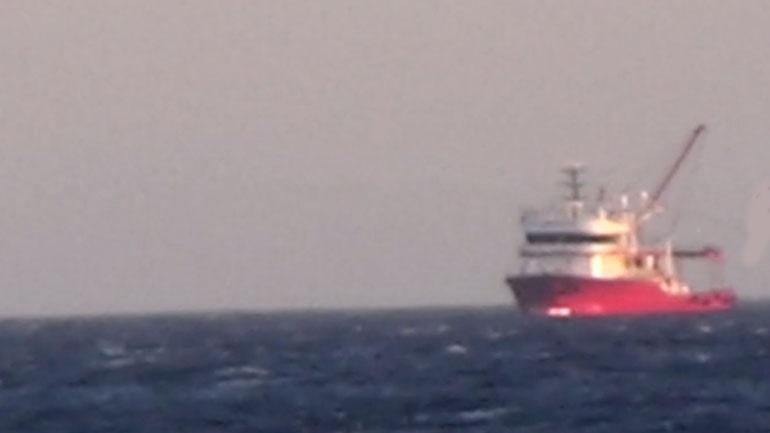 The vessels have been reportedly fishing in the open sea off the coast of North Africa and were transporting the fish to Turkey via the international waters.

Local media insist that a video shows that the Turkish vessels have been fishing in the area.

The vessels appear in the area at a time where Greek-Turkish relations are tensed due to President Tayyip Erdogan’s decision to convert Hagia Sophia into a mosque.

Two weeks ago, Turkish fishing boats were seen sailing off the coast of Syros, also one of the Cyclades islands in the central Aegean Sea.