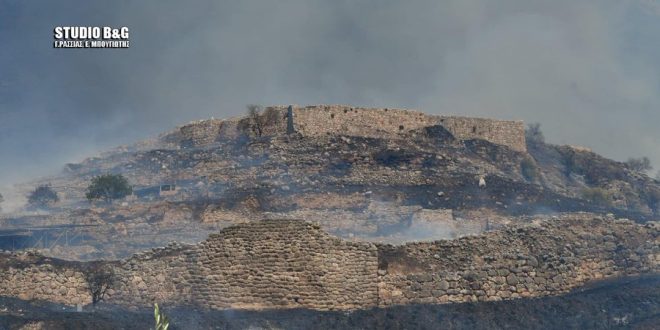 The flames of a wildfire passed through the archaeological site on Mycenae on Sunday afternoon. Visitors and staff were evacuated. In a first evaluation of the situation and the damages, the Culture Ministry said in a statement late Sunday that the fire did not “really damaged the priceless antiquities.”

However, the flames did indeed cause damage. 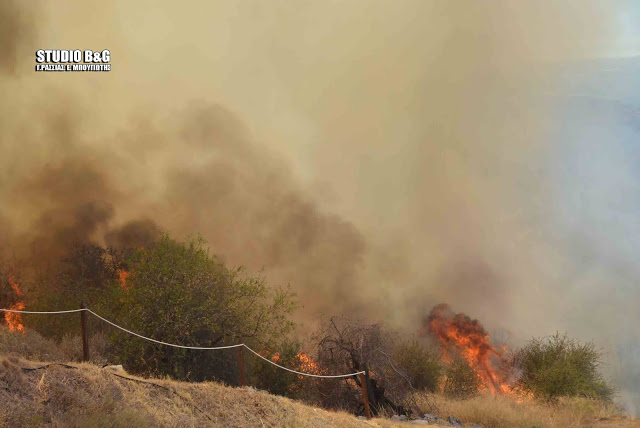 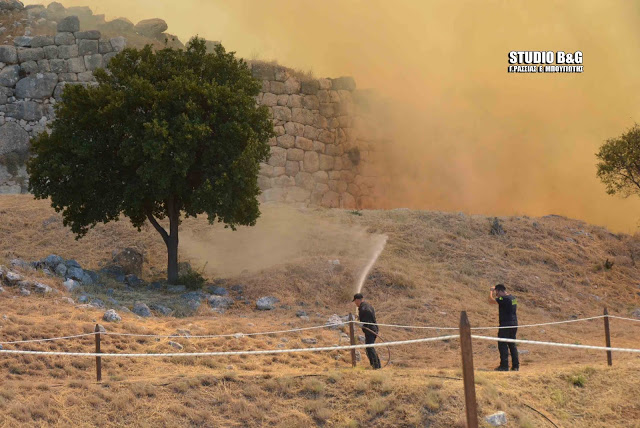 There was damage inside the walls to the east wing of the palace, the north galleries, the area of the archaic temple at the crest of the hill, the Souht-West quarter, and -most concerning – the area of the Cult Centre. 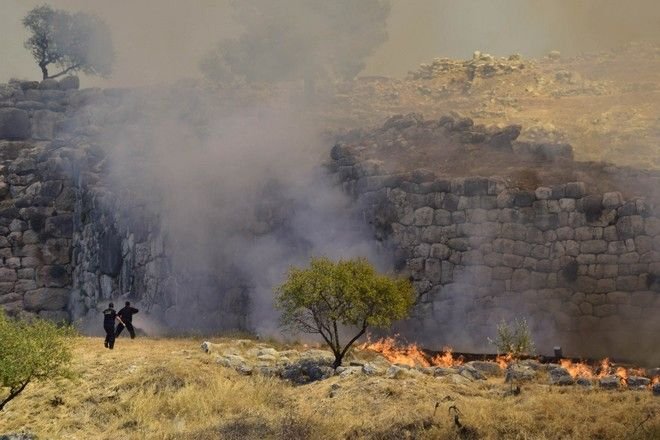 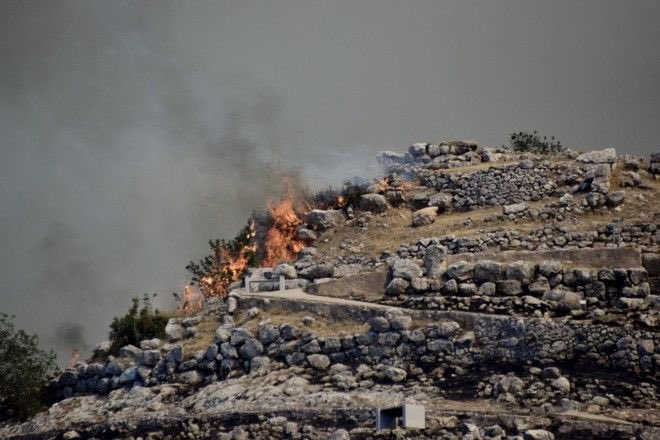 As the fire was still burning, an evaluation of the damage can be done once the blaze is extinguished. 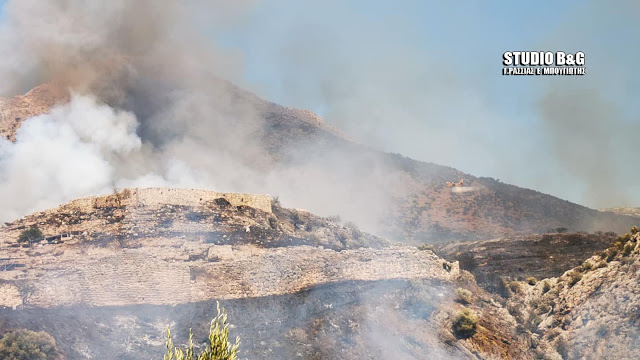 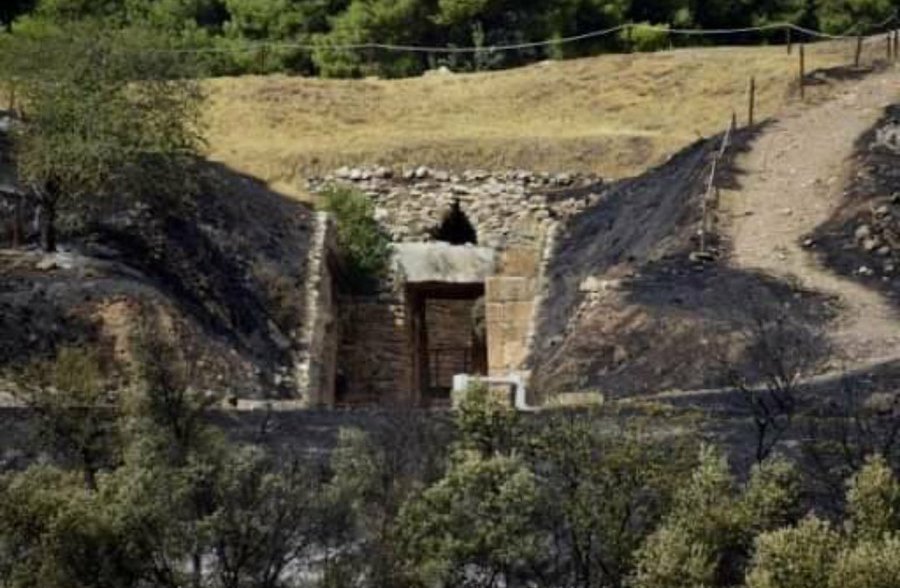 In statements to state-run news agency amna, head of the Peloponnese Fire Brigade Thanasis Kolyviras confirmed that the flames entered a part of the site and burned dry grasses without threatening the museum.

Visitors and staff at the archaeological site of Mycenae were earlier evacuated as a precaution after the fire broke out in an area of forest and agricultural land in the vicinity.

A force of 56 fire fighters, two ground teams and 17 fire engines, assisted by four aircraft and two helicopters, are currently working to put out the blaze.

The fire burned mostly dry grass, the clearing of which near the walls prevented it from getting inside, the Ministry said adding that the museum, north of the citadel, was never threatened.

Due to low winds, the fires still burning can be controlled, media reported. 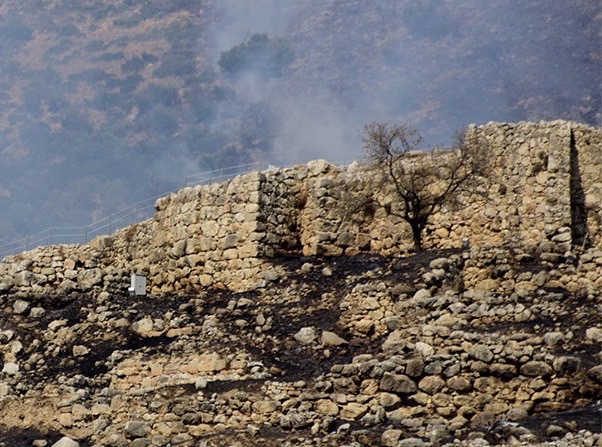 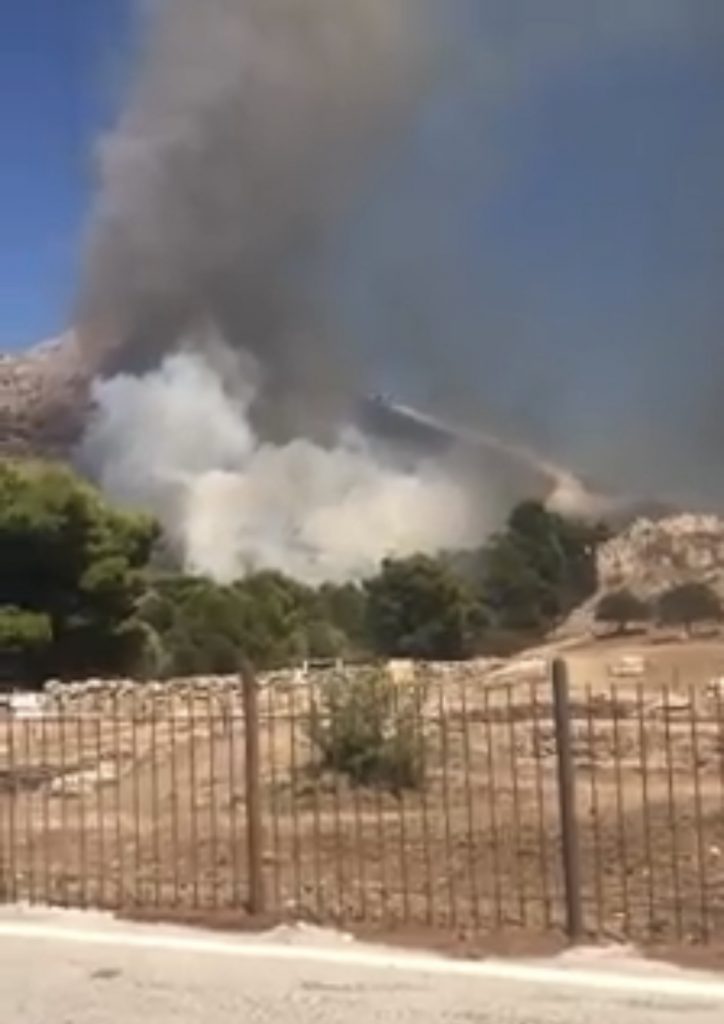