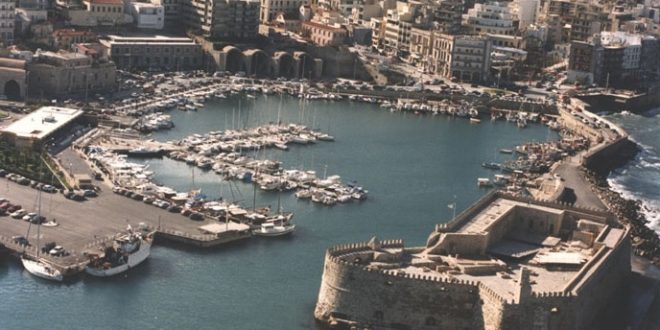 Greece’s Civil Protection announced on Monday afternoon a series of extraordinary restrictions including the mandatory use of mask in- and outdoors in Heraklio on the island of Crete. After Chania, Heraklio is the second regional unit on Crete where restrictive measures are imposed.

The strict restrictions aim to contain the spread of the coronavirus on these two islands. The restrictions are similar to those imposed on other touristic destinations such as Zakynthos, Lesvos and Mykonos

According to a statement by the Civil Protection the measures were decided based on the new epidemiological data in Heraklio and in consultation with the country’s epidemiologists.

-. Prohibition of operation of all catering sector facilities (restaurants, bars ect) from 12 midnight until 7 o’ clock next morning.

–  In the dining areas a maximum number of people allowed at each table is 4. For the case of families and first degree relatives allowed are up to 6 people.

It is noted that in consultation with the Ministry of Finance, affected  businesses may suspend employment contracts.

The Civil Protection press release recalls that Chania, Halkidiki, Mykonos, Paros, Antiparos, Zakynthos and Lesvos remain in the regime of restrictive measures that were extended until mid-September last Friday.