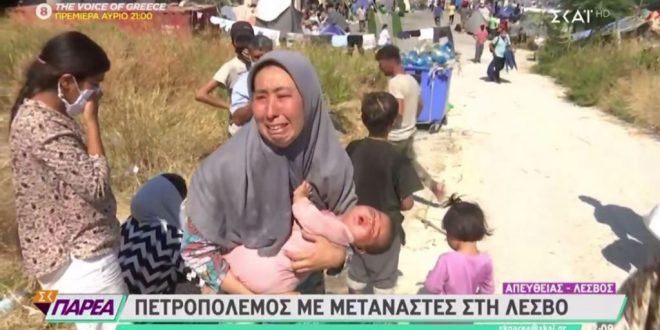 The new born baby of Afghan origin developed fever and respiratory problems and was transferred to the hospital where it was diagnosed positive to coronavirus.

The baby’s mother was also tested positive to Covid-19.

According to local media stonisi, the baby will need intubation in a pediatric ICU that the hospital on the island does not have.

Together with the mother, the refugee baby is scheduled to be transferred with a special ambulance flight to Athens.

It should be noted that the woman and the newborn are not included in the 35 refugees and asylum-seekers who were tested positive to the virus or their contacts. 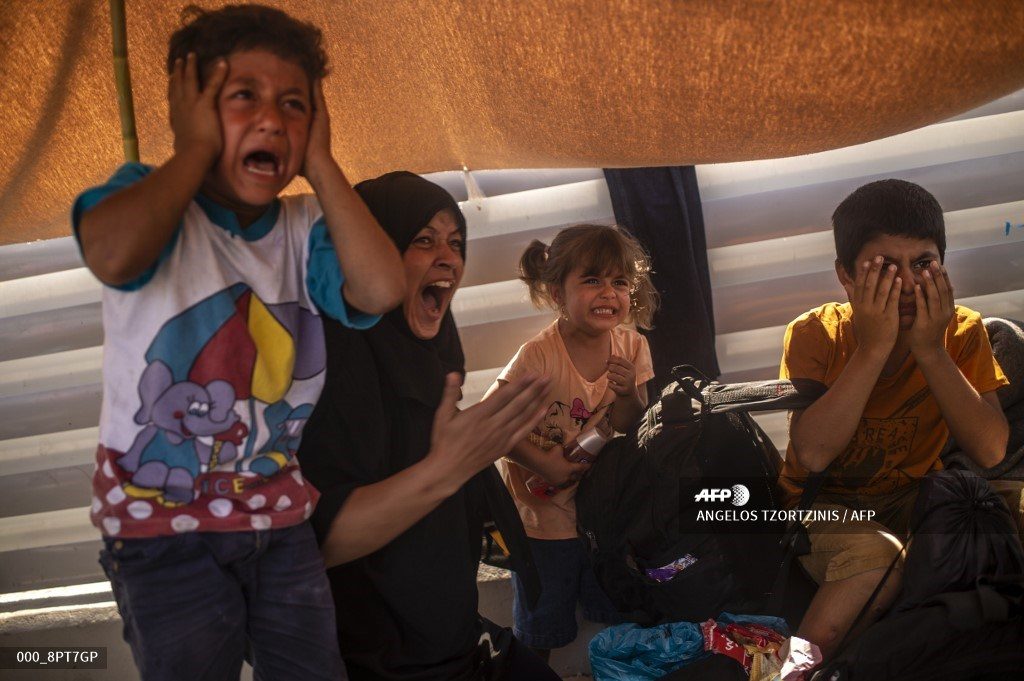 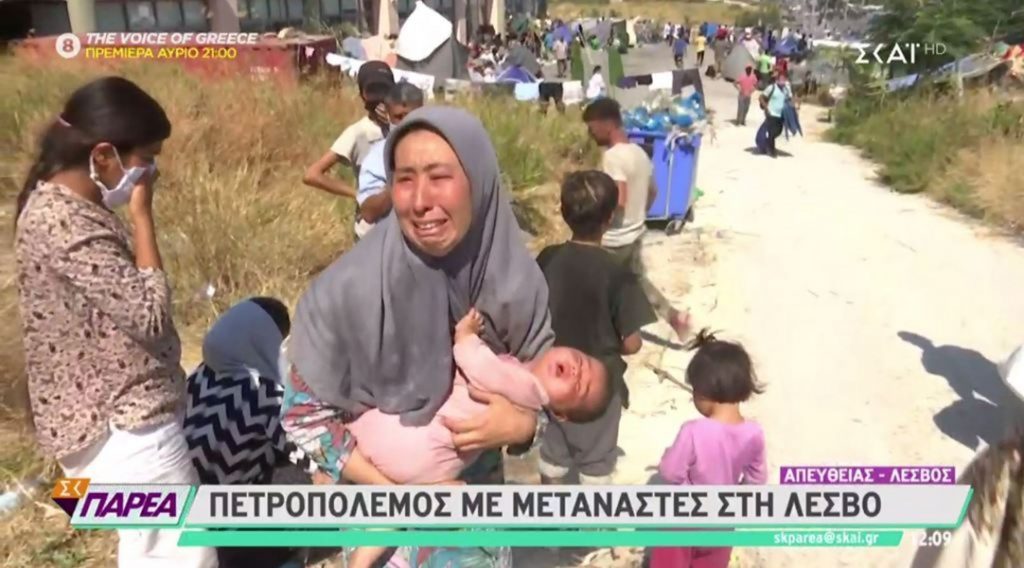 Earlier on Saturday, tension went high again, when a group of the stranded refugees launched a protest and some threw stones at police. 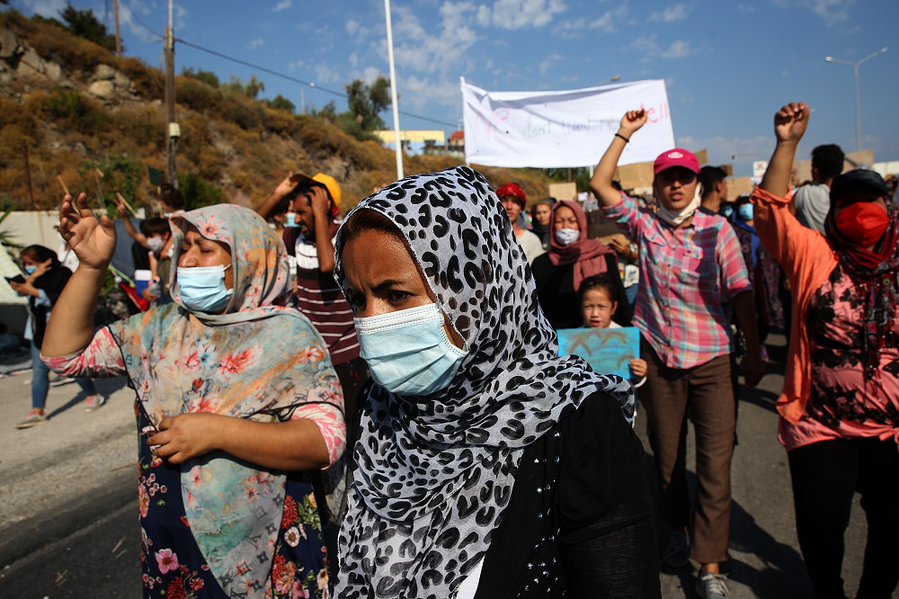 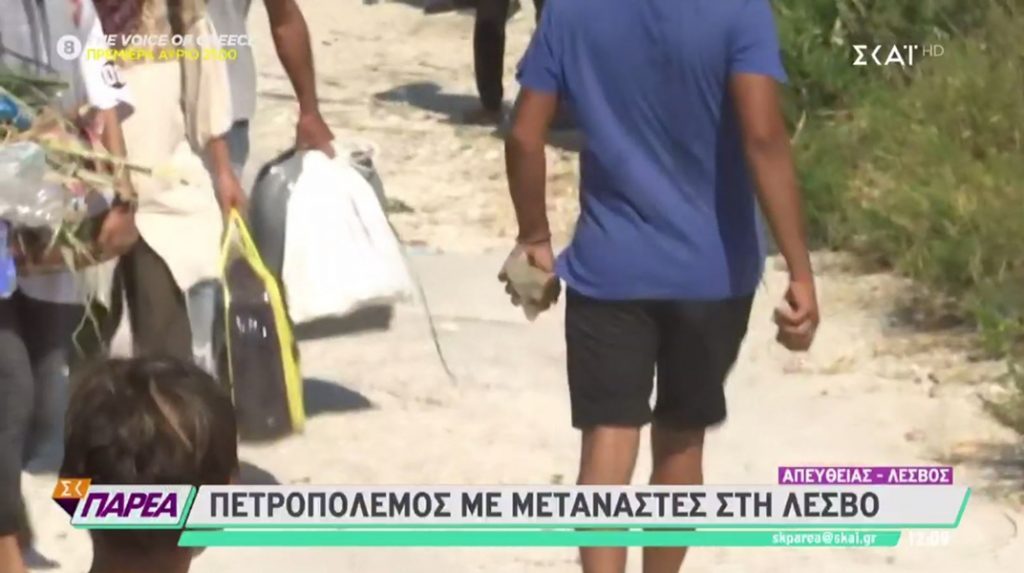 ❗️❗️❗️❗️
Teargas is being shot at #refugeesgr on the street between #Moria and Mytilini, where refugees are being blocked for the 4th day, without access to shelter, water, food, medicine or any services. #LeaveNoOneToDie #SOSMoria pic.twitter.com/NGiZ8qvhPg

According to a report by state broadcaster ERT TV, mostly children and women have suffered from the tear gas, some were even hit by stones and many sought medical help at a tent set up by the Medicines Sans Frontieres.

Some of the protesters demand to be allowed to leave the island, some others simply want food, water and a roof over their heads.

#Greece #Lesbos #Moria #refugees
The protest was loud but peaceful.
At the end, some frustrated refugees threw stones, plastic bottles at police officers who answered with tear gas
Three were arrested
People fainted, some were evacuated by ambulance

The first 500 tents have been set up by the Greek Army for the new provisional camp in Kara Tepe, while thousands spent the fourth night on the streets. 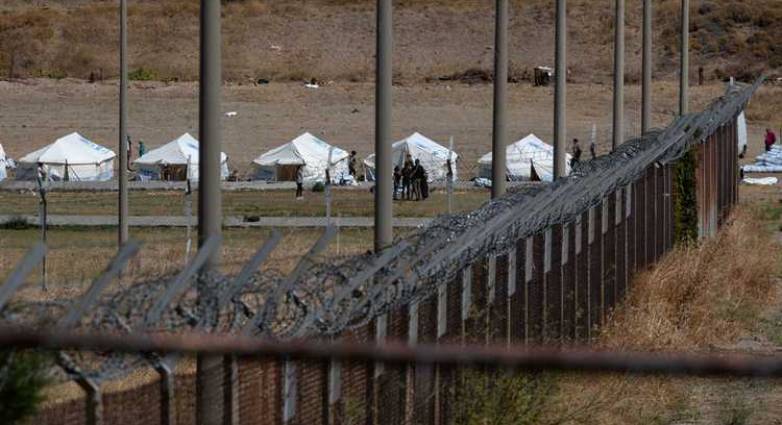 Some 3,000 people, mostly vulnerable are reportedly expected to be hosted in this camp. 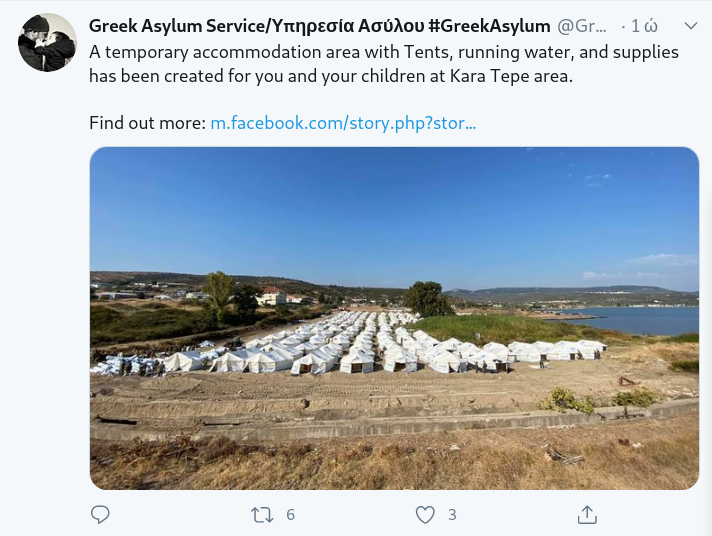 The camp at Kara Tepe opened its gates on Saturday afternoon, the first 40 people reportedly moved from the streets inside. 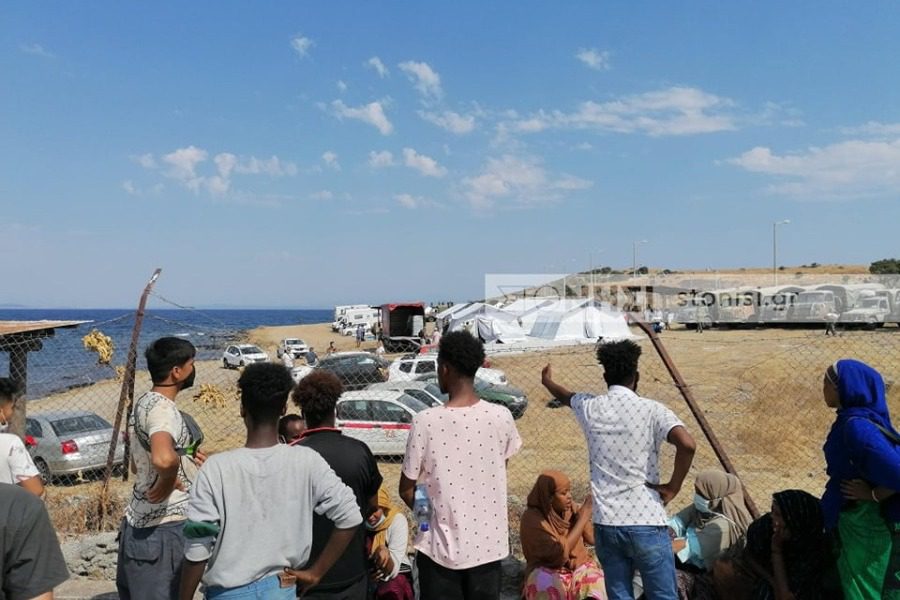 And the rest 9,000 people from the burned down Moria camp? Nobody seems ot have an answer right now, except for the government plan for a “closed, controlled facility” on the island.

European Commission Vice and Commissioner for the European Values, Margaritis Schinas said on Friday, that the Commission will partly fund and co-manage the new camp. The facility plans are expected end of September.

PS Over two weeks until the EU plan is ready. How many should we add until the camp -which is controversial due to its structure – stands?

*thumbnail picture is from Saturday during the clashes between protesting refugees and police.