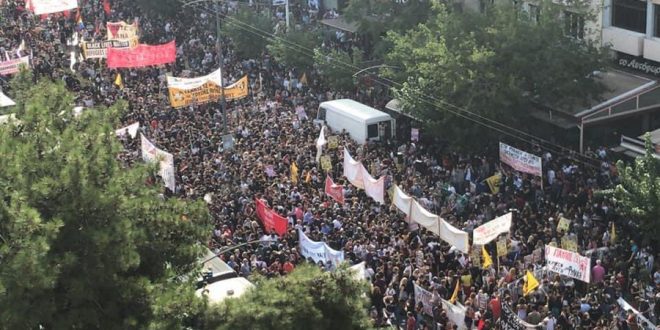 Large crowds of people have gathered outside the Appeals court in downtown Athens on Wednesday morning, awaiting for the verdict of the neo-nazi Golden Dawn party. Five and a half years after the trial started and 453 sessions, the moment for the judges to announce the decision that will write history has come.

Almost 10.000 people have gathered already outside the Court of Appeals ahead of the ruling regarding Neonazi Golden Dawn party.
#theyarenotinnocent #ΔενΕιναιΑθωοι #GDtrial pic.twitter.com/POAgrI9RmS

Judges will rule whether the GD party operated a criminal organization, carried out attacks and murders on migrants and political rivals.

They will also rule on the fatal stabbing of leftist rapper Pavlos Fyssas in 2013 by GD member Giorgos Roupakias,, on the brutal attacks against a group of Egyptian fishermen and PAME-unionists affiliated with the Greek Communist party KKE.

It was the murder of Pavlos Fyssas that triggered the judicial investigation into the party that emerged to power from the financial crisis and terrorized and murdered activists and migrants and insulted democrats, thus making the monstrosity of fascism and racism mainstream and poisoned the Greek society.

Crucial in today’s verdict is whether the judges find that the GD political leadership a criminal organization, whether the 18 MPs at that time, incited, ordered and instructed the raid squads to commit racists attacks and murders, and thus according to a plan.

Inside the courtroom are family members of the victims, lawyers and representatives of left-wing political parties.

The 68 defendants, Golden Dawn leaders, former MPs and members, are not obliged to be present.
However, 11 of the defendants are present. Absent are all 20 defendants charged with the establishment of criminal organization, the political leadership of the party including those high-ranking officials who have meanwhile left the party.

She started with the case of the murder of Pavlos Fyssas.

Roupakias guilty of murder on intent

On charges of the attempted murder of Abouzid Embarak and other Egyptian fishermen, all 3 defendants are found guilty

Note that Lagos is a MEP at the European Parliament.

The remaining other ex MPs as well as two local branch leaders were found guilty for being members of the criminal organization.

Upon hearing the verdict, the crowd outside the court cheered and applauded.

the moment the crow hears the verdict:

State broadcaster ERT reported that police estimated the crowd to be 15,000-20,000 people.

A group of people outside the court is said to have hurled molotov cocktail bombs at police squads who responded with tear gas and water.

This is how Greek police disperses peaceful crowds cheering for a long awaited verdict. #GDtrial pic.twitter.com/UyMZhK3hY9 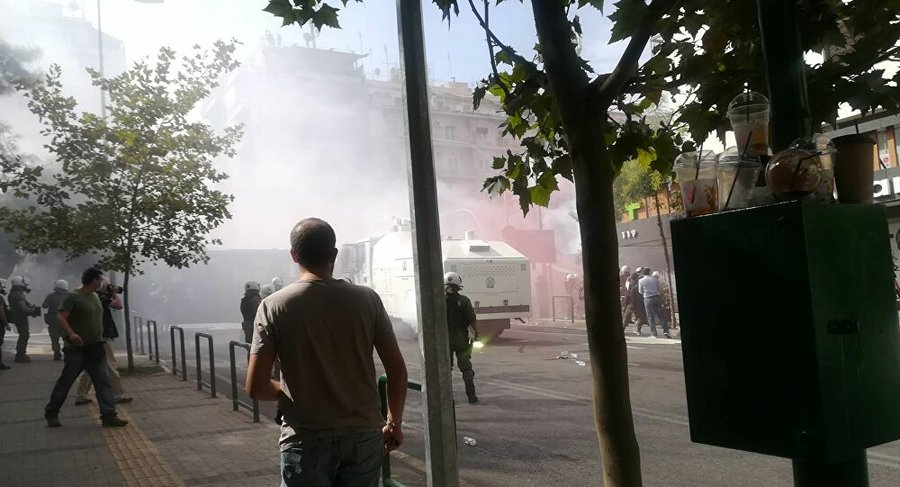 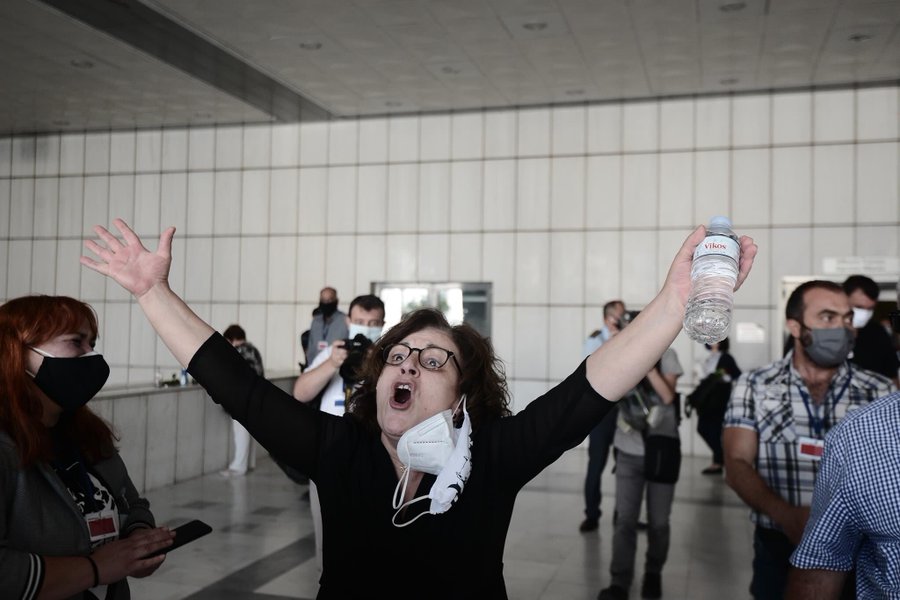 Madga Fyssa cheers upon hearing the verdict. Palvos’ mother did not a single court session seeking justice for her son, murdered at 33.

All verdicts were unanimous.

This process may take up to four days.

The announcement of sentences is expected at a later date.

As the main actor are not in the court room it is unclear whether the Court will order their arrest.

It is also unclear whether their arrest will be suspended if they appeal today’s verdict.

It is the first time in modern Europe that a political party elected and represented in a national Parliament and the European Parliament has been found to be a “criminal organization.”

The snakes head is cut but its eggs are still here and some have already hatched.

Thank you for following KTG’s Live blog from Athens.