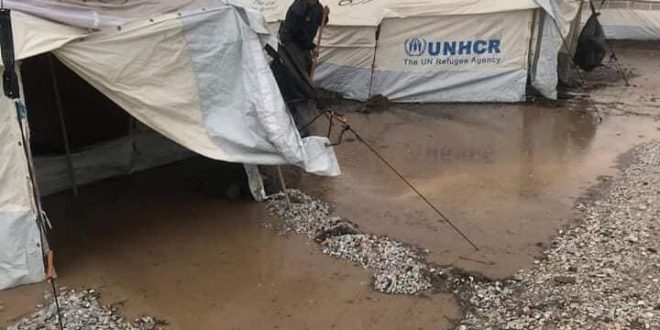 Dozens of tents were flooded and large parts of Kara Tepe refugee camp on the island of Lesvos came under water after a strong rainfall on Thursday, an expected development as many people warned about from the very first moment the camp was set up.

the European Commission slogan “No More Moria” turned into “flooded Kara Tepe” instead.

The rainfall destroyed 80 out of 1,100 tents and left families with children and elderly again without a roof over their heads. 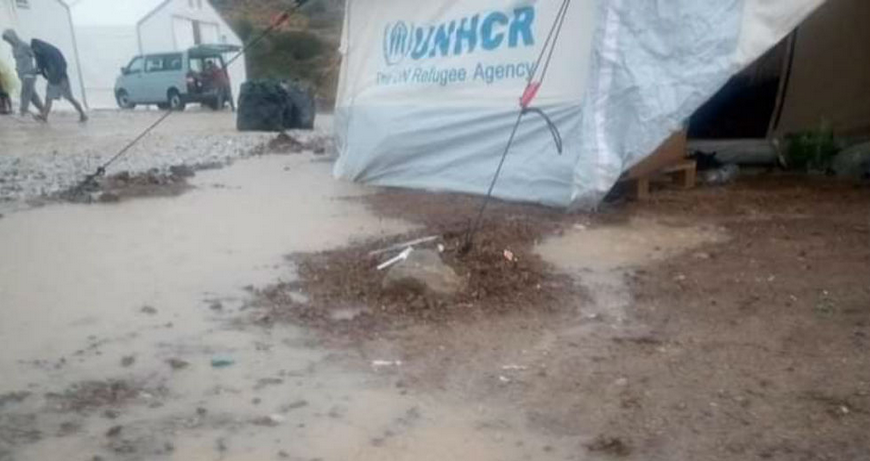 Note that some of the tents have no ground

Some tents filled with water, but there was nowhere else to go for the people living there.

Many worry how the thousands of refugees and migrants at the camp on Lesbos, Greece, will make it through the winter. pic.twitter.com/BqahYgoYc8

3 out of 15 demarcated areas in the camp stand under water. 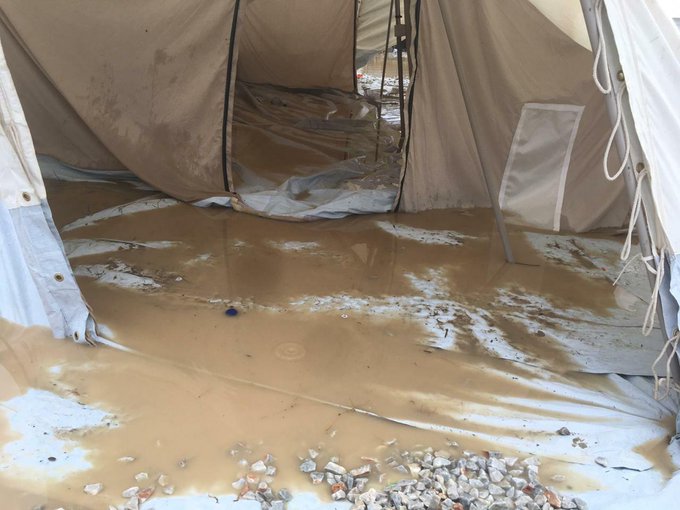 For the Migration and Asylum Ministry reason for the floods is the heavy rainfall and the hastily way the camp was set up due to the fire in Moria hotspot.

Today it rained in Lesbos and this is how people inside "Moria 2.0", the new camp, have to live.

Photos sent from asylum seeker living in the camp.

He has been in Greece for 10 months already, and still doesn't know when his asylum interview will take place. pic.twitter.com/NrTG2ofi1L

“It is obvious that a temporary structure that was built in a few days will face problems, however, the problems have been addressed immediately,” Ministry sources said according to local media.

The sources said that the services of the Migration Ministry that operate in the field, in collaboration with Civil Society volunteers, have already proceeded to:

Transfer of residents to flooded tents, to common areas (rub halls) , where they will remain until further notice.
Restoration or removal of the approximately 80 tents affected, as 2,500 residents have already left the temporary structure in Kara Tepe and additional 1,300 will leave for relocation abroad.
Distribution of waterproof covers in order to strengthen the roofs of the tents.

Drainage works are expected to be concluded in a week.

“After all, winterization projects are in progress from the first moment,” the sources said..

They added “the effectiveness of the first infrastructure and protection projects is proven by the fact that the overwhelming percentage of the structure was not affected by the rainfall.”

The Migration Ministry submitted a relevant Technical Bulletin totaling 5,580,000 euros to the Ministry of Development and Investment, which has already been approved and the projects will be implemented immediately. The projects are funded by the European Union “.

The sources stressed that the damages in Kara Tepe demonstrate the need for the immediate implementation of the project of the new closed / controlled structure, a structure that will offer better living conditions, modern facilities and more security.” 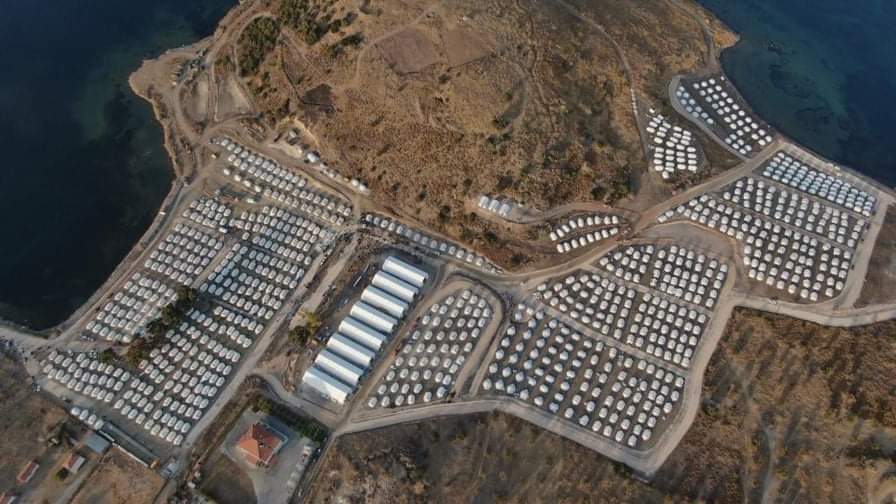 PS all in all the Greek Migration Ministry is satisfied with its accomplishments then “only 80 tents were flooded.” Thank goodness,  the rain did not come from the other side flooding another 80.

And it is still autumn…

The United Nations High Commissioner for Refuges warns of worsening conditions ahead of the winter.

Greece: A month after Moria fires, UNHCR warns of worsening conditions ahead of winterhttps://t.co/kouDh0zhML

But what does the UNHCR know….