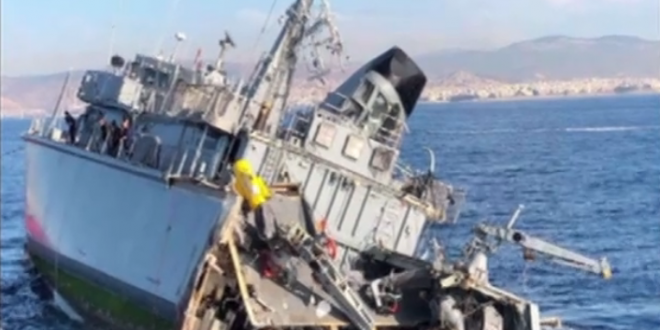 Two sailors were injured when a container ship rammed a minesweeper of the Greek Navy outside the port of Piraeus in the Saronic Gulf on Tuesday morning. Minesweeper KALLISTO was heavily damaged in the stern and took in water, crew members fell into the sea and suffered minor injuries.

The stern of the minesweeper was cut off. 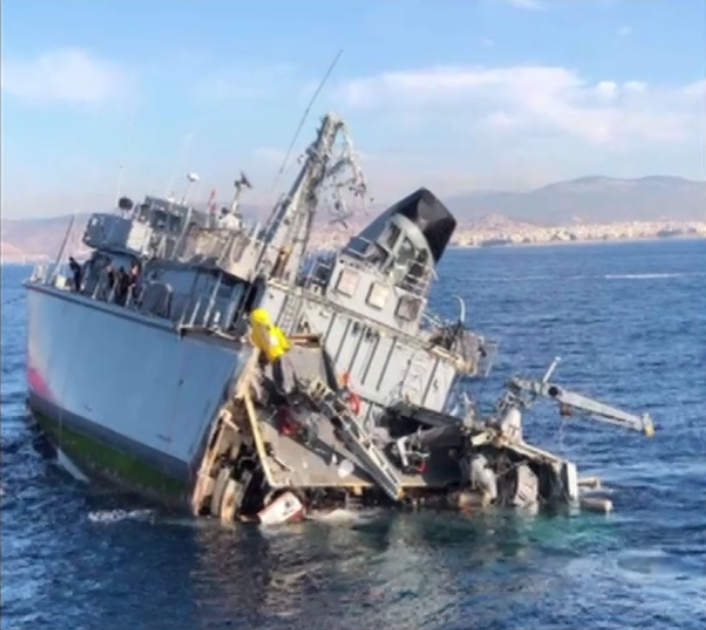 The injured and the rest of the crew were transferred to hospital, an operation underway to tow the minesweeper to the nearest navy base.

According to reports, cargo vessel MAERSK LAUNCESTON hit in the stern minesweeper KALLISTO as it was exiting the Navy base in Salamina around 7:30 in the morning. The accident took place 4 nautical miles off the islet of Psitalia by the port of Piraeus. 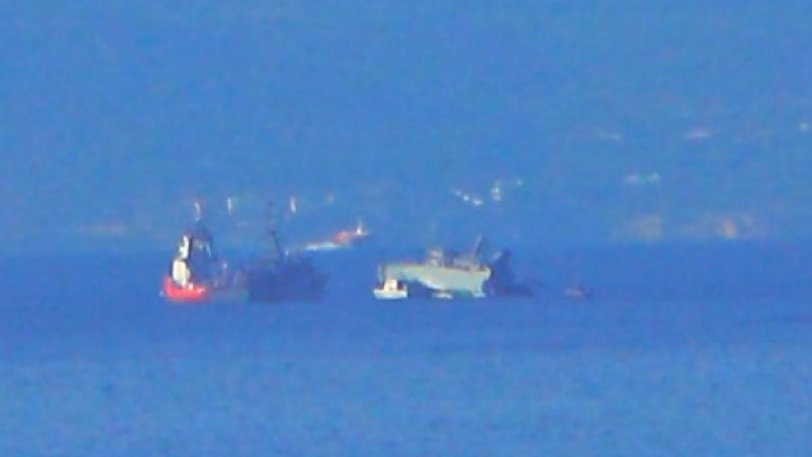 KALLISTO was damaged and started taking in water, while four members of its crew reportedly fell into the sea. 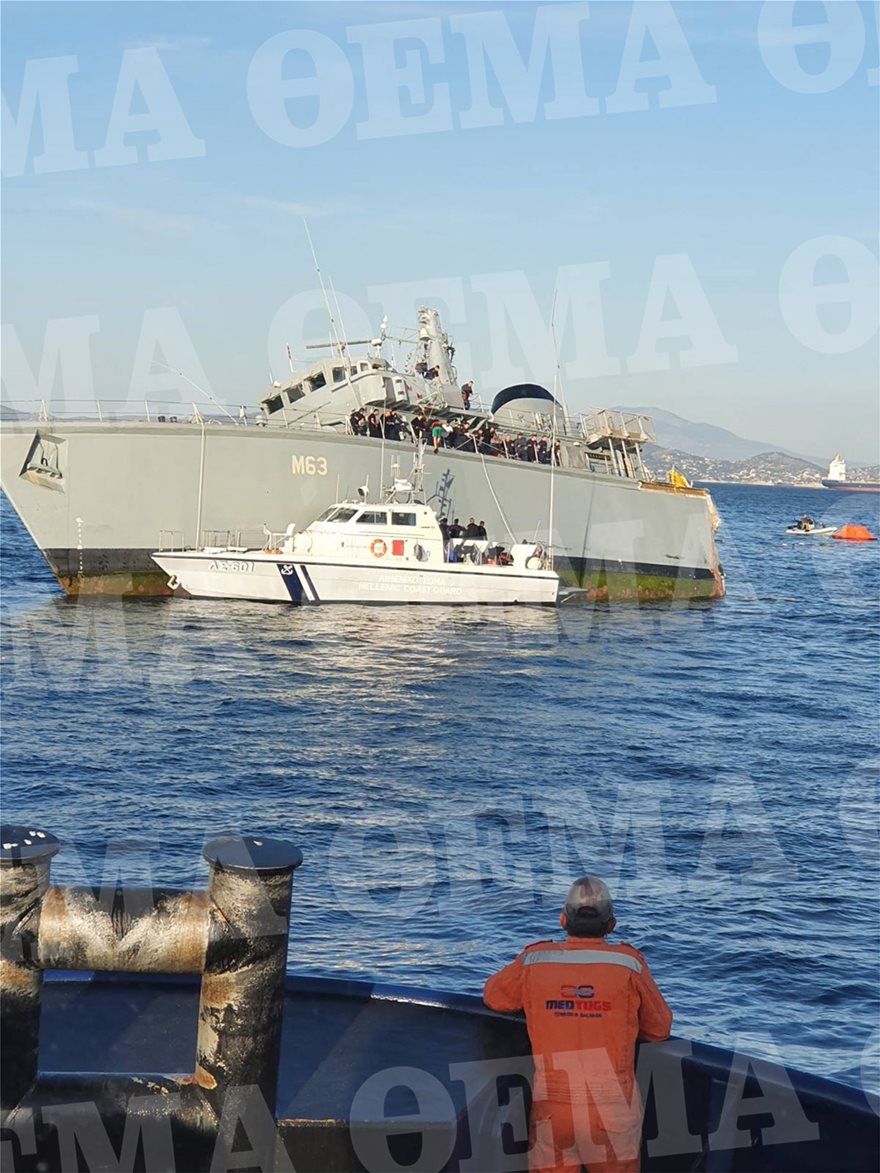 Coast Guard vessels and other ships nearby approached the accident spot and evacuated the 27 crew members of the Navy ship.

The 57-meter long minesweeper had exited the navy base of Salamina, while the 266-meter Portuguese-flagged container vessel had left the container hub of the port of Piraeus at 7:11 am. 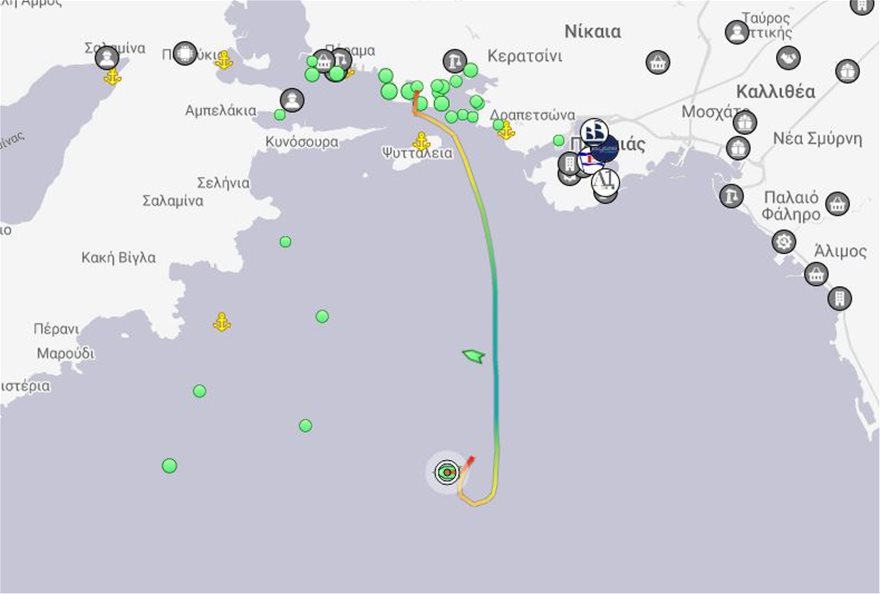 According to state broadcaster ERT the container vessel was sailing with a speed of 16 knots and its destination was the port of Cannakale in north-western Turkey.

All crew members of KALLISTO have been taken to the military hospital in Athens as a precaution.

As the tow operation continues, authorities have launched investigation into the cause of the accident.

According to preliminary information, the ???

An operation is under way to tow the ship to safety, while an investigation has been launched into the cause of the accident.

The Coast Guard has dismissed earlier media reports that the captain of the container ship was arrested. The captain was still on board, Skai TV reported early afternoon. 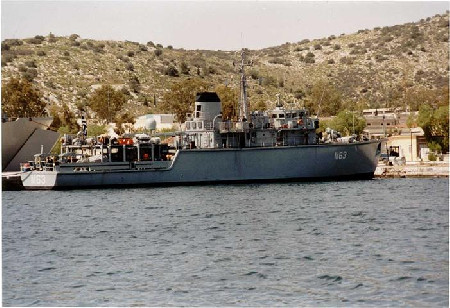 KALLISTO of Hunt Class is one of the 12 minesweepers of the Greek Navy.