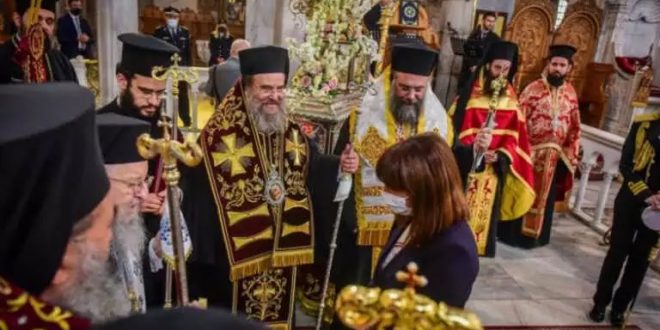 Bishop positive to COVID-19, high-ranking clergy in panic after festive service in Thessaloniki

High-ranking clergymen are on alert after one bishop was tested positive to Covid-19, just two days after the festive service to honor Saint Demetrios, the patron of Thessaloniki on October 26. 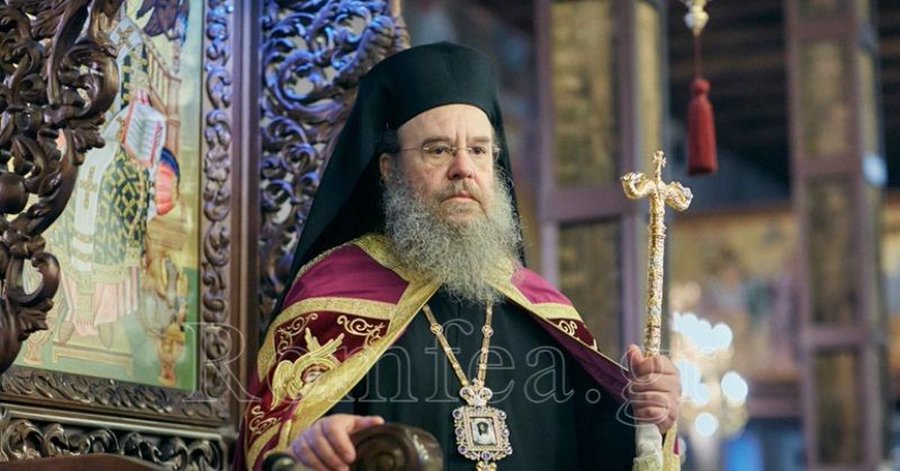 The positive test result was announced in a statement by the Holy Diocese on Saturday and triggered panic among the other seven Bishops who participated in the service without wearing masks or keeping social distance.

Worth noting that the religious service took place in the presence of the President of the Hellenic Republic Katerina Sakellaropoulou.

Upon hearing the Bishop Theoklitos was positive to Covid-19, the clergy rushed to undergo tests in private clinics in the city in northern Greece that has an alarming number of infections. Media reported Sunday noon that all their tests turned out negative.

It is not known whether also President Sakellaropoulou had a test.

Bishop Theoklitos is in home isolation, the offices of the specific Metropolis will remain closed for 14 days.

Following the the Bishop’s test, the Diocese issued a statement urging the faithful to wear a mask in- and outside the churches and pray for the Bishop.”

Bishop Theoklitos was filmed  in April telling the congregation that the virus is not transmitted in the church or through the Holy Communion.

Late on Sunday, he issued a statement saying that he did not contracted the virus in St Demitrios church or any other church. He did not elaborate further.

Despite the fact that the regional unit of Thessaloniki was already in “Alarm Level Category RED” and special restrictions were imposed, both the clergymen and the faithful ignored them. 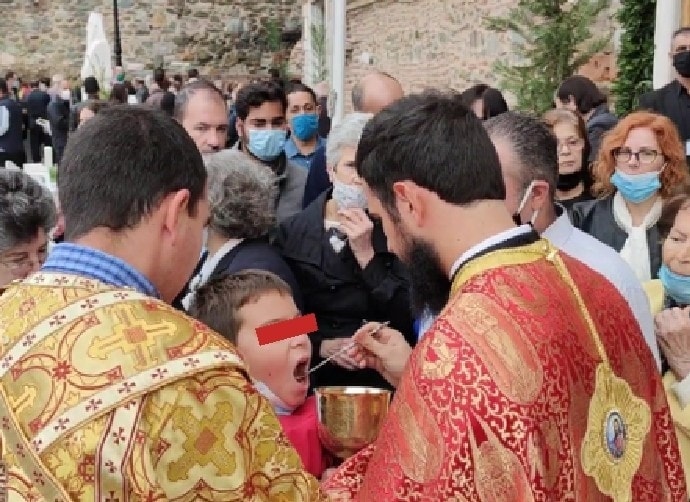 Crowding in- and outside the church of St Demetrios was ongoing for two consecutive days and authorities turned a blind eye, apparently not wanting to disturb the holy festivities.

The situation in Thessaloniki is considered as “crucial” due to the rapid increase of new infections that reached 839 alone on Saturday and the immense pressure on the health care system.

One local hospital reported that 87 people with Covid symptoms were admitted for hospitalization on Saturday.

With the coronavirus almost out of control, the Greek government will place several regions in partial lockdown from November 3, 2020, and for one month. Thessaloniki and Attica re among these regions.

Catering industry will close down, but not Churches and schools.